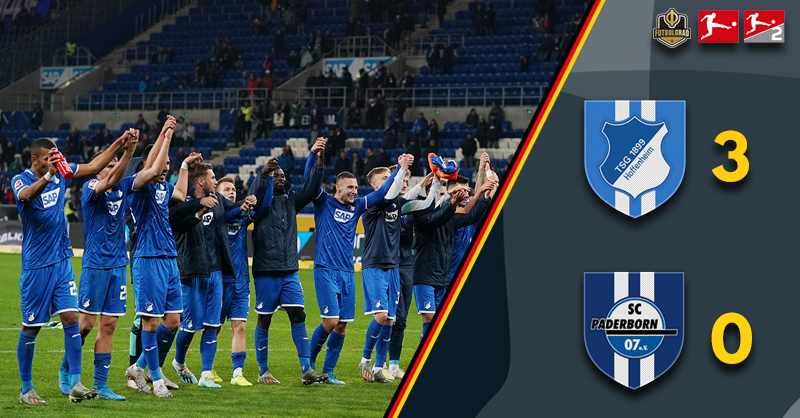 Hoffenheim registered their fifth straight win in all competitions with a comfortable 3-0 victory over Paderborn at the PreZero Arena.

The hosts required just two minutes to take the lead as Robert Skov sent a swerving free-kick past Leopold Zingerle. It should have been 2-0 not long after, great work from Florian Grillitsch to release Ilhas Bebou who dragged his shot wide with just Zingerle to beat.

Benjamin Hübner made a strong start to the game with some crunching challenges before the hosts extended their lead in the 15th minute. Jürgen Locadia and Skov began the move, Lukas Rupp and Grillitsch combining to tee up Pavel Kadarabek who finished into the bottom corner.

Paderborn’s first chance came in the 19th minute when Sebastian Vasiliadis released Oliveira Souza, but his shot was too close to Oliver Baumann who punched it away. The visitors were attempting a high press but Hoffenheim simply sucked them in before releasing their speedsters.

In the 25th minute, it was 3-0 and game over. Grillitsch was involved once again, he released Kaderabek who crossed to Locadia, the Dutch forward stepping inside Mohamed Dräger with ease and stroking the ball past a helpless Zingerle.

Bebou attempted a difficult shot before latching onto another Grillitsch through ball, this time his shot was saved by Zingerle from a tight angle. Steffen Baumgart had to do something to turn the tide at half time so he hooked Mohamed Dräger and Oliveira Souza for Laurent Jans and Streli Mamba.

Kaderabek was heavily involved to start the second half with a shot blocked, a cross cleared before heading Skov’s free-kick over the bar. Hübner made a crucial challenge on Mamba and Abdelhamid Sabiri’s free-kick sailed over the bar with Paderborn looking like they would never score.

Sargis Adamyan replaced Locadia in the 69th minute before Baumgart made his final switch, bringing on Sven Michel for Ben Zolinski. Adamyan should have made it 4-0 not long after being introduced, receiving the ball at the back post but denied by Zingerle who made a miraculous save.

Not much to report from Sinsheim after a very easy 3-0 Hoffenheim win. If you have any reasons why Paderborn can escape relegation I would love to hear them because I don't see it happening. pic.twitter.com/bz2ZmnDQ9C

Jans tried his luck from distance but resistance was futile for Paderborn. Lukas Rupp made way for Dennis Geiger, Christoph Baumgartner replaced Ilhas Bebou as the game cruised towards a timid conclusion. 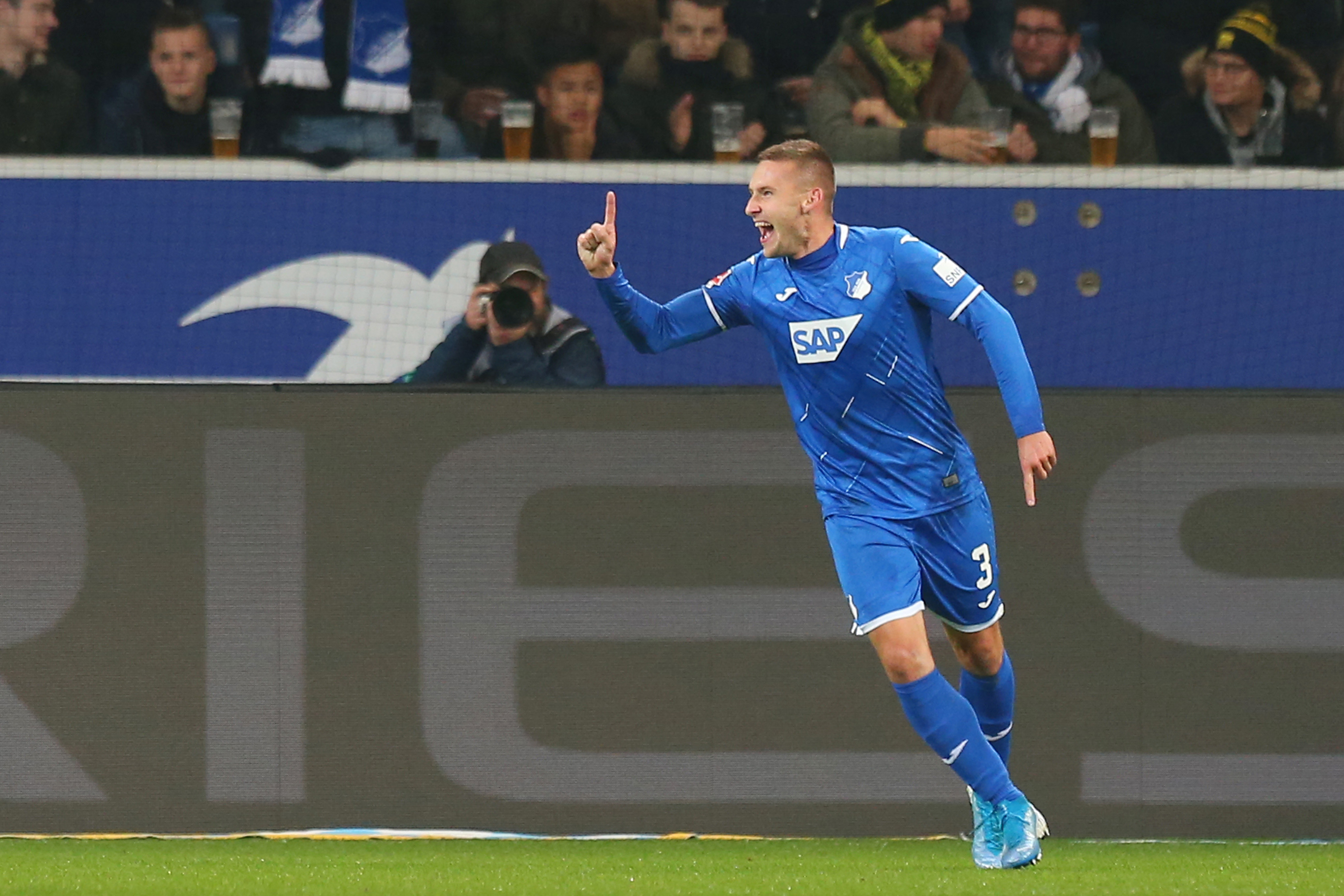 Kaderabek saw plenty of space on the right-wing and made it count. Was on the spot to make it 2-0, assisted Locadia for Hoffenheim’s third and was a constant threat at the start of the second half, his cross taking a touch off Bebou before Adamyan’s shot was saved.

Ran the show from central midfield, creating a number of chances but credited with only one assist, not a true reflection of his importance. A commanding performance from an underrated player who is in great form.

Locadia combined well with Skov which started the move that produced Hoffenheim’s second goal. A nice touch and finish to score Hoffenheim’s third goal and a solid all-round performance to put himself in contention for a regular starting spot.