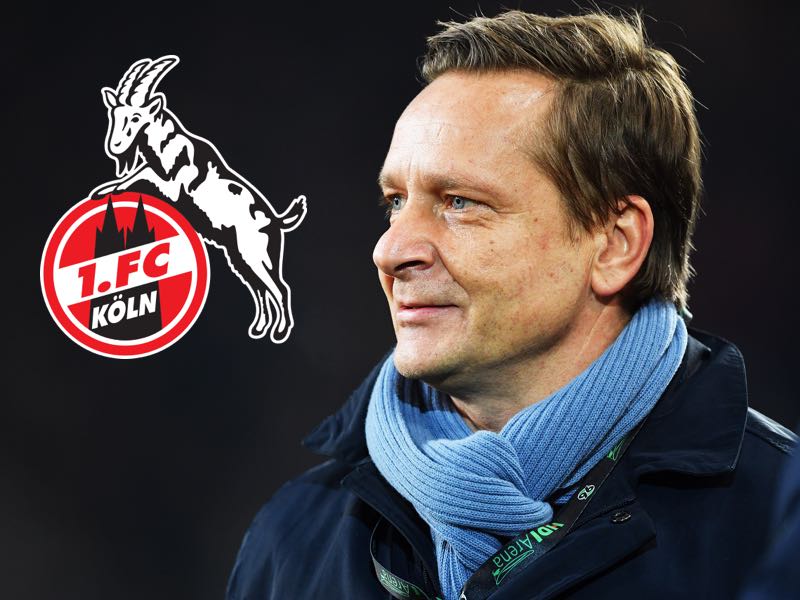 Following Köln’s 1-0 victory over Arsenal on Thursday night Horst Heldt’s potential move from Hannover 96 to Köln quickly became the main topic in the Domstadt. The sporting director has done a fantastic job putting together a strong side in Hannover that has surprised many in the Bundesliga this season and at one point was even on top of the table.

Arriving in Hannover this afternoon it was, therefore, no surprise that the Futbolgrad Network was confronted with more headlines regarding Horst Heldt and his potential move to the Billy Goats. But where Köln’s press was applauding the potential return of the lost son Hannover’s newspapers were downtrodden. The fear is that Hannover could lose the brain that put together an attractive Hannover side without being able to replace the sporting director.

Horst Heldt Dominated the Headlines in Köln and Hannover

Just ahead of Hannover’s game against Stuttgart the German paper Bild reported ahead of the match that Heldt has already told Hannover president Martin Kind that he would like to move to his hometown club 1.FC Köln. Officially, Hannover have denied him a move, but sources have told the Futbolgrad Network that Heldt could move clubs should Köln be willing to part with €2.5 million.

Following the game, Heldt has told the media that there is an interest on both sides. Hannover head coach André Breitenreiter in the meantime told the media following the game: “I am aware of the rumour, but I have always closely worked with Horst.” Pressed on the topic Breitenreiter admitted: “We are used to working with these kinds of turbulence. It would be too bad if Horst would leave the club, he has been key in signing some good players for us this summer, and it is too bad that these rumours are overshadowing the good work we are doing here.”

For Hannover, this is a difficult situation. Heldt seems adamant to make the move to his hometown, but the club would have a very hard time replacing the sporting director. The current sporting director market does not include potential replacements. Names like Jan Schindelmeiser and Klaus Allofs would be available, but both had their reputation burned at their respective clubs—Stuttgart and Wolfsburg respectively. Former Köln sporting director Jörg Schmadtke would be available it is, however, unthinkable that he would return to Hannover.

Heldt Could Become the Most Expensive Sporting Director in Bundesliga History

The difficulties on the sporting director market are highlighted by Bayern München’s inability to find a suitable candidate for the position. Bayern eventually signed Hasan Salihamidzic and the sporting director has somewhat struggled in his first few months at Bayern. Given that the Rekordmeister is struggling to find a suitable candidate Hannover would be in a real difficult position.

Asking for €2.5 million, which would be a record fee in the Bundesliga for a sporting director, would therefore not only save face for a Hannover’s President Martin Kind, who publically told the media that Heldt will have to stay, but would also add further money to the war chest, which could help attract a new sporting director during the winter break.