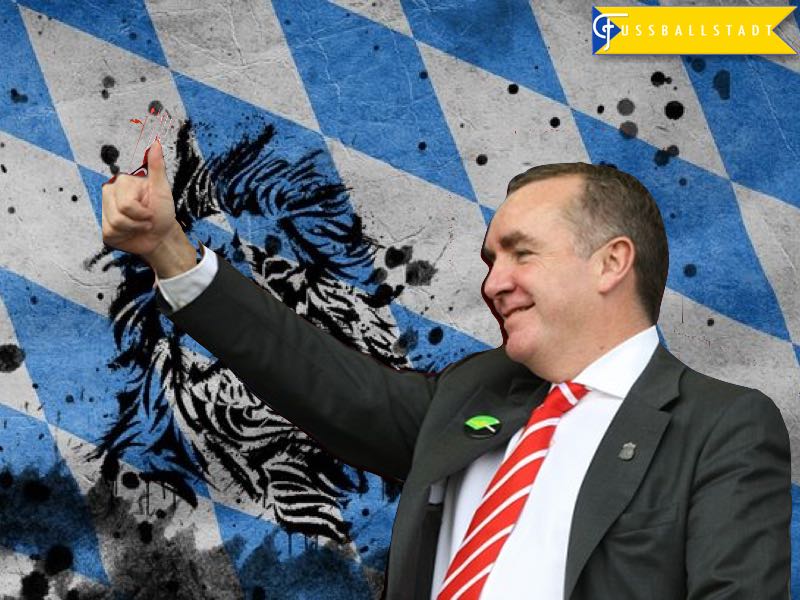 Ian Ayre – A Red takes over the Lion’s Den

One of Liverpool Football Club’s most controversial employees is on his way to Germany. Ian Ayre is leaving his position as Liverpool’s Managing Director to take over as CEO of 1860 München.

Although a widely known fact for some time, it has come significantly earlier than expected. Ayre had given notice he would leave Liverpool last year but was expected to remain in the post until the end of this current season.

As Ian Ayre makes his way to die Löwen what can the club from the Allianz Arena expect?

Originally appointed as a Commercial Director at Liverpool FC in 2009, he was directly responsible for “driving commercial revenues” and “leading and developing businesses in several different regions and sectors of importance to Liverpool FC” to quote his old boss, John Henry, Liverpool’s Principle Owner.

During his tenure as Commercial Director, he oversaw some exceptional business deals. He was an instrumental figure in the removal of Tom Hicks and George Gillett whose ownership led to the famous clubs’ near-bankruptcy in 2010. After their removal, he secured his most notable deal—the shirt sponsorship of Standard Chartered which generated, at the time, a record £80 million over 4 years.

It was due to his business acumen that Fenway Sports Group, Liverpool’s new owners, entrusted Ayre with a promotion to Managing Director in 2011. It was from this moment on, that his popularity with the Liverpool fans began to falter.

A boardroom reshuffle rewarded Ayre with a new role, one that saw him directly involved in transfer negations for players—a notoriously difficult role for someone who was only used to the commercial sector.

Ayre was not without controversy at Liverpool

One of his first actions as Managing Director was to controversially add weight to the Premier League’s ‘39th game’. This was an idea floated whereby a top-flight game would be played outside England each season, potentially as far away as Australia.

This backing was not popular with the local Liverpool fan base. Fans felt that the commercialisation of the game in England had already pushed out many local youths, who simply could no longer afford the price of tickets. It put him into an almost instant head-on clash with the Spirit of Shankly supporters group.

Liverpool’s capture of Phillipe Coutinho, Daniel Sturridge and manager, Jürgen Klopp, will be the standout stories of Ayre’s positive dealings. However, the shadow of failed transfers and a party lifestyle will, unfortunately, cloud the memories.

Liverpool missed out on many targets under Ayre—the list is long: 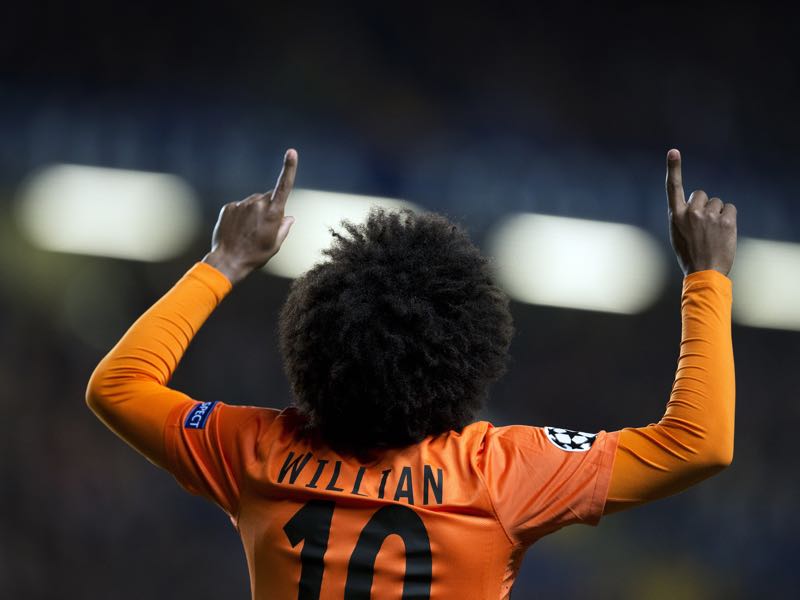 A few are reported to have snubbed Liverpool in search of higher wages but the majority were allegedly due to Ayre’s inability to close deals with the players’ former clubs. It led a strengthening of clubs like Tottenham Hotspur, Chelsea and Manchester United, whilst Liverpool, without additions, weakened—and missed out on European places whilst their rivals entered the Champions and Europa League at their expense.

Ayre was in favour of the £77 ticket

His biggest controversy, though, was a proposed introduction of the ‘£77 ticket’. In February of 2016, Liverpool announced that certain tickets within the clubs’ new Main Stand would be priced at £77 each. For a fan base that already felt it had been priced out of football, it was one price hike too many and culminated in a mass walkout against Sunderland in which over 10,000 fans walked out in the 77th minute—Liverpool were leading 2-0 at the walkout but the atmosphere in the stadium changed immediately.

Liverpool eventually drew the game 2-2 thanks to two late Sunderland goals. Almost overnight, the decision to charge £77 for a ticket was overturned by the owners FSG—Ayre had suffered a major embarrassment. Only days before, he had stated publically that fans should “be careful what they wish for” after many objected to higher prices, and lobbied for a cap at £30 for home and £20 for away tickets.

It is perhaps his party lifestyle that bemused many. Often snapped in nightclubs and riding around Liverpool on a Harley Davidson motorbike, as depicted in the 2012 Fox Soccer documentary “Being Liverpool”, it was a public profile that many wished he didn’t show. Fans were keen for their Managing Director to deliver with signings that could help the team on the pitch—not for a portrait of his life off it.

The most negative story about his off-the-field antics came with another allegation. This time, a report surfaced about two guests he took to a Europa League fixture at the club’s expense whilst in Russia. 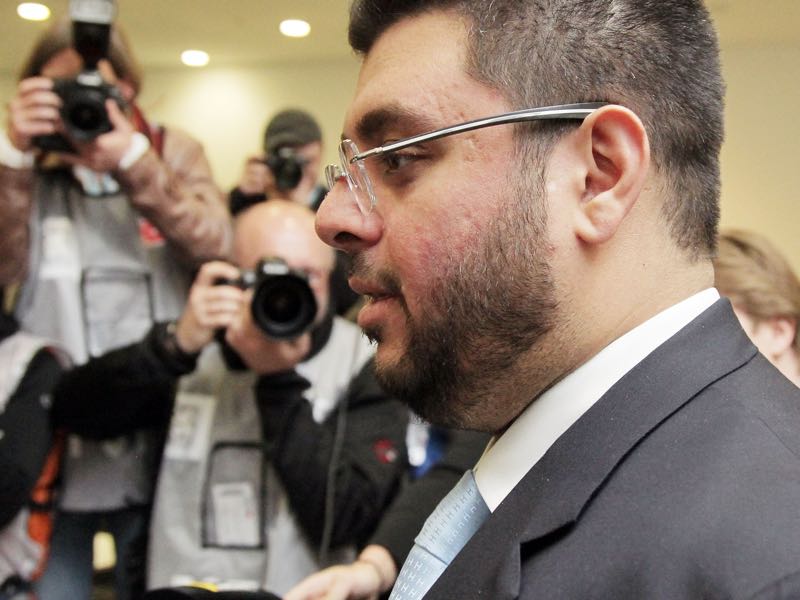 Ayre was pictured with two waitresses in the Twin Peaks restaurant in Kazan—nothing unusual, as players and staff often pose for pictures whilst out in restaurants or relaxing in bars. However, this picture was taken just before the Europa League tie against Rubin Kazan. What made it more astonishing is that a picture surfaced on Instagram some hours later from an account belonging to one of the waitresses’ friends—Ayre had taken one of the waitresses and a friend, to the fixture and they were pictured next to each other for all the world to see.

Ayre came in for particular criticism over this; for many, his party antics had overtaken his boardroom output.

Ayre has the unquestioned talent for securing commercial partners, coupled with an ability to drive a brand upwards. As die Löwen seek a return to the Bundesliga under their new manager, Vítor Pereira, Ayre will be expected to secure players who meet with those expectations. Hasan Ismaik will not tolerate a record of players slipping through their fingers—the Jordanian has big plans for his investment in that he seeks a return to German’s top flight for 1860 for the first time since the 2003-04 season.

With the German game revered across the world for its community ties and its connection with supporters, Ayre also must be careful to adhere to these sacrosanct principles.

Tickets that cost €89 will not be popular, nor will be a pursuit of tourist money at the expense of local supporters. The commercialisation of the game at the expense of local supporters is frowned upon in Germany, and Ayre would do well to head the warnings of events gone wrong at Liverpool. He should be careful what he wishes for regarding his time in Germany—the club supporters will be equally unforgiving in his new home as his last.

Loading...
Newer Post
Aleksandr Samedov and Four other Intriguing Winter Transfers in Russia
Older Post
Dele Alli, Alexis Sánchez and Marco Verratti – A Mega Transfer is only a Question of Time for Bayern