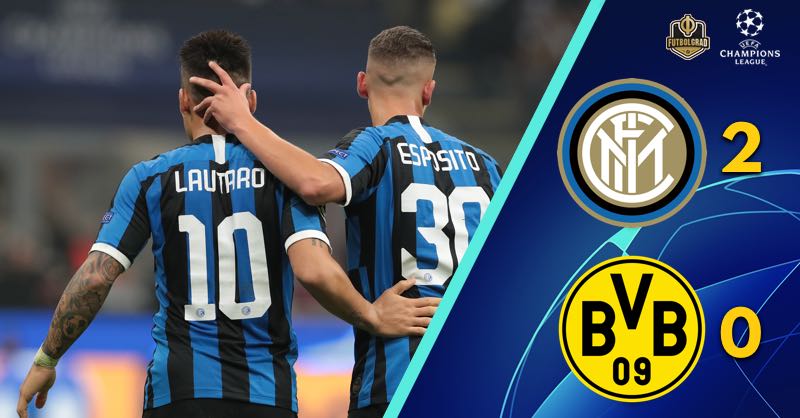 It was a slow start to the game, and it took until the 22nd minute for either side to break through on goal. A great ball over the top by Stefan de Vrij found Lautaro Martínez, the Argentine marginally breaking the offside trap to give Inter the go-ahead goal. The goal played right into Inter Milan’s hands; the Italians could now sit back and force Dortmund into the wide areas. Then finally, in the 45th minute, Dortmund created a chance, Julian Brandt played a great pass to Jadon Sancho, who broke into the box but Samir Handanović well saved his low drive.

The second half started the same way the first half ended. Dortmund had much of the possession and tried to unpick Inter Milan. Finally, in the 64th minute, Brandt had a shot on goal, but once again, Handanović got a hand on the ball. Dortmund had more chances, Sancho saw a shot cleared off the line in the 75th minute. Then in the 82nd minute, Inter had the chance to put the game away. Sebastiano Esposito broke away and was brought down by Mats Hummels inside the box. Roman Bürki, however, stopped the penalty. Dortmund now overcommitted and, as a result, Inter did find a second in the 89th minute, Marcelo Brožović picked out Antonio Candreva’s run, the Italian making no mistake to score from inside the box. 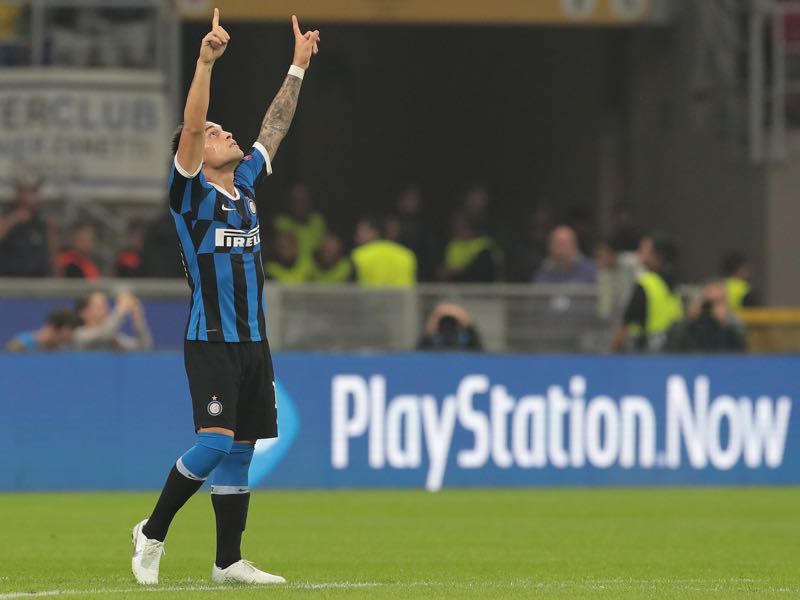 Two years ago, Borussia Dortmund made a last-ditch effort to sign Lautaro Martínez from Racing Club. But Martínez had already given his word to Inter Milan and despite Dortmund’s lucrative offer moved to Italy. With this in mind, it was clear that the Argentine would score today, and he did just that rounding up a good performance against a Dortmund side that lacked a real striker tonight.

The goalkeeper was fantastic whenever needed. Twice Handanović had to make big stops to keep Dortmund off the scoresheet. The Slovenian was also calm and collected whenever asked to distribute the ball to the backline, aiding his club to play well out of the back.

His side did not win, but Bürki prevented even bigger damage. The Swiss keeper suffered an injury against Gladbach on the weekend but showed no signs of being in pain throughout the 90 minutes. Without a chance when Martínez scored, he then stopped the Argentine’s penalty and then again two minutes later when the striker once again broke through.

With headlines in Germany suggesting that Lucien Favre could be replaced by José Mourinho, the pressure will surely grow on the Swiss head coach. Dortmund dominated possession and spend most of the game in Inter’s half. But the Germans lacked decisiveness in the final third to unpick the Italian’s defence.

What was perhaps lacking the most was a typical number 9, a player like Lautaro Martínez. Dortmund lack a striker like him in the squad, even if they have typical goalscorers in Paco Alcacer and Marco Reus. Alcacer, despite his goalscoring ability, has never been injury-free during his time at Dortmund. Reus missed the game with a cold, without the two Dortmund are toothless, which is also a result of their transfer policy.