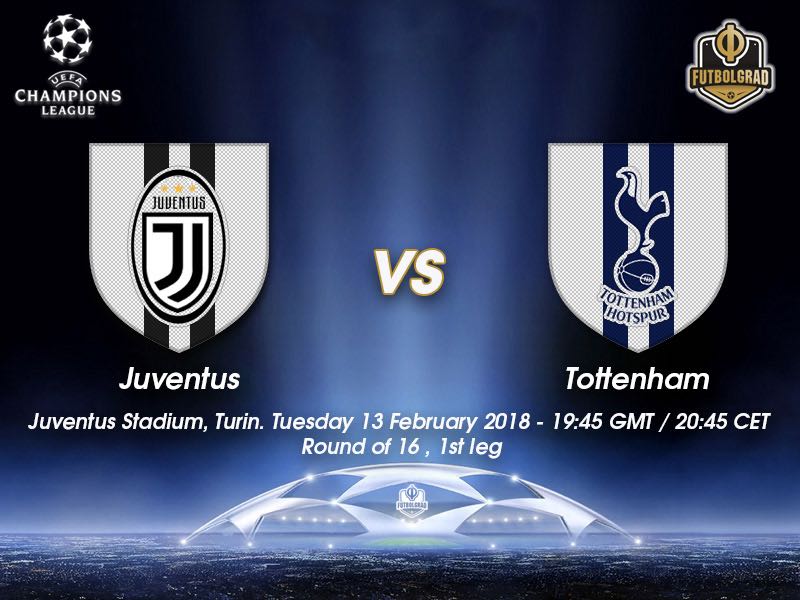 The Champions League match Juventus vs Tottenham will take place in the Juventus Stadium in Turin. (Photo by Emilio Andreoli/Getty Images)

The Champions League round of 16 kicks off Tuesday, and as per tradition, the first knock out stage is spread over the entire month of February with the first set of four games played on Tuesday and Wednesday of this week and the second set of four games played next week. Among the first set of games is the juicy encounter between Italy’s champion Juventus and the English club Tottenham—a team that has perhaps played the most attractive football in the English Premier League in recent years.

Tottenham have had a promising run of form heading into their Champions League match against Juventus in Turin, recently beating Manchester United 2-0 and forcing a draw against Liverpool at Anfield. Perennial Champions League finalist Juventus are the strong betting favourite among Sportsbooks rankings of sites on SportsBettingDime, listed at -107 at MyBookie and -110 at BetOnline to hold serve at home. Bettors can find Tottenham’s odds as high as +333 (at MyBookie). While Spurs are the most fun team in the Premier League, it does not seem likely that they will live up to that against defensively stout Juve.

The game is indeed a bit of a culture clash at first glance. Traditionally Italian teams like to sit deep and defend. But last season the Serie A was the highest scoring league in Europe—making it only the second time in the history of the game that the Bundesliga did not rank first as the highest scoring league in Europe. Juventus, however, went completely against the trend. Both second-placed Roma (90 goals) and third-placed Napoli (94 goals) scored more goals than Juventus, which crossed the finishing line with 77 goals scored. Instead, Juventus banked on a strong defensive record conceding just 27 goals in 38 games 11 goals less than Roma, which had the second-best defence with 38 goals conceded last season.

Juve’s strong defensive record has continued this season. But the club has also started to score more and are currently leading the league in goals scored ahead of title rivals Napoli. The main reason for that is diversity in attack where the Argentine duo of Gonzalo Higuaín (13 goals) and Paulo Dybala (14 goals) have caused havoc for defensive lines. This makes Juventus a tough opponent for Tottenham—especially as the North London side lacks the experience of Champions League playoff football.

At the same time, Tottenham have highlighted this season that they are no pushovers in the Champions League either. Finishing first in a group that included Real Madrid and Borussia Dortmund Tottenham turned heads during the early stages of the Champions League. At the same time, questions will be asked how much the Spurs benefited from the fact that the two giants in the group are experiencing an off year. Dortmund were atrocious during the group stage, and the same can be said about Real Madrid paving the way for Tottenham to walk the group.

That is not to say that Tottenham have not performed well. The North London side, in fact, played some dazzling football at times during the group stage campaign and will try to hit Juventus on the counter-attack just like they have done it successfully with Dortmund and Real. But Juve will know what is coming, and at this stage, experience is everything making the Italians the favourites for a decisive victory in the first leg of the round of 16 encounters.

Juventus vs Tottenham – Players to look out for:

Gonzalo Higuaín had a somewhat sluggish start to the 2017-18 season. But a hattrick against Sassuolo on matchday 23 puts him now on 13 goals scored in 22 games. Signed for an incredible €90 million in the summer of 2016 from league rivals Napoli Higuaín will now want to show that he can also do it in the Champions League where he has scored just twice in six group stage games. With the World Cup approaching the Argentine, however, needs good games on the big stage to showcase his talent and nail down a spot in Argentina’s squad.

Harry Kane might be England’s biggest star at the moment. The Tottenham product has scored 22 goals in 25 English Premier League, and an incredible six goals in five Champions League games this season. A complete striker Kane like the mentioned above Higuaín will want to impress on the Champions League stage to set a great foundation for the upcoming World Cup. Unlike Higuaín there will be, however, no doubt that Kane will be the leading man for the Three Lions when the tournament kicks off in Russia next summer.