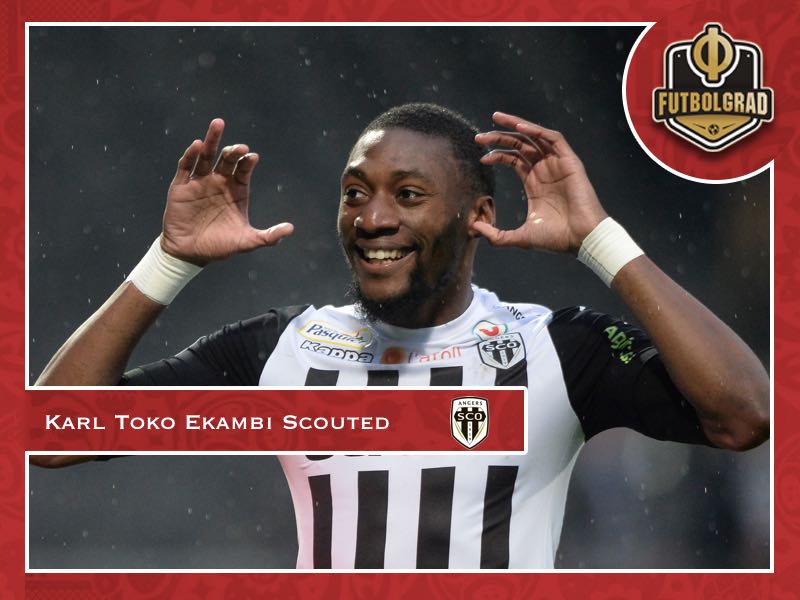 The 25-year-old Cameroonian forward Karl Toko Ekambi has been a phenomenon for Angers Sporting Club de l’Ouest this season. The striker has scored 17 goals and five assists in 35 games for Les Scoïstes this campaign.

It is, therefore, no surprise that the likes of Borussia Dortmund, Atlético Madrid, Villarreal, Valencia and Atlético Madrid have shown an interest in the striker. Valued €12 million by transfermarkt.de Toko Ekambi has seen a meteoric rise in his evaluation this season and could now provide a significant windfall on the transfer market for his club.

Angers, after all, signed the striker for €1.25 million from FC Sochaux in the summer of 2016. A product of Paris FC – the club is the home of one of the best academies in French football – Toko Ekambi had just finished two solid seasons with Sochaux in the Ligue 2 scoring 14 goals and two assists during the 2014/15 season and 11 goals and one assist during the 2015/16 season.

Those numbers were good for a young up and coming striker in the French second division. At the same time Toko Ekambi they did not impress the likes of Olympique Marseilles’ scouting network, who were following the player but, in the end, decided to focus on other targets.

As a result, Toko Ekambi ended up signing for Angers, and he took some time to find his rhythm in Ligue 1. During the 2016/17 Ligue 1 season, the Cameroonian national team striker would score just seven goals and five assists in 31 games. 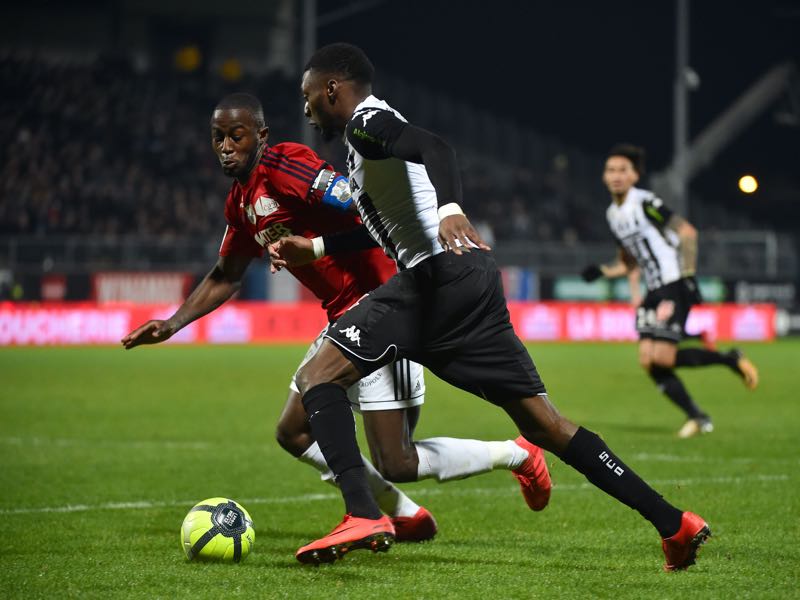 Perhaps the number one reason for his lower output last season was, the fact, that he was often employed as a left-winger. Playing 22 games on the left, he still managed three goals and four assists out on the flank. But it was at the centre of the park where he was more effective scoring four goals in just seven games in which he was employed as a central striker.

As a result, Angers manager Stéphane Moulin moved the forward to the centre of the park this season. Not surprisingly the result was more goals. In 25 games as a centre-forward, Toko Ekambi has managed 13 goals this campaign with the remainder of the goals coming when he was employed on the right-wing.

Perhaps it is that sort of versatility and parallelism that linked the striker with a move to Borussia Dortmund earlier this year. After all the forward like Aubameyang was moved from the wing to the centre of the park to find his full effectiveness.

A hint of Pierre-Emerick Aubameyang

That is not the only parallel to the former Borussia Dortmund striker. Toko Ekambi is also a quick striker with plenty of pace to escape defensive lines, which makes him the perfect weapon for teams that want to break quickly forward.

There are, however, also some fundamental differences. One thing that becomes right away apparent is Toko Ekambi’s unorthodox running style and movement off the ball. Odd to watch those are essential weapons for the striker, who not unlike Thomas Müller, is also the master of the dirty goal the unorthodox strike that can make all the difference at a key moment of the game.

A strong dribbler Toko Ekambi’s past as a winger also means that he has great vision to create a goal. It is the sort of vision necessary that allows him to play the last or second last pass that leads to a goal scoring chances and makes him a complete package up front.

Another aspect is that Toko Ekambi likes to have plenty of room ahead of him. As a result, he would be the perfect striker for a counter-attacking team that relies on the speed of their central striker. In turn, that means that possession-based football in which the striker holds the ball at the top of the park would be difficult to accomplish with the 25-year-old Cameroonian forward.