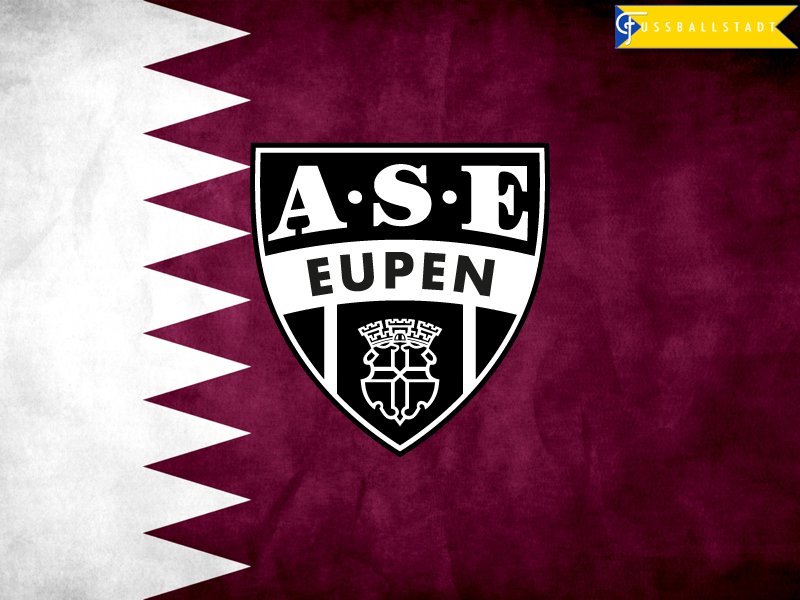 The Königliche Allgemeine Sportvereinigung Eupen or KAS Eupen have been promoted to Belgium’s highest division, the Pro League. Eupen, which has a population of 20,000, is located on the German border, and encompasses the small German speaking population of the country.

KAS Eupen, which was founded in 1945, is the biggest club from the small German speaking population in Belgium and, for most of its history, the club played in the lower divisions of Belgian football. In 2010, the club became the first team from the German-speaking region to play in the first division, but the club’s results were poor and the team was relegated at the end of the 2010-11 season.

KAS Eupen – Was Bought by the Aspire Academy in 2012

The club, at that time, also had major financial difficulties and, with the failed promotion, the team was in real danger of being dissolved. Then, in the summer of 2012, it emerged that the club would be bought by an organization based in Qatar. Subsequently on June 6, 2012, KAS Eupen managed to land a major jack-pot, when the Qatari ASPIRE Zone Foundation bought the club, and freed the team from all financial obligations.

Two years earlier on December 2, 2010, Qatar had been selected as the host nation for the 2022 World Cup. Qatar’s successful bid for the tournament has been in the spotlight amidst concerns regarding corruption, problems with the heat in the host country and, last but not least, the fact that Qatar, as a football nation, had very little competitive history (in December 2010, Qatar was ranked 114th by FIFA). 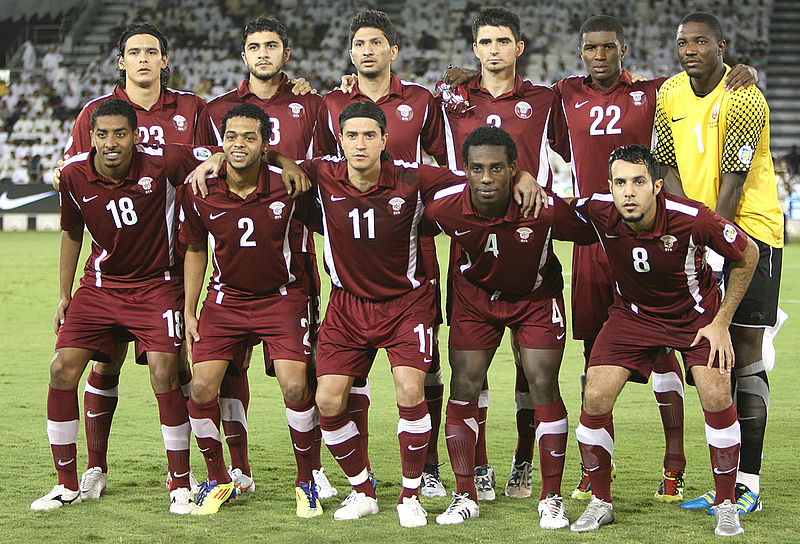 The Qatar national team is not exactly a world power – Image by Doha Stadium Plus Qatar CC-BY-2.0

Yet, following their successful World Cup bid, the nation started to make major investments in football both at home, and abroad. In 2011, Qatar Sports Investment became the majority shareholder of Paris Saint-Germain and, fuelled by sizeable investments, the club soon started to dominate French football, and has also become a major competitor in the UEFA Champions League—despite the fact that the club has not yet won the trophy.

The Aspire Academy Was Founded in 2004

The foundation of the Aspire Academy, which was founded in 2004, was restructured into a strategic business unit (SBU) in 2008, which meant that the organization was no longer independent from the government. Since then the academy has become part of a nationwide initiative to propel the state of Qatar into the international sporting arena.

In 2007, the foundation had opened the Aspire Football Dreams project, which is officially a humanitarian football project that is located in 18 developing countries. The project is not without controversy, however, as Qatar has been accused of using Aspire to buy World Cup votes by financing academies in third world countries such as Guatemala, for example.

Furthermore, the academy’s policy of scouting for football talent in places such as Senegal, Ghana, Nigeria, Thailand, Paraguay, and Mali, has led to accusations that Qatar is trying to build a national team made up of naturalized players for the 2022 World Cup.

The IHF World Championships as a Warning

Fears that Qatar could use the Aspire Academy to recruit a national team from abroad were further deepened when Qatar hosted the 2015 handball World Championships. The International Handball Federation (IHF) allows players to switch nationalities if they haven’t played for their former national team in three years.

Hence, Qatar entered the event with seven naturalized players, some who have played for another national team in the past, and finished the tournament in second place after controversially winning the quarterfinal against Germany, and the semi-final against Poland. 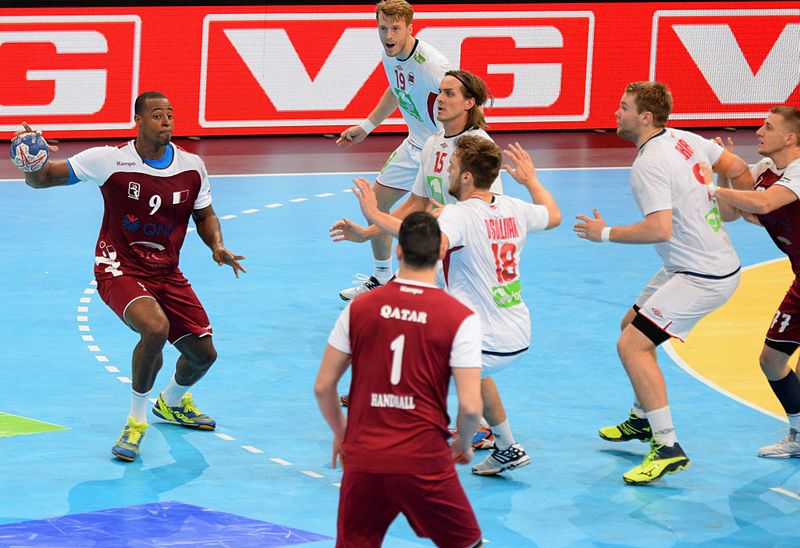 The head of the Qatar Handball Association Ahmed Mohammed Abdulrab Al Shaabi stated at the time: “We’re a small nation [population 2 million) with limited human resources, so we had to bring players from outside in the past.”

For many, the 2015 handball World Cup has been a warning sign for the 2022 FIFA World Cup in Qatar. Critics now believe that Aspire’s goal is to build a team that will represent Qatar at the 2022 World Cup by using its international academies, and by employing KAS Eupen as a farm team to steel players in European competitions.

Aspire has denied these allegations on its homepage, stating: “So far more than 40 of the scholarship recipients have represented their national football associations (incl. e.g. Senegal, Ghana, Nigeria, Thailand, Paraguay and Mali) from U17 to A-national teams. No players have been naturalized/represented Qatar as this is not the aim of the project.”

Hence, officially the project is aimed at identifying the most talented players in the academy and, when they turn 18, inviting them to KAS Eupen where they are to be tested in European football. Eupen was chosen as a base for Aspire because Belgian immigration laws make it particularly easy to assemble a multi-national team consisting mostly of players from Africa.

Question marks remain over the squad, however, which is made up mainly of Senegalese, Nigerian, and Ghanaian players, plus a few older players with international experience, such as the Spaniard Luis Garcia—the transfer flows on the homepage Transfermarkt.de show that very few players have actually managed to gain a foothold in European football. 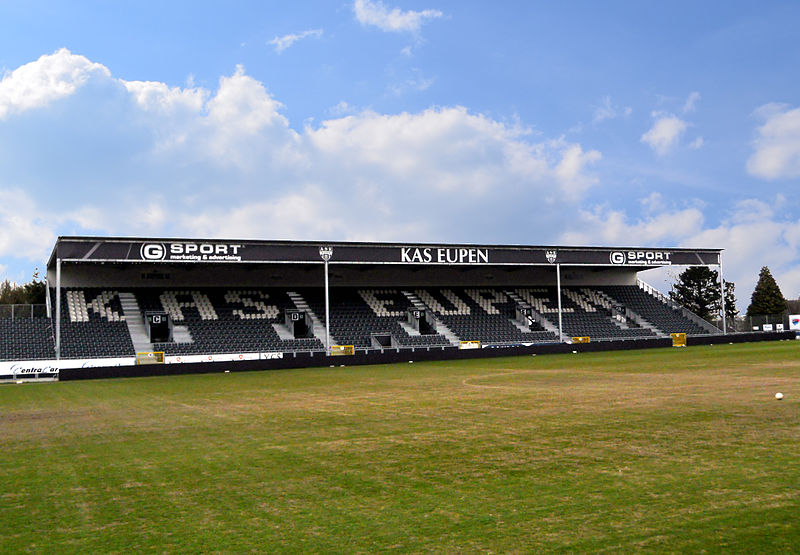 KAS Eupen’s management team, and the Aspire Academy always highlight the example of the 21-year-old Senegalese defender Diawandou Diagne, who was purchased by FC Barcelona in 2014. Yet, Diagne has failed to make a major impression in Barcelona, and played the 2015-16 season with Eupen in Belgium’s second division. Another example is Ibrahim Diallo, who moved from Eupen to Valencia CF in January 2015, but has now returned to Eupen after failing to make Valencia’s first team.

Of course both players are still young, but there are questions on both transfers. Furthermore, the gap between Belgium’s second division and Europe’s top divisions, like La Liga in Spain, might be simply to large for Aspire to effectively develop players for top clubs.

Eupen’s Promotion is Supposed to Close the Gap

Promotion to the Belgian Pro League was, therefore, the next necessary step in order for the Eupen project to be successful. The Qataris have also made major changes in terms of infrastructure and club management; the infrastructure has been significantly improved, and the team is now managed by the Spanish coach, Josep Colomer, who once worked for Barcelona where he discovered Lionel Messi, and is run by the German, Christoph Henkel, who once ran the academy at 1. FC Köln.

Colomer and Henkel are now in charge of identifying and developing the brightest talents of the Aspire Academy, and to temper them in the tough European football market. These talents are also supposed to include players, who were actually born in Qatar in order to improve the country’s chances during the 2022 World Cup. Currently, however, there is only one Qatari player on the squad, Fahad Al Abdulrahman—which begs the question as to whether the squad in its current format can really help Qatar to reach its World Cup ambitions.

Hence, if the squad is truly not designed to identify players for the 2022 World Cup, the question is, what are the goals of the KAS Eupen project? The most reasonable explanation, aside from fostering players for the Qatar national team, is to generate money on the international transfer market. European football now generates billions of Euros through the transfer of players and, as the Football Leaks project highlighted, is not always very transparent.

Eupen and Aspire could now become a beneficiaries of the transfer system by identifying players early on and testing them in Europe, and then selling them to bigger clubs in Europe. Through transfer clauses, Eupen could then generate more income if those players are sold on. In a time when many kids in third world countries dream of making it big in European football, Aspire appears to be a dream catcher. Of course, the transfer flows at Transfermarkt also highlight the fact that many kids don’t make the cut, and end up without a contract.