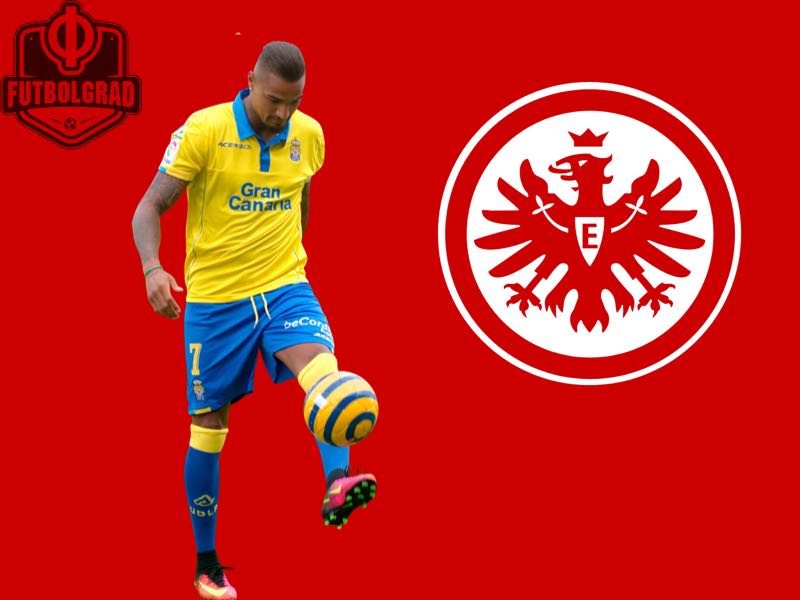 It is a remarkable transfer by the Eagles, who were in desperate need to bring in a creative attacking midfielder to replace the injured Marco Fabian. Fabian will be out indefinitely with a back problem that may even need surgery. Head coach Niko Kovac and sporting director Fredi Bobic, therefore, jumped on the opportunity to sign Boateng from UD Las Palmas.

Kevin-Prince Boateng will act as the replacement to the injured Marco Fabian. (Photo by Alexander Scheuber/Bongarts/Getty Images)

Two years ago signing Kevin-Prince Boateng would have been considered a significant risk. The attacking midfielder has come off a difficult time with Schalke 04. A leader off the pitch Boateng struggled with knee injuries to stamp his authority on a club in desperate need for leadership.

Instead of becoming the leader of a Schalke 04 side his injuries meant that his presence caused friction in the dressing room. To some extent, Boateng was the scapegoat when Schalke fell apart during the 2015-16 season and was then let go on a free transfer.

Returning to AC Milan in Italy, where he won an Italian title in 2011, Boateng hoped to resurrect his career. But fitness problems meant that he was never able to replicate his success that he had with Milan during his first time with the club.

The two, therefore, went separate ways in the summer of 2016. At first, Kevin-Prince Boateng struggled to find a new club, and it was not until August 18, 2016, that Boateng found a new destination signing for the La Liga side UD Las Palmas.

It was a match made in heaven. Kevin-Prince Boateng played 28 games for Las Palmas scoring ten goals and five assists. His transfer value increased from just €1 million to €5 million. Then earlier this summer Boateng extended his contract with Las Palmas.

It appeared that the former national team player of Ghana had found a perfect home to see out his career. Unknown to Las Palmas’ fans; however, Boateng had an exit clause built into his contract, which allowed him to leave the club under certain circumstances, on a free transfer.

Boateng Resurrected his Career in Spain

Eintracht Frankfurt sporting director Fredi Bobic has in the past demonstrated that he has a network that can sniff out a good deal. Hence, when he found out that Boateng could be available on a free transfer, he jumped on the opportunity to sign the 30-year-old attacking midfielder. 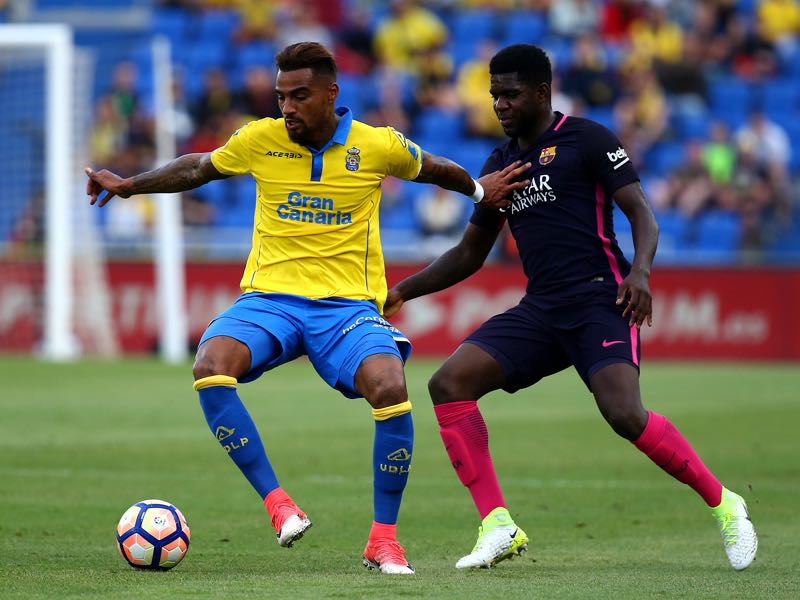 With Boateng in the squad, Frankfurt now have another option on several positions up front. In Spain Boateng played as the number 10, on the wing and even front as a striker. He was also the player off and on the field helping Las Palmas to respectable 13th spot in the 2016-17 La Liga season.

His performances, in fact, earned him plaudit both in Spain and in Germany. Born in Berlin and having come through the Hertha youth academies he played with his future head coach Niko Kovac for Hertha. Always a bit of a controversial figure in Germany for his involvement in the foul that took out Michael Ballack before the 2010 FIFA World Cup and his choice to represent Ghana over his home country in Germany there was almost a turn around in how he was seen at home.

With Boateng doing well in Spain there was now an understanding that Kevin-Prince had grown up and could finally fulfil his potential to become a real leader. Now joining Eintracht Frankfurt Kevin-Prince Boateng has the chance to complete a positive legacy with a club that always under fulfilled its potential.