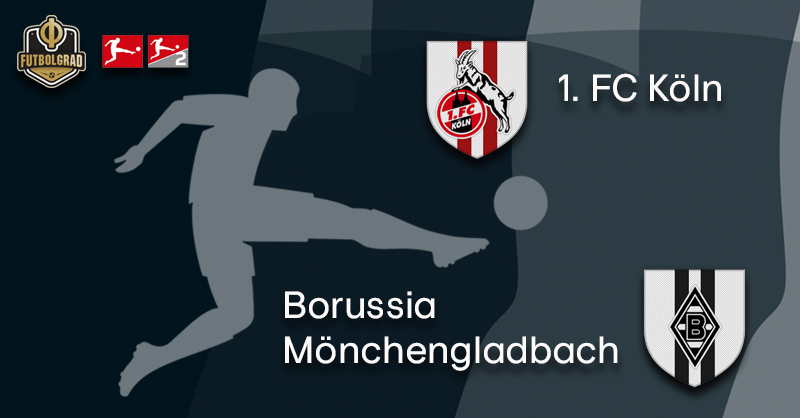 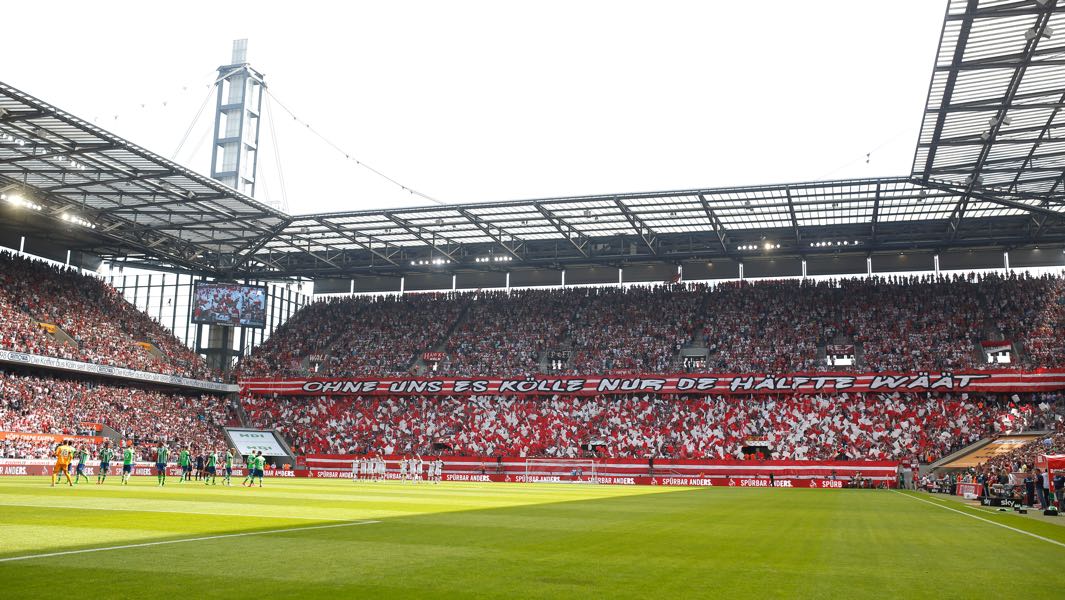 Köln vs Gladbach will take place at the RheinEnergieArena in Cologne. (Photo by Mika Volkmann/Bongarts/Getty Images)

1.FC Köln against Borussia Mönchengladbach is one of the biggest rivalries in German football. Located just 45km apart the cities of Cologne and Mönchengladbach always had a less than friendly rivalry with one another.

Hosts Köln have the bigger city, but Mönchengladbach have been the more successful club throughout the ages, even if Köln were on the verge of closing the gap somewhat two years ago. Following the 2016/17 season, the Billy Goats qualified for the UEFA Europa League and finished four points ahead of Gladbach.

What followed was a season to forget in which Köln were relegated to Bundesliga 2. “For Gladbach, the won relegation in 2011 was the turning point,” Köln sporting director Armin Veh told kicker this week. “They made some very good decisions, but nothing is forever in football,” Veh said when asked whether Gladbach will be forever ahead of Köln in their development.

In terms of infrastructure and stadium, Die Borussia have certainly taken the lead in the Rheinland. On the pitch, however, Veh is positive that the Billy Goats can keep up with the Foals. “It is a challenge,” Veh said. “We are newly promoted and have to integrate five new players. That will take some time, but I am optimistic that we can challenge them,” Veh added.

Köln started the season with two defeats but managed to collect all three points on matchday 3 against Freiburg.

Borussia Mönchengladbach, on the other hand, want to bounce back from the defeat suffered against RB Leipzig on matchday 3. With one win, one draw and one defeat it has been a mixed start for Die Borussia and new head coach Marco Rose.

To add to this Gladbach will be without central defender Matthias Ginter, who suffered an injury in the national team against Northern Ireland. Nonetheless, the Gladbach players are optimistic that they can get a positive result. “I am always motivated, especially against Köln,” Patrick Herrmann said this week. “Many fans have already told me about the derby, and I can feel the passion,” Marcus Thuram said.

Both teams had a very similar start to the season. Gladbach certainly have more quality in their ranks, but Köln’s home advantage could go a long way for a very even affair on Saturday afternoon.

Köln vs Gladbach  – Players to look out for:

Signed from Holstein Kiel this summer Kingsley Schindler has finally completed his journey to Germany’s top flight. Capable of playing both on the right-wing and upfront as a striker Schindler is a versatile player. The ability to play in various positions, in fact, has made him a standout at Kiel over the last two seasons. At Holstein, he scored 34 goals and 22 assists in 101 Bundesliga 2 and Liga 3 games. In other words, Schindler has produced a scorer point in every second game, the challenge, however, will be to translate that productivity to the Bundesliga. It is a challenge that Schindler is more than happy to take on. 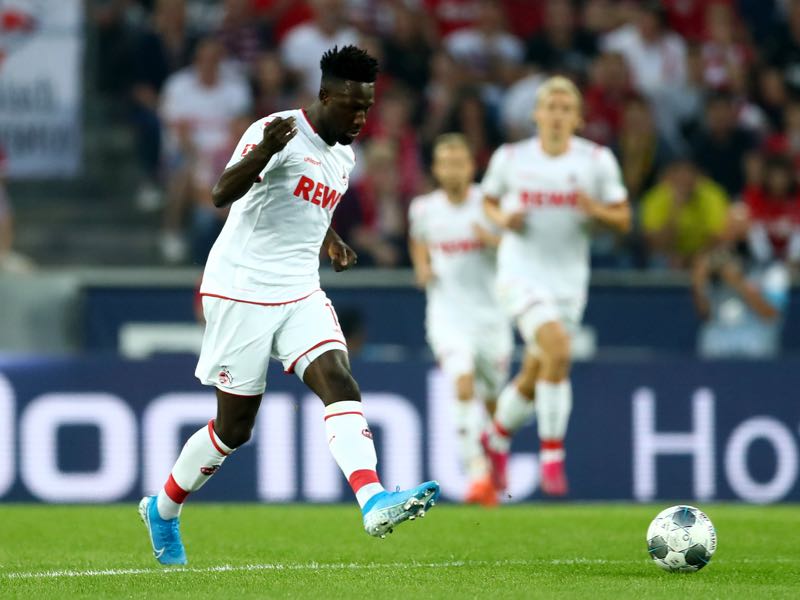 Kingsley Schindler of Koeln runs with the ball during the Bundesliga match between 1. FC Koeln and Borussia Dortmund at RheinEnergieStadion on August 23, 2019 in Cologne, Germany. (Photo by Lars Baron/Bongarts/Getty Images)

“I want to score goals, that is why,” Marcus Thuram said in an interview this week when asked why, unlike his famous father Lilian Thuram, he became a striker rather than a defender. Signed for €9 million from EA Guingamp this summer Thuram has been described as an unpredictable forward. “I often follow my intuition,” Thuram said. “People are always surprised when they see a player my size go into dribblings and do things that you usually expect from smaller players,” Thuram added. At 192cm Thuram does indeed play like a player much smaller than his size. But it also makes him such an interesting prospect in the league. At the same time, the forward still awaits his first goal in the league after going goalless in his first three games, but a derby is always a good occasion for your first Bundesliga goal. 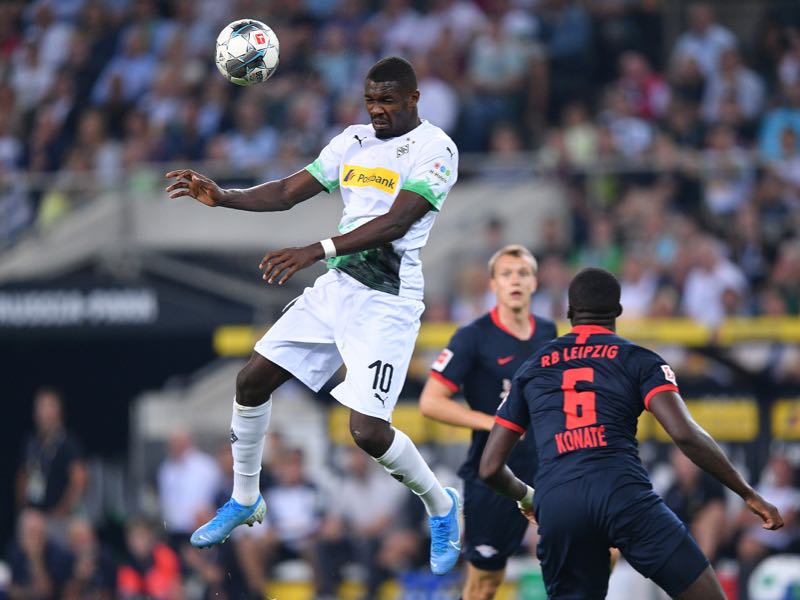