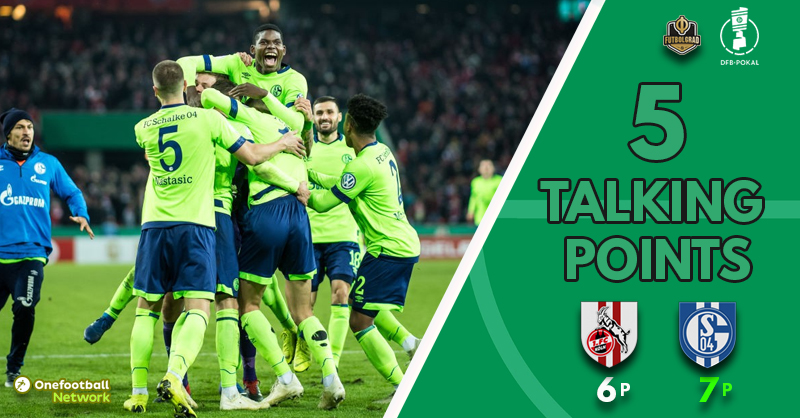 Schalke 04 advanced to the last 16 of the DFB-Pokal with a 7-6 penalty shootout victory against FC Köln. Köln vs Schalke finished 1-1 after 90 minutes with Nabil Bentaleb’s late penalty cancelling out Jhon Córdoba’s deflected effort, with neither side unable to break the deadlock in extra time.

Mark Uth was given the chance to be the hero and made no mistake after Dominick Drexler skied his effort over the bar.

Here are five talking points as Schalke scrape through:

The Royal Blues were met with stiff resistance from the 2. Bundesliga leaders and were minutes away from elimination. Staring down the barrel at their fourth straight game without a goal, a fortunate penalty decision saw Nabil Bentaleb step up and smash it home to take the game to extra time.

Schalke took fewer risks in the final 30 minutes and seemed content to take the game to penalties. Bentaleb missed the chance to win it with his shot down the middle saved by Timo Horn, but fortunately for the visitors, Dominick Drexler blasted over and Marc Uth made no mistake.

It was a nervous start for the home side who gave away a lot of cheap possession in dangerous areas. Fortunately for the Billy Goats, Schalke were unable to capitalise and Köln took the lead just before half-time with Jhon Córdoba’s deflected effort giving Alexander Nübel no chance. 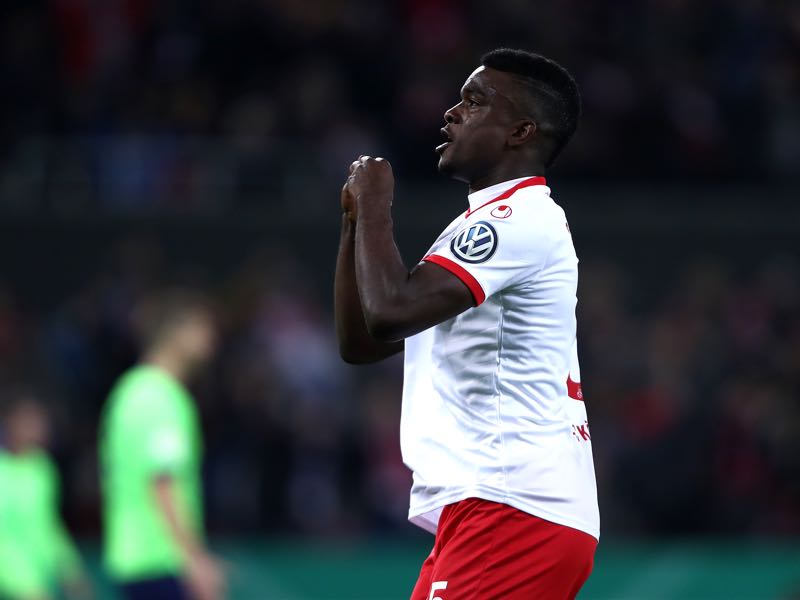 Markus Anfang’s side stood strong in the second half and were minutes away from a famous victory. It was a solid performance with Marcel Risse and Sehrou Guirassy the standouts, but every player did their job effectively and in the end, the match reflected the fact that only four places separate these clubs in the German football league.

It should be noted Simon Terodde, Köln’s main weapon and scorer of 17 goals in 10 appearances this season came off the bench in the 83rd minute. Anfang summed it up well in the press conference, saying: “We take the positives with us. The boys played a good game. The atmosphere in the stadium was very good and the fans can go home today with a good feeling despite the defeat.”

Köln vs Schalke – Ugly football from the Royal Blues

It’s no revelation that Schalke have struggled this season, they have scored more than one goal in a match only twice away at Schweinfurt and at Fortuna Düsseldorf. They couldn’t get on the scoresheet at Galatasaray and Leipzig leading up to this match and were two minutes away from a third consecutive match without scoring.

Analysing their difficulties is beyond the scope of this article, suffice to say that confidence is low and combination play in the final third is virtually non-existent. Marc Uth is playing deep and Guido Burgstaller was isolated up front, Amine Harit the main danger with driving runs and trickery but no end product.

Schalke threatened from a succession of corners and a number of free kicks, but from open play, it was often just a solo run without a clear-cut chance at the end of it. Domenico Tedesco’s third substitution was Nabil Bentaleb replacing Naldo in the 72nd minute, the Algerian is arguably their best player and he made a positive contribution including the equaliser form the spot.

The ‘energy’ in the RheinEnergieStadion was incredible in the build-up to and during the penalty shootout that took place in front of the ultras in the Südkurve. Marco Höger took the first penalty which was saved by Alexander Nübel, eight successive strikes hitting the back of the net which gave Bentaleb the chance to be the hero.

However, he hit a weak shot straight down the middle that was easily saved by Timo Horn, Jonas Hector firing home for the hosts and Sebastian Rudy keeping Schalke alive. Dominick Drexler stepped up, took two steps before blasting over the bar over but Marc Uth stayed calm to send Schalke through to the next round.

Köln vs Schalke – Goalkeeper Alexander Nübel of Schalke celebrates his team’s win after penalty shoot out after the DFB Cup match between 1. FC Koeln and FC Schalke 04 at RheinEnergieStadion on October 31, 2018 in Cologne, Germany. (Photo by Lukas Schulze/Getty Images)

The atmosphere inside football stadiums in Germany rarely fails to deliver. The Schalke supporters played their part this evening with the Köln faithful taking centre stage, the penalty shootout a fitting crescendo despite the home side coming up short.

I know it’s Halloween, but Schalke’s away kit isn’t particularly pleasing on the eye and surely they are not going trick or treating in Köln after the match. With the hosts playing in their traditional red shorts and white jersey, surely Schalke could have played in their Royal Blue kit instead of this fluorescent green mess.

Football doesn’t have to turn into the NBA, merchandise should be an afterthought, not a priority – keep it real.