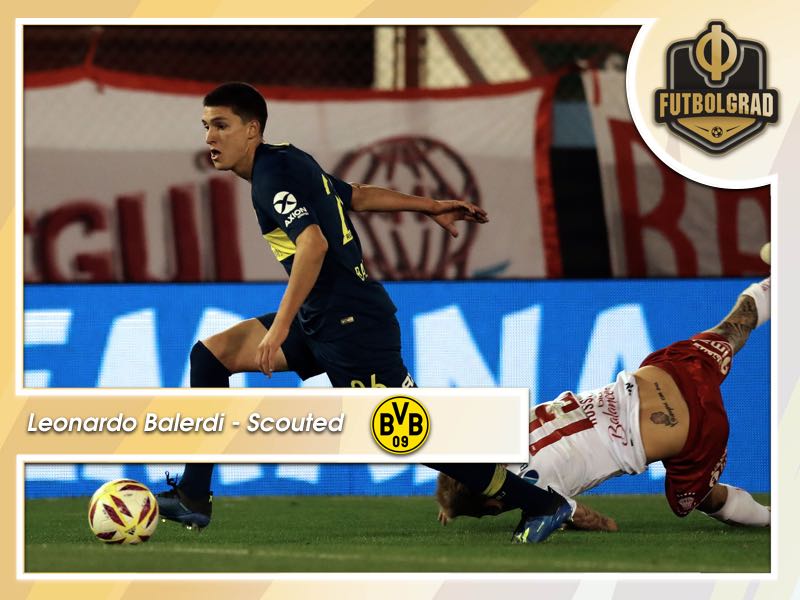 When it comes to young talent, Argentine academies are some of the most productive in the continent. In particular, Boca Juniors has become a regular provider for Europe after the turn of the century, their golden era, during which the club sat at the same table as giants like Real Madrid and AC Milan. Today, the reality is a bit less positive, yet Boca’s academy remains a safe option for any club willing to pay the cost its youngsters. It is the case of Borussia Dortmund, who are said to be seriously interested in Boca’s newest jewel: Leonardo Balerdi.

Even though South America is not known for its mass production of exceptional defenders, the continent has delivered its fair share of warriors throughout the years. Back in the day, however, it was rather common for defenders to only leave after several years at their clubs. Since defensive abilities are not as evident as attacking resources, defenders formed outside Europe would not step on European soil until they were proven, professionals.

Nowadays, a combination of factors is helping to change that paradigm and thus allow South American talent to show what they can do on the big stages. Some examples Yerry Mina (24, Everton) and Juan Foyth (20, Tottenham). These kids making it to big clubs at such early ages shows that development is not only improving but also shifting towards exporting all positions and not just forwards. Together with globalisation, the Internet and clubs establishing scouting networks of global reach, more and more young defenders are leaving, sometimes even before their first division debut.

Given the interest shown by various European clubs, it is difficult to imagine Boca will manage to retain Leonardo Balerdi for much longer. Should this be the case, it would only be another letdown for the fans who don’t seem to agree with the board’s policy for academy players, who spend less time at the club with every passing season.

Who is Leonardo Balerdi?

Leonardo Balerdi was born nineteen years ago in Villa Mercedes, San Luis, in western Argentina. There, he entered the world of football through his local club Sportivo Pueyrredon, where he played until he was 14.

At Boca, he spent three seasons with the youth ranks. Even though he was scouted as a defensive midfielder during a test match in his town, he would be converted to a central defender due to his physical attributes. Since his arrival, he was always labelled as a talent to keep an eye on. After being crowned champion of three different categories, Balerdi was promoted to the reserve side in 2016.

Come 2018, Balerdi’s career would experience a sudden take-off after he became a regular for the reserve team until, became a target for Roma, who offered €8 million for him without much success and was promoted to the first team for training. Then, for all of the wrong reasons, he was featured in most sports portals and tabloids after manager Guillermo Barros Schelotto included him in the preliminary squad for the Copa Libertadores. The fact that he was listed with the number 9, at that time left vacant by Darío Benedetto, who was still recovering from his ACL injury, raised several eyebrows and made the curious want to know more about the kid. 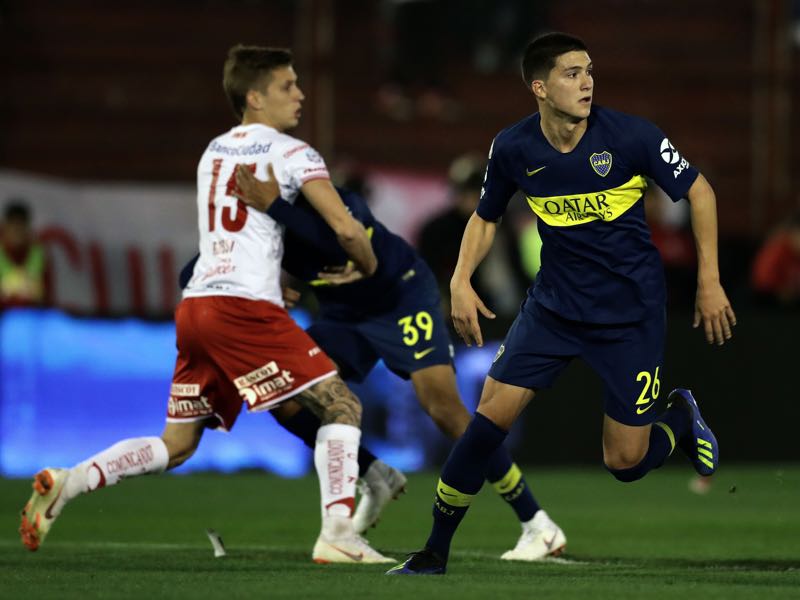 Immediately after the World Cup, the historical championship in the Spanish city of L’Alcudia would provide Balerdi with a chance to prove himself in front of many. The competition, which puts U-20 clubs and national teams against each other, became a fire test for the entire Argentina national team structure after the disappointment that was the World Cup.

A trophy would mean hope for another generation and a great first impression by Lionel Scaloni, who would become the national team manager months later, while a defeat was not an option for Balerdi and his teammates. In the end, they did win and Balerdi was one of the ones who stood out regardless. Weeks later, the first formal offer arrived from FC Barcelona, who enquired about his services while they hosted the Joan Gamper trophy, to which Boca Juniors was invited. Without even considering it, Boca declined the offer. The Spanish giant would raise the offer days later, but the answer would remain negative.

With no international compromises left and with the CONMEBOL Libertadores approaching its final stages, Balerdi would get his first start against Huracán. Carlos Izquierdoz’ injury meant an opportunity for him to introduce himself, and he did alright for a debut, showing one of his best attributes: he does not hesitate when under pressure, whether that is getting out of trouble impeccably or sending the ball over the stands and to the street.

As Boca went further into their continental odyssey, rotation became a need in the Superliga. As a result, Balerdi got to play four extra games, this time being part of the starting XI against Rosario Central, Gimnasia de La Plata, Tigre and Patronato. Despite Boca’s flat presentation, Balerdi passed his test with flying colours and was even named Man of the Match against Central. After a fantastic performance in which he showed speed, strength and anticipation, the most impressive was his maturity and calmness, similar to that of someone who has been playing for a decade.

Leonardo Balerdi – Aptitudes on the pitch

As mentioned, his roots belong to the midfield. This, as is the case of Leandro Paredes, another Boca product, is often the reason behind such good technique from defenders. Converted defenders tend to be more creative, quicker thinkers, although what always stands out is their evidently superior technique. According to Wyscout, out of his five games in the first division, only once was his passing accuracy below 80%.

Speed is also another attribute to highlight. Leonardo Balerdi pace is outstanding in short dashes, which allows him always to stay close to his marker, giving him few milliseconds to decide. His mental speed is also remarkable, for it makes him a quick decision maker once he got the ball. Most of his games denote his ability to rapidly approach rivals in possession, steal the ball and efficiently decide what to do with it.

Last but not least is physicality, for Balerdi’s 6’3” (1.91m) is a great advantage. This allows him to both win aerial battles with practically no effort and also stand a chance at corners, where he could become a real threat if trained intensively. According to Wyscout, he won 75% of his aerial duels in his five matches. When not able to use his head, he has shown he has a wide range of resources at his disposal to clear the ball, including slides and high kicks.

So far, he has demonstrated that he could become a fantastic defender, one that is not only effective but also attractive to watch. The only thing yet to be seen is his performance against a top club in the region, which would test him against better and more experienced rivals. Perhaps the upcoming U-20 Sudamericana could be a fantastic opportunity to see Balerdi in action. Tune in!

Leonardo Balerdi – Will he move to Europe?

With all of this in mind, it is a matter of time until a big club gets Balerdi. Borussia Dortmund are currently leading the race with their €18 million offer. A move to the Bundesliga, a competitive league in which more and more young players are getting chances to shine, seems like a fantastic option for the young kid.

Dortmund are in need of a defender after they sold Sokratis Papastathopoulos. Their business strategy seems to be paying off as our editor-in-chief Manuel Veth stated on Forbes. Even though they now focus more on big transfers, their excellence at scouting youngsters, turning them into determining players and later selling them for a big profit, is still intact.

Most things have changed in a season for Dortmund, beginning with Peter Bosz’s sacking and everything that came afterwards. As an example, the club would have never tried to sign a player with such a small quantity of consonants in his name some years ago. Dortmund are beginning to shake their image of an eternal understudy of Bayern München and begin to set conditions as a vibrant, winner club. To defend their six-point at the top, they need some reinforcements and Balerdi could be a great option.

If these last years are anything to go by, it seems unlikely that Boca will say no to an offer with that many zeros. Both Nicolás Burdisso, sporting director and Gustavo Alfaro, Boca’s new manager believe that young players should shine and be useful for their clubs before going abroad. However, it is not that easy to make Argentine football management understand that, especially in a league where income is not exactly the Premier League’s and whose directors have no project beyond the present.

Leonardo Balerdi’s destiny is inevitably in Europe, although it is in the coming days that we will know how and when that will happen. As it stands, we believe he will, sooner rather than later, find echte Liebe.