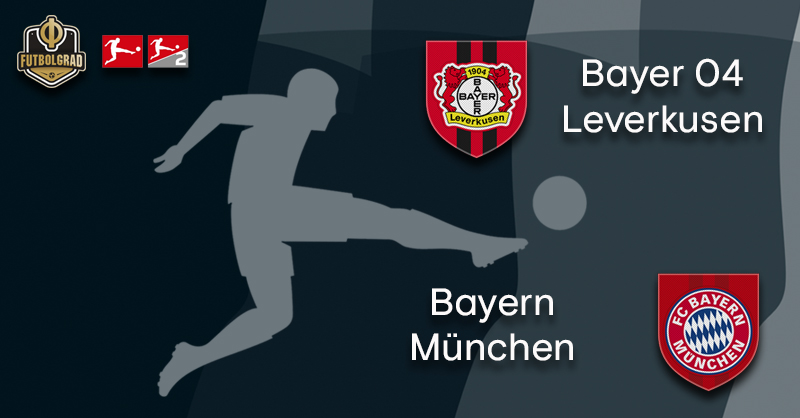 Bayer Leverkusen want to go on the attack against champions Bayern

Leverkusen vs Bayern will take place in the BayArena in Leverkusen. (Photo by Lukas Schulze/Bongarts/Getty Images)

Two games three points. Peter Bosz started the Rückrunde with a 1-0 defeat to Borussia Mönchengladbach despite dominating the last 20 minutes of the game. Then on matchday 19 Leverkusen hammered the Hinrunden surprise team VfL Wolfsburg 3-0.

That begs the question where are Leverkusen at under new head coach Peter Bosz? The two results mostly suggest that they are still in the same place where they were under former head coach Heiko Herrlich. Leverkusen play good football when the collection of talented individuals get the maximum onto the pitch but are still not consistent regarding results.

At a second glance, Leverkusen looked better under their new head coach. Bosz seems to have the guts to unleash the attacking talent of this side without compromise. The question ahead of the Bayern game, however, will be whether Bosz will play attacking football against the current title holders.

“I can imagine that we will stick to the system but perhaps make some modifications,” Bosz said this week. “It definitely is more fun to play in this system,” midfielder Kai Havertz added. “At the same time, it comes with more risk and we have to work on being more efficient in front of the goal,” Havertz concluded.

Fact is against Bayern attacking football could work. The Bavarians have, in particular, struggled whenever they did face sides that quickly played forward whenever winning the ball.

It is the lack of speed that has made centre-backs Mats Hummels and Jérôme Boateng the target of repeated transfer rumours. One of the two, so the media in Munich, will have to leave should Bayern sign an additional defender. That defender could still be Atlético Madrid’s Lucas Hernández, who Bayern remain interested despite not signing him this winter.

Winter transfers, in fact, were the main talking point in the last few days. The reality, however, is that Bayern did not sign either Hernández or Callum Hudson-Odoi, who they aggressively pursuit but ultimately was not allowed to leave by his club, Chelsea.

“We wanted to try something, but it was also clear that other clubs don’t want to let good players leave. The squad is still big enough,” Niko Kovac told the media on Thursday. Speaking of the squad, Bayern still have some injury problems and Frank Ribéry as well as Arjen Robben are going to miss the game on Saturday.

“Robben and Ribéry trained with the team, but it’s not enough for them to play on Saturday. We don’t want to take any risks with big games coming up in the next weeks,” Kovac said. Hence, no Robben, no Ribéry and no new signings either.

Ultimately, however, Bayern’s current squad should still have enough to overcome a Leverkusen side that has their very own defensive short-comings. At the same time, this could be a game with plenty of goals as both sides could find themselves exposed at the back while playing attacking football.

Leverkusen vs Bayern – Players to look out for:

Karim Bellarabi is seemingly enjoying this season at Bayer Leverkusen. The former national team player already showed a rise in form under former head coach Herrlich but has found himself in and out of the squad at times. Under Bosz he is now an important member of the first XI. “It has been fun Bosz has a similar philosophy to [former head coach] Roger Schmidt. Both value me as well,” Bellarabi said. Under Bosz Bellarabi plays further forward, which seems to suit him the attacking winger has improved in key areas such as duels won, shots on goal and possession of the ball.

Robert Lewandowski is once again the only striker in the Bayern squad after the club sold Sandro Wagner to the Chinese Super League club Tianjin TEDA. Not that it should matter much to Lewandowski. The Polish forward played every single game in the Bundesliga except on matchday 5 where he was rested, and Sandro Wagner was given a rare runout. The result? Bayern dropped two points in what was the beginning of a horrible Octoberfest period. Lewandowski, in the meantime, has scored 12 goals and seven assists in 18 Bundesliga games and when healthy is expected to start every game from here until the end of the season. 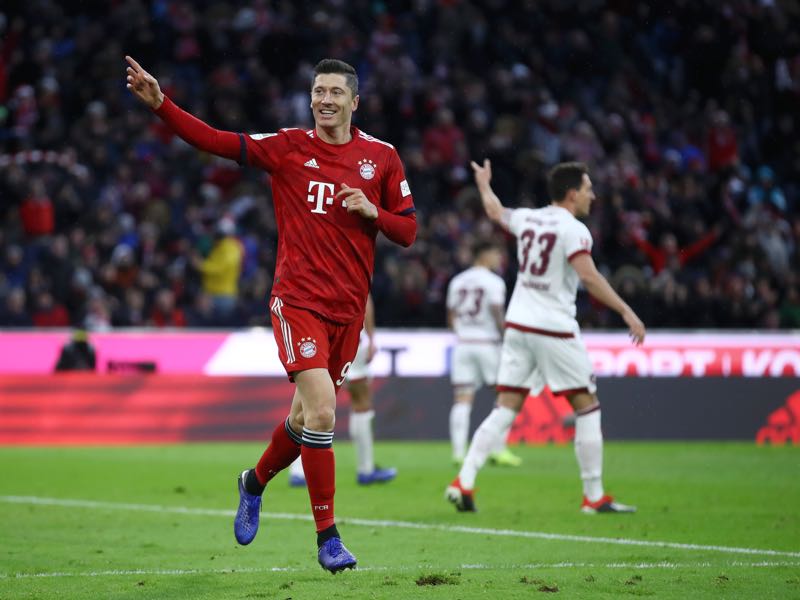