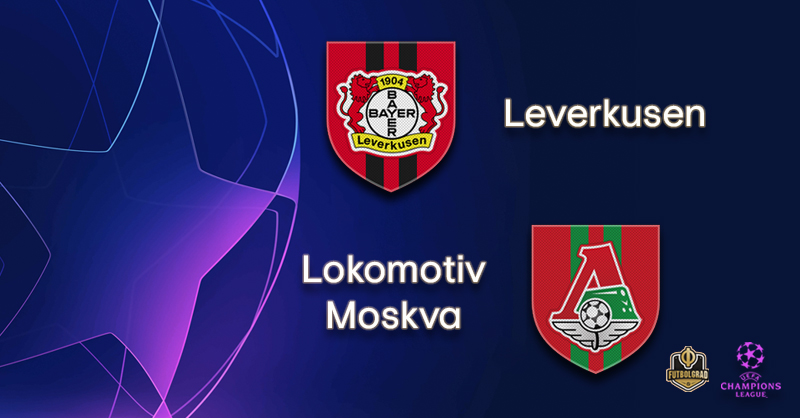 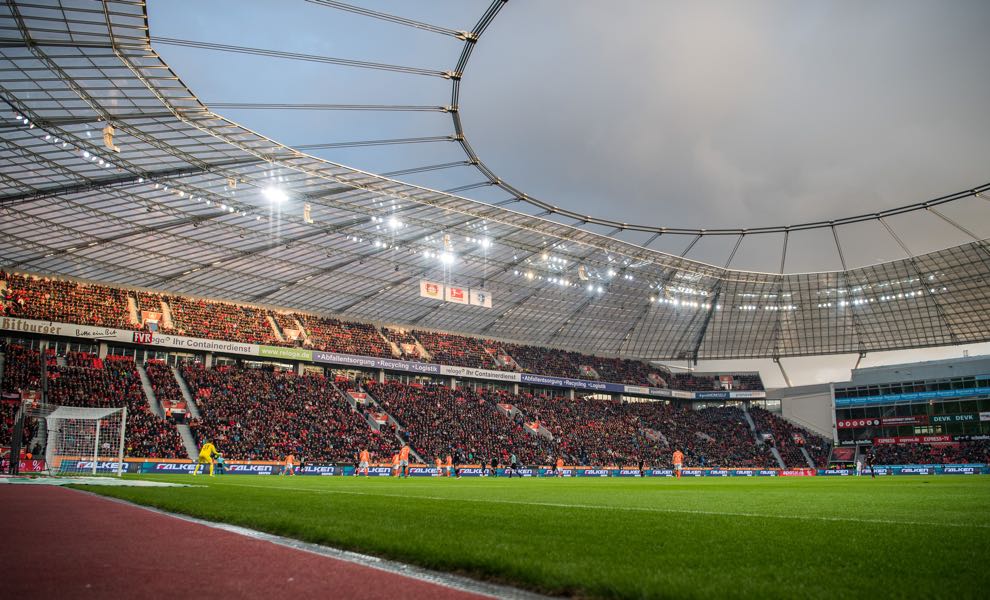 Bayer Leverkusen vs Lokomotiv Moscow will take place in the BayArena in Leverkusen. (Photo by Lukas Schulze/Bongarts/Getty Images)

The anticipation of returning to Europe’s premier club competition after a long international break is crackling across the continent. In Leverkusen however, there is already a mood that needs to be eradicated. Following a humiliating crushing at the hands of one of the Bundesliga title favourites, Borussia Dortmund, the players were visibly bristling with frustration as they trudged off the pitch. Sven and Lars Bender in particular were remonstarting furiously with each other. “You also have to be able to say your opinion,” Sven Bender explained to the media after the game. “And we’re a little more emotional because we can’t lose so well… but that’s all forgotten. That wasn’t bad. It would be bad if we didn’t talk at all after such a game… We must remain brave… We once again had a lot of possession and brutal counter-chances, but Dortmund solved theirs better.”

Futbolgrad Nework’s Chris Williams was reporting from Signal Iduna Park, and he highlighted in his math report how Leverkusen have the ability to play expansive, possession-heavy football. Just over 12 months ago they were even tipped for the Bundesliga title by Futbolgrad Editor in Chief Manuel Veth, and with good reason. The bravery that Bender referred to though is perhaps an element that needs to be more consistently found for Peter Bosz’s men to make the final step up from qualifiers to contenders. The 2002 vintage that knocked out a powerful Manchester United side had key figures that were looked to when the chips were down, most notably Michael Ballack. There are signs of the 20-year-old phenom Kai Havertz stepping up to the plate, but he can’t handle it all by himself.

Life at the top can be brutal and unforgiving. A few short days after the chastening experience at the hands of Dortmund and the packed schedule with European fixtures throws them headlong into an entirely new challenge. “It’s a learning process,” Sven Bender said. “That there are setbacks is normal. But they shouldn’t be so common. The beauty of the English weeks is that you can also correct it quickly. That’s why we need to check off the game quickly, including all emotions.”

Lokomotiv were not so much dealt a harsh lesson last season, but almost entirely failed to turn up at all. There could be no hiding behind the total domination of their opponents in all six group games; there was an air of resignation, timidity and subservience. It is an odd air to feel around a club that has ground out a controlling interest in the business end of the Russian Premier League, only to revert to playing the part of newcomers. A raft of injuries are adding to the uncertainty around the club’s second foray into the Champions League since the golden era almost two decades ago. Both Miranchuk twins are highly doubtful, although both have travelled with the squad to Germany. Solomon Kverkvelia and Benedikt Höwedes are both out, meaning Murilo Cerqueira – who has been made aware of his status as very much second-choice at centre-back – is likely to have to start.

On problem has been that Yuriy Semin is very much a creature of habit. His philosophy of football doesn’t allow for a great deal of flexibility of spontaneity, nor does he traditionally trust younger flair players. Granted, the Miranchuk twins have been fixtures in the side for some time, but such is their natural talent it would be near impossible to leave them out. It is still telling, however, that Anton spent an extra couple of years watching on as Aleksey flourished despite clearly having a virtually identical skillset. Dmitri Barinov and Dmitri Zhivolgyadov have in their own ways had to battle for their places, while the minute German veteran Höwedes was fit, new signing Cerqueira – who had performed admirably in the season’s opening weeks – was instantly dropped.

The tale enters a new chapter. Qualifying for the Champions League was not just a one-off; the question is what will the next chapter read? Semin could be accused of hiding behind his consistent domestic success and of not finding the bravery to take on the continent’s finest by attacking them. It is no disrespect to say that Leverkusen are the team that Lokomotiv will have target in this group of death if they are to have the slightest ambition of at least securing third place and Europa League football in the spring. Krychowiak welcomed this fixture a good one to start with, and is well aware of the importance it holds. Can he drag his teammates kicking and screaming with him?

It can be hard to shine in a nation that has completed a full cycle of a generational revolution, but one of Germany’s great hopes is sparkling as bright as ever. As Veth explained on Fussballstadt back in January, Havertz emerged from the dark summer days in Russia as a beacon. “All of a sudden Kai Havertz has become what Germans call ein Hoffnungsträger (a ray of hope) for a better future,” Veth wrote. “Many pundits believe German football has a player they haven’t had since Michael Ballack.” It may seem irresponsible from the outside to heap so much praise on one young pair of shoulders, but Havertz has been patiently biding his time. Although only 20, he is already in his third full professional campaign but still with just five caps to his name. If Leverkusen are to ever throw the monkey of falling dramatically short off their back, Havertz will be a critical cog – starting in this Champions League campaign. 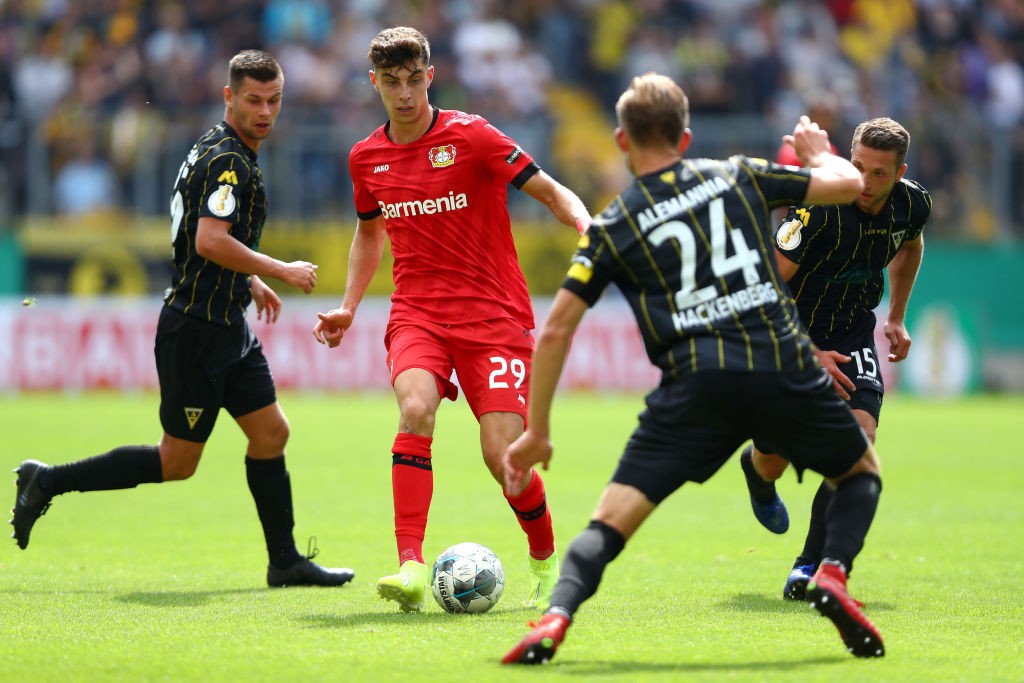 The former PSG midfielder has adapted his role at Lokomotiv to shoulder the responsibility of leading the side when Vedran Corluka has been unavailable, and this season in particular he has matured into a more complete player. With the likes of Dmitri Tarasov, Igor Denisov and Taras Mikhalchykh all phased out or retired, a dominant presence was required in the middle. In fact, alongside the youthful head of Dmitri Barinov they arguably have two, although it is no surprise that Barinov’s development has come alongside Krychowiak and not the first two. The partnership between the two has allowed the Pole to venture forward more confidently, leading to a tally of four goals already – equalling his highest ever total for a league season. If Leverkusen’s hugely talented midfield is allowed time and space then there’s little hope for Lokomotiv; Krychowiak might just have something to say about that though. 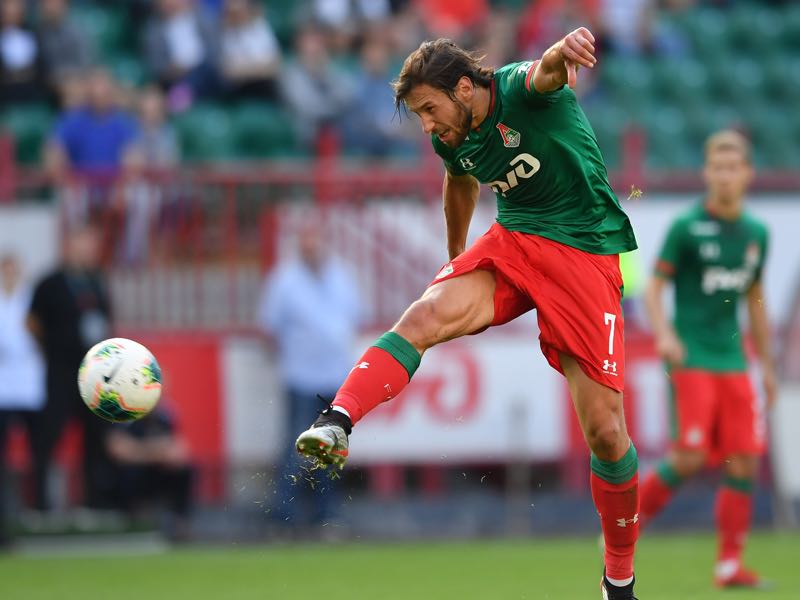 Loading...
Newer Post
Granit Xhaka: Time to let go for Arsenal
Older Post
Dortmund look to build on a big weekend as the visit of Barcelona marks a return to Europe