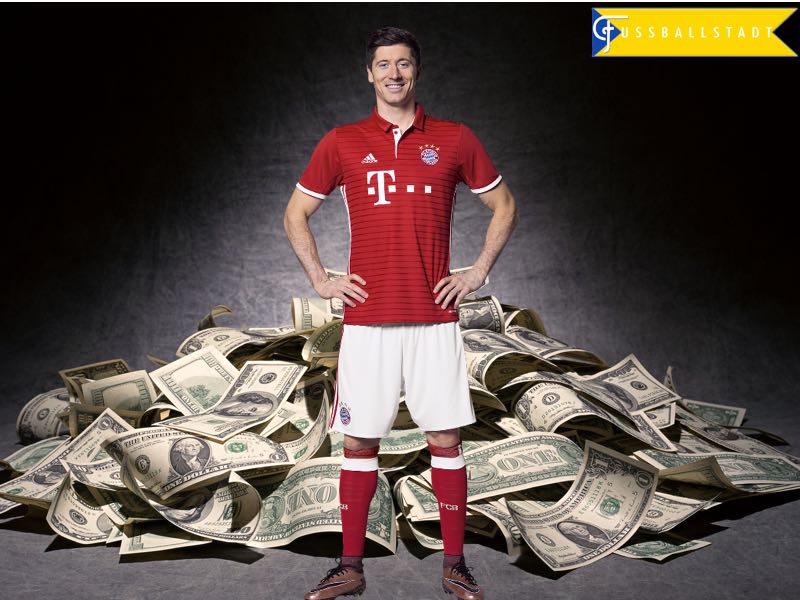 Lewandowski’s new contract – A signal to England and Spain

Bayern München’s form has been one of the major topics of the World Football Index Gegenpressing – Bundesliga Podcast in recent weeks. Then on Saturday, Bayern faced Wolfsburg—their fourth victory in a row since their dramatic defeat against FC Rostov in Russia. It appears that the Bavarians are now back on track, and ready to challenge highflying RB Leipzig.

Robert Lewandowski, who scored four times against Wolfsburg in nine minutes last season, was amongst the goal scorers once again. The Polish striker had faced a bit of a goal draught, as he had been kept off the goal sheet for four games. Lewandowski did finally score against Mainz on matchday 13, and he also scored a magnificent free kick midweek in the Champions League against Atlético Madrid, before scoring twice against Wolfsburg on matchday 14.

But the good news did not end there for Bayern and the striker, as it was announced on Tuesday that Robert Lewandowski had extended his contract at Bayern München until 2021.

In an official press release, FC Bayern München AG chairman, Karl-Heinz Rummenigge, stated: “I’m happy we’ve secured the services of one of the world’s best centre-forwards over the long term. We now have certainty that another key player will wear the FC Bayern shirt in the coming years.”

When asked about his new contract, Lewandowski told FCBayern.TV: “I am very happy that the negotiations could be concluded with a positive result, and that I will remain with Bayern for many more years. I still have big goals with the club.”

There is no doubt that Lewandowski, who was signed, as a free agent from Borussia Dortmund in the summer of 2014, is a key player for die Roten. In his first season with the club, Lewandowski scored 17 goals in 31 Bundesliga games, he followed this up with 30 goals in 32 games last season.

Despite the above-mentioned goal draught, Lewandowski has averaged almost a goal a game, scoring 11 goals in 13 Bundesliga matches. This ranks him in third place in the Bundesliga scoring race, behind Borussia Dortmund’s Pierre-Emerick Aubameyang (15 goals), and 1. FC Köln’s Anthony Modeste (12 goals).

Lewandowski has developed into a key player and, in fact, his contract extension is a major signal to the rest of Europe. The Polish international who has scored 42 goals in 85 games for his country, has always been considered a player with a clear career plan.

Before moving to Germany, Lewandowski the conscious decision to leave Legia Warsaw’s youth academy to join the small town club, Znicz Pruszków, as Legia was not willing to grant him enough playing time. When Legia wanted him to rejoin the club, he chose to move to Lech Poznań instead, because he believed that he would be guaranteed more playing time there.

From Lech Poznań he moved to the Bundesliga to Borussia Dortmund in the summer of 2010 in what was one of the most tracked out transfers of that summer period in Germany.

In Germany, Lewandowski took time to develop into a top class forward, but in the 2011-12 season he scored 22 goals in 34 games for Borussia in the Bundesliga. He followed that up with 31 goals in 24 games in the 2012-13 Bundesliga season. That year he also scored 10 goals in 13 Champions League matches, and was a major reason that Dortmund reached the final of the UEFA Champions League against Bayern.

That spring, however, there were already rumours about Lewandowski potentially not renewing his contract with die Schwarz-Gelben, which expired in 2014. Lewandowski was adamant that he viewed Borussia Dortmund, as a step in his career ladder, which was supposed to lead him to the very top of world football.

At the time there were rumours that Lewandowski could join a top club in either England or Spain. But, going into his last season in Dortmund in 2013-14, it became apparent that his destination would be Bavaria, and Munich in particular. In fact, Lewandowski’s transfer to Munich was very much an open secret even when all sides refused to make the deal official until January 4, 2014 when he signed a five-year contract at Bayern München, which kicked in in the summer of 2014.

Bayern just another step on the career ladder?

This would have meant that Lewandowski would be in his prime when Bayern needed to make a transfer decision on the Polish forward. In fact, there were consistent rumours linking Lewandowski to the likes of Real Madrid. 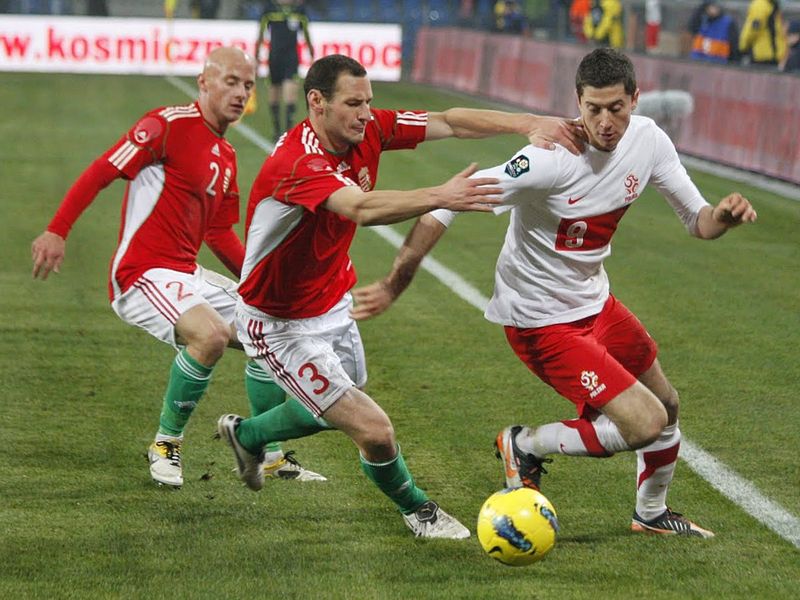 Robert Lewandowski always had a clear career path in his mind – Image by Roger Gorączniak CC-BY-3.0

The Spanish giants believed that Bayern was just a stop on Lewandowski’s path, and that he would eventually be joining Cristiano Ronaldo and Co. in the Spanish capital. Those Spanish dreams are now over , however, as Bayern München have effectively locked the Polish striker down for the rest of his career, for Lewandowski will be 32-years-old by the time his new contract is up.

Bayern have also recently tied up the likes of Manuel Neuer (contract until 2021), Jérôme Boateng (2021), David Alaba (2021), and Thomas Müller (2021) to new contracts, which means that all the above players will remain with the club long-term.

For Bayern, those contract extensions are a signal to the competition not only in Spain, but also in England, that they intent to remain one of the top three addresses in European football in the future.