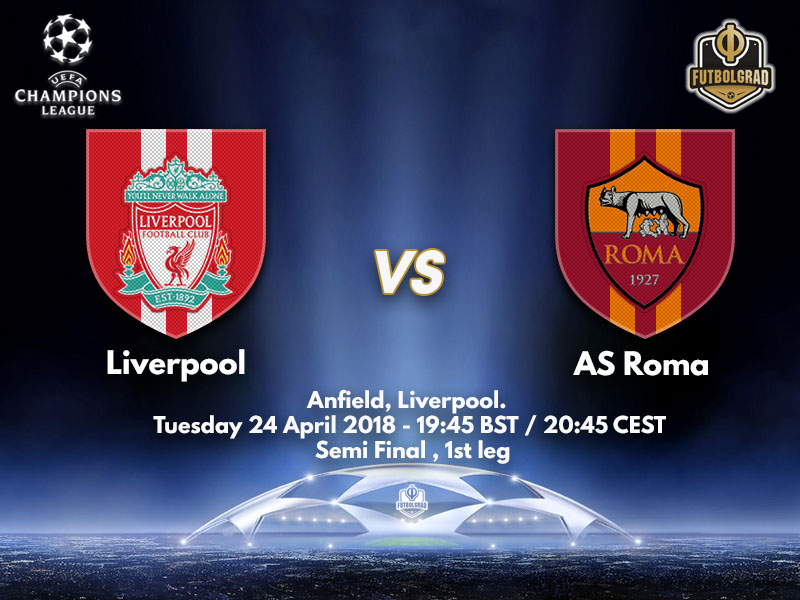 Bound by history, Liverpool vs Roma witnesses a replay of the 1984 European Cup Final. Both clubs have been on a rollercoaster journey since they last faced each other on such a grand stage. With both teams reaching the latter part of the Champions League for the first time in a considerable while, who will come out on top and secure a spot in Kyiv?

Memories of 1984 will be brought to the fore once again as these two sides fight it out over, what should be, two magnificent legs of football. However, the teams met each other back in the 2001/02 Champions League season. Two close group games eventually saw Liverpool progress to the quarter-final stage at Roma’s expense with a two-nil victory at Anfield.

Liverpool enter their first Champions League semi-final since the 2007/08 matchup versus Chelsea. Their 2008 defeat by the Stamford Bridge club ended a run of seven successive semi-final wins.

Liverpool’s last three Champions League semi-finals have all been against Chelsea and this will be the first time they have played a final-four match against non-English opposition since 1985. The only semi-final defeat against overseas opposition for the Reds came against Inter in 1965 – you could argue that history is with the hosts, but they will be far from complacent.

A late slip at the weekend against Premier League strugglers West Brom, a timely reminder that anything can happen in football if you display a lack of concentration. Liverpool will welcome back their strongest XI for the opening fixture against Roma hoping to avoid any repeat of  Saturday’s woes.

The atmosphere at Anfield will once again be key to the Red’s aspirations in this competition. Manchester City fell apart against a rampant Liverpool, powered by a cacophony of noise from all four sides of the ground – Jürgen Klopp will be wanting a last hurrah to help his side reach their first Champions League final in 11 years.

Roma announced their arrival to this stage with one of the standout performances of recent Champions League seasons. Their dismantling of FC Barcelona two weeks ago a warning to anyone who thinks defending a three goal lead in the Stadio Olimpico an easy task.

If Anfield has the power to spur on its own then so does the historic stadium in Rome and those who inhabit it.  With over 3000 Giallorossi expected to make the trip to Liverpool they will be backed by a vibrant and passionate crowd of their own.

Roma have a long history against English clubs in European competition.  Their last three trips to the island have all ended in draws. Most recently recovering from two down to draw three-three at Chelsea in this season’s group stage.

The Giallorossi’s only victory in England from 16 fixtures was a one-nil consolation win at Anfield in the 2000/01 UEFA Cup fourth round second leg, as a club they know how to grind out a result at this stadium.

The Italian club are the only team to have won a tie in this season’s UEFA Champions League knockout phase after losing the first leg – and they have achieved that twice, any potential premeditated victory thoughts following a good display in leg one should be parked by Klopp’s Reds. Roma will remain a threat for the full 180 minutes.

A comprehensive three-nil victory away to SPAL in last weekend’s Serie A fixtures the perfect tonic for their trip to Anfield. Eusebio Di Francesco stands poised to take Roma back to a European Champions Cup final for the first time in 34 years.

Liverpool vs Roma – Players to look out for:

It has been the case so far throughout Liverpool’s progression in this competition that the Egypt international is perhaps their greatest goal threat since Luis Suarez some four years ago.

Crowned as the Players’ Player of the Year by his professional peers on Sunday night, the winger has amassed a staggering 41 goals in 46 games so far this season, nine of which coming in this competition.

The Bosnian will be no stranger to his Merseyside hosts on Tuesday night, the forward spent four years in England with Manchester City prior to joining the Italian side on a permanent deal back in 2016.

In his 11 previous meetings with Liverpool, Dzeko has found the net on three occasions, something he will be hoping to add to during both legs of this fixture. With six Champions League goals already under his belt this season he will be a force Liverpool will have to contain for 180 minutes. 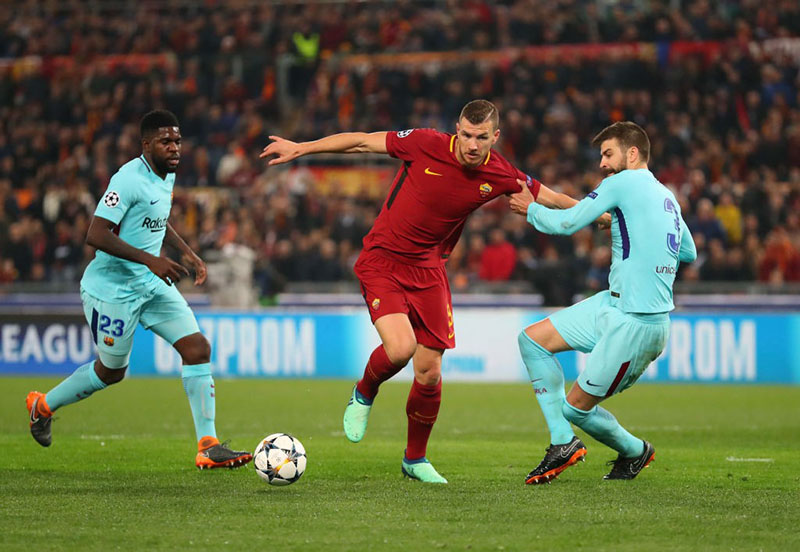 Edin Dzeko in action against FC Barcelona during the UEFA Champions League Quarter Final Leg Two between AS Roma and FC Barcelona at Stadio Olimpico on April 10, 2018. (Photo by Catherine Ivill/Getty Images)

The Futbolgrad Live Network will be LIVE at Anfield for the Liverpool vs Roma fixture. Match coverage begins at 19;15BST / 20:15CEST on fussballstadt.com and all the build-up ahead of a fascinating fixture can be found via the FutbolgradLive Twitter account.