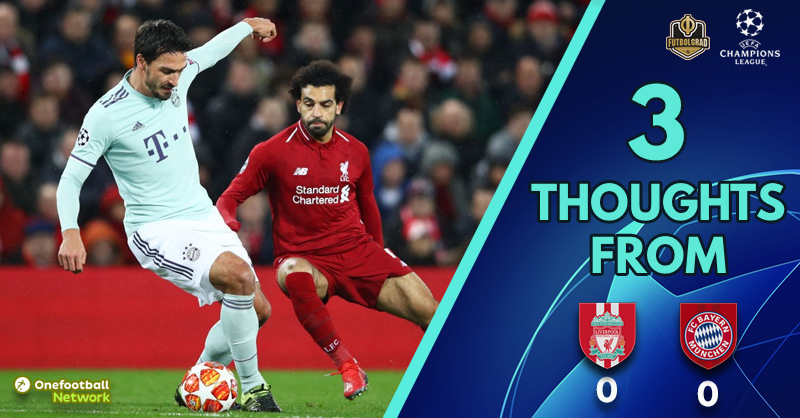 Liverpool vs Bayern München was billed as a potential goal fest – however, Jürgen Klopp commented post-match that it wasn’t a fixture that would be remembered in twenty years time. 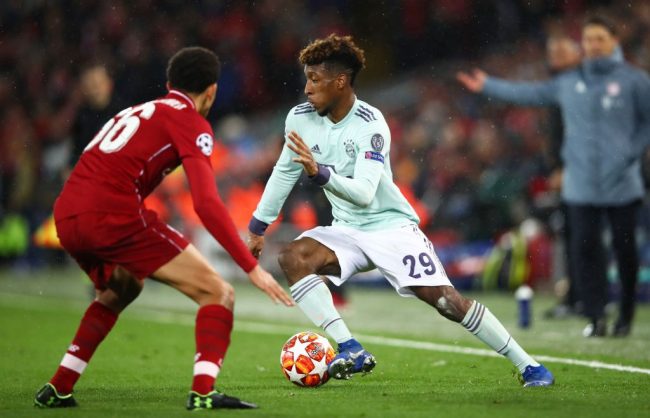 Despite Jürgen Klopp’s view that the opening leg was less than memorable, his opposite number, Niko Kovač saw the result through a more pragmatic lens – describing the situation as a glass both ‘half empty and half full’.

The Bundesliga champions restricted Liverpool to a few cast-iron opportunities – for which the hosts should have done better, and they probably will if similar chances are afforded to them in the Allianz Arena.

So with the tie finely balanced, just who has the upper hand going into March’s fixture? The argument could be that without taking a home advantage it is now Bayern who hold the cards, but an away goal for Liverpool places the Bavarians under immense pressure. 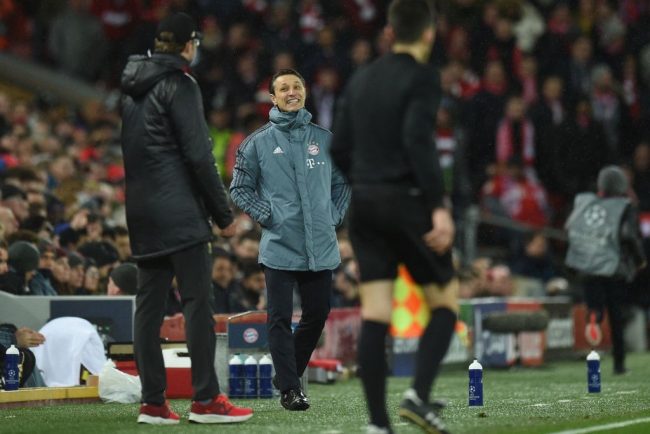 Niko Kovac gestures to Jurgen Klopp on the touchline during the UEFA Champions League Round of 16 First Leg match Liverpool vs Bayern München at Anfield on February 19, 2019. (Photo: OLI SCARFF/AFP/Getty Images)

At the final whistle there were a few raised eyebrows as Klopp and Kovač had a moment – and it wasn’t a friendly embrace they shared.

Angered by an initial brush off it was Liverpool’s manager that let the Croatian know just what he thought of him by making Klopp wait for a handshake.

“I had to wait forever for the handshake. Kovac told me that he had to talk to Ribery first because he is a new father. No idea what he has to tell him. Ribery now has five kids it isn’t like it is anything new for him” Klopp said.

Meanwhile, Kovač talked on the incident with a smile

“That was funny, we were on English soil. In Germany, it is normal when games end you shake hands with your players. In England, first the coaches shake hands. So I did what I did in Germany, said sorry and made up for it. And in Germany, we will do it as we do it in Germany.”

Liverpool vs Bayern München: Hummels back to his best 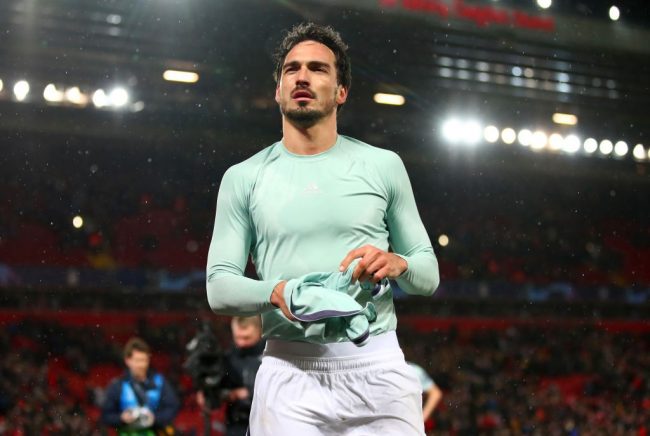 There have been a number of criticisms levelled at the World Cup winner of late. From lethargic tracking to poor decision making – however, at Anfield he delivered an assured defensive performance that drew praise from many quarters inside the stadium.

“It is still 50/50. We played a good game on the road. But at home, we have to win. Ahead of the game, we would have taken the situation. Munich is still a tough place to go to, even if it hasn’t been the case all the time this season” the 30-year-old said after the fixture.

Asked about why Bayern defended better against Liverpool than numerous occasions throughout the current Bundesliga season the defender added:

“It is a different type of football. In the Bundesliga, we have the majority of the ball. When you play against one of the best teams in the world it is a different matter”.

With Bayern’s back-line registering their first clean sheet of 2019, there will be hope in Munich that Hummels and co are moving away from the disastrous scenes witnessed lately in Augsburg where they conceded inside 15 seconds of the kickoff.