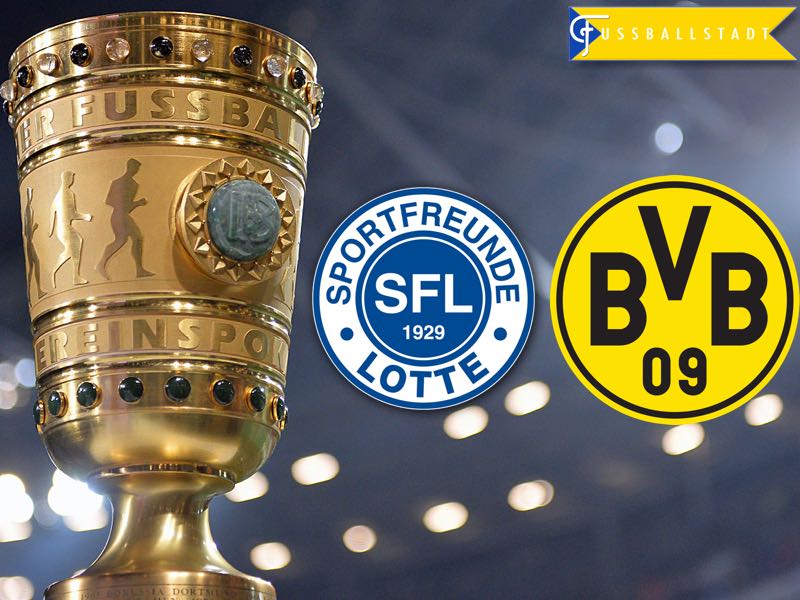 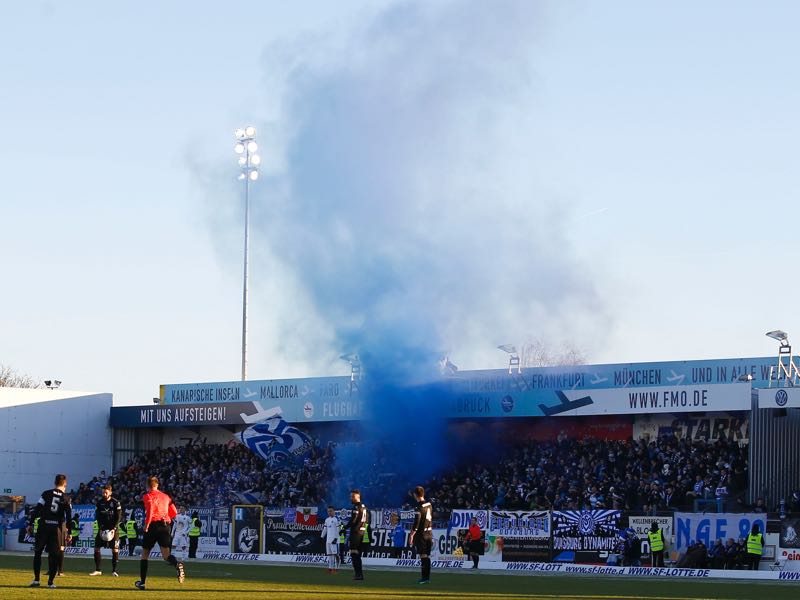 Sporfreunde Lotte vs Borussia Dortmund will take place at the Sportpark am Lotter Kreuz. (Photo by Joachim Sielski/Bongarts/Getty Images)

For Sportfreunde Lotte, drawing Borussia Dortmund in the quarterfinal of the DFB Pokal is like a win the lottery. Dortmund, in the meantime, will see this as a must-win scenario.

Sportfreunde Lotte are currently seventh in Liga 3, and they have been this year’s fairy tale story in the DFB Pokal. Lotte eliminated Bundesliga side Werder Bremen in the first round, and then overcame Bayer Leverkusen in the second round in a dramatic penalty shootout.

Lotte then eliminated Bundesliga 2 side 1860 München in the round of 16, in what was a dominant performance from the North-Rhine Westphalia based club. Lotte head coach, Ismail Atalan, seems to always find the right solution when selecting a side that can challenge even some of the biggest teams in German football.

The 36-year-old Atalan has already been identified as one of the most talented coaches in German football and it should only be a matter of time before one of Germany’s bigger teams will provide Lotte’s head coach a chance in Bundesliga 2 or even on the biggest stage in the Bundesliga.

But before that, Atalan’s team will face a Borussia Dortmund side that has finally re-found its scoring touch. Pierre-Emerick Aubameyang, who embarrassingly misfired against Benfica Lisbon and VfL Wolfsburg, scored two goals against Freiburg on Saturday afternoon. The victory on Saturday means that Dortmund are on course to finish in the top three in the Bundesliga, which would give them a direct path to the UEFA Champions League.

This, however, does not mean that Dortmund won’t take the cup seriously. With Bayern and Leipzig 13, and eight points, ahead of them in the table, Dortmund are effectively out of the championship race in the Bundesliga. Furthermore, the side might still be too inexperienced to go for glory in the UEFA Champions League. The DFB Pokal could, therefore, provide an excellent way to end the season with a parade around the Borsigplatz.

Sportfreunde Lotte vs Borussia Dortmund – Players to look out for:

Pierre-Emerick Aubameyang has finally re-found his goal-scoring touch. The Gabonese striker scored two goals against SC Freiburg on Saturday, and now sits even with Bayern’s Robert Lewandowski at the top of the Bundesliga goal-scoring race.

Sportfeunde Lotte forward, Kevin Freiberger, has scored nine goals in 22 Liga 3 games this season. But it was his heroics against Bayer Leverkusen that made him somewhat of a living legend in Lotte. It was the sort of performance that will go down in Pokal history, and it is also the sort of history that tends to repeat itself. Borussia Dortmund will, therefore, keep a close eye on the forward.