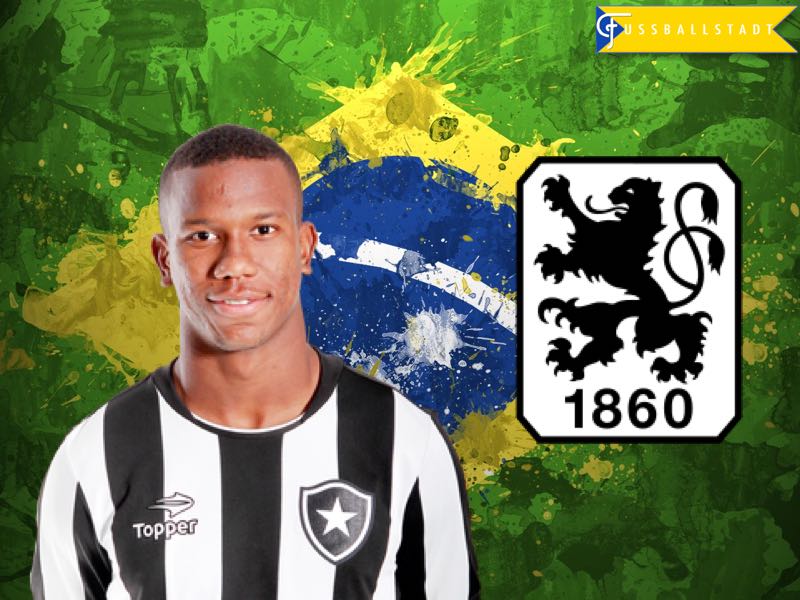 While the 19-year-old Brazilian striker was deemed as an investment in the future, investor Hasan Ismaik, in particular, hoped that the forward could provide an instant impact. But a muscle injury meant that Ribamar missed the entire Hinrunde of the Bundesliga 2 season.

The injury, in particular, meant that Ribamar almost became a ghost at 1860 Munich in the first half of the season. A move from Brazil to Europe can be challenging for young South Americans at the best of times, as a new language, culture, and the colder weather makes it difficult for Brazilians to get used to life in Germany.

In a recent interview with the 1860 Munich blog dieBlaue24.com, Ribamar revealed that he felt isolated from the squad during his injury, and even considered returning to Brazil at some point. The blog also reported that former head coach, Kosta Runjaić, and sporting director, Thomas Eichin, failed to fully integrate the Brazilian forward.

In some ways, Ribamar even symbolized the differences between the former management at the club and investor Hasan Ismaik. Ribamar’s transfer was organized through Ismaik’s contact with the player agent, Kia Joorabchian, and it was thought that both Eichin and Runjaić had little interest in seeing the Brazilian succeed at the club.

Now with Eichin and Runjaić gone, and with the arrival of new head coach, Vítor Pereira, Ribamar believes that he will find an environment that will make it possible for him to succeed in Europe. Speaking to dieBlaue24.com Ribamar said: “Vítor Pereira’s signature will make things easier for me, as the language barrier has certainly been a handicap for me because I wasn’t able to understand anyone. Of course I will continue to learn German, because I want to be able to communicate with my German friends.”

Ribamar also promises that he will do everything in his power to justify the €2.5 million that 1860 Munich spent on him in the summer. “I promise the fans that I will sacrifice myself for the club. I want to score many goals, and help the Lions to reach the top half of the table. I am convinced that 1860 is more than just a second division club. The club has mass appeal, which has impressed me.”

On a personal level, Ribamar hopes that he can secure a squad position in Brazil’s U-20 team for the World Championships in South Korea that will take place this summer.

His words will be music to the ears of 1860 fans, who have been eagerly waiting to finally see the Brazilian in an 1860 uniform. The club will travel to Portugal on January 3, and will stay there for 16 days in order to prepare for the Rückrunde.

The club already has been linked with several players for the second half of the season. It has been understood that 1860 Munich will try to sign a new forward, and the club was linked with Barcelona de Guayaquil’s Uruguayan, Jonatan Álvez.

The Uruguayan will, however, not sign for 1860 Munich, as Pereira believes that the existing forwards in the squad, including Ribamar, will be enough to reach the club’s goals in the second half of the season. Indeed many of the names that have been floated in the media, including Shakhtar’s, Ismaily, who, according to sources from the Futbolgrad Network will definitely stay in Ukraine, were simply name dropping from journalists who have linked players from Pereira’s agency with 1860.

There is no doubt that 1860 will be a major mover in the winter transfer window, as investor Hasan Ismaik has promised investments of up to €100 million in 2017. Yet, those investments will most likely focus on strengthening both the club’s defence, and midfield.

In those two areas, 1860 Munich’s shopping list will be long, as the club requires a left-back, who can both shore up the defence, and also improve 1860’s transition game. The club also requires a centre back, who can not only prevent goals, but also improve the build-up play.

In midfield, 1860 will require a linkup player, who can improve the transition from defence to offence—the club has been linked with Ingolstadt’s, Roger, who certainly would be perfect for that role.

Those who have watched Lucas Ribamar’s play in Brazil will have noted that the forward is a typical breaker up front. He can both hold the ball for his teammates, but also finish plays. The key will be to find players, who can set the Brazilian up in the box.

At 184cm, Ribamar is predestined to be a target man for 1860 in the Rückrunde. In the last few weeks, the Brazilian worked hard with former German national team fitness coach Oliver Schmidtlein in order to have the right constitution for what will be a difficult second half of the season.

Recent pictures show the Brazilian in peak condition, and the 19-year-old should, therefore, be ready for the rigors of Bundesliga 2 football. For 1860 Munich, this will mean that one of the most prominent transfers of the summer will finally be ready to show what he can do in the second half of the season.

In fact, with Pereira, Ribamar will be working with a coach, who, in the past, has shown that he can get the best out of young and talented players—at Porto Pereira brought in the likes of Jackson Martínez, Danilo, and Alex Sandro, and turned them into stars who could be sold with a massive profit.

At 1860 Munich, Pereira is supposed to repeat the work he did at Porto by bringing 1860’s talents to the next level, and he is also expected to turn Ribamar from a promising striker into a productive talent, who could become a real star in Munich.