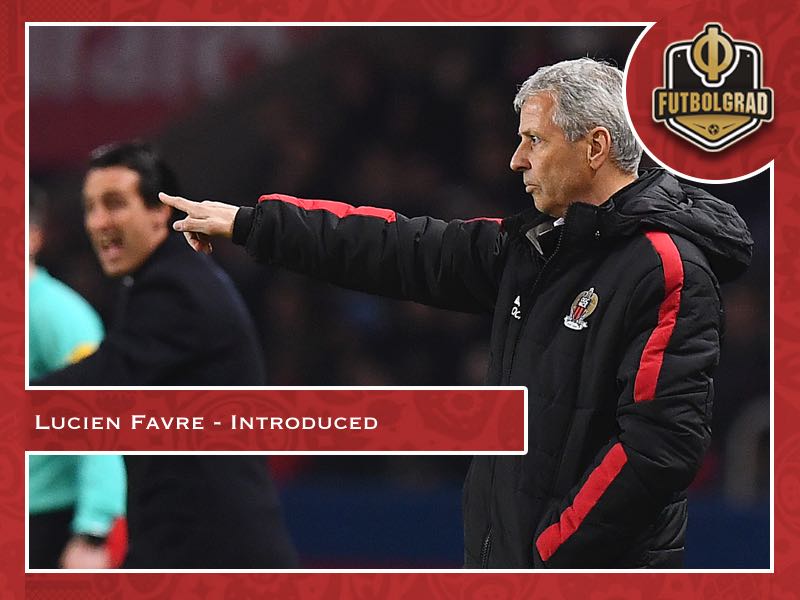 Peter Bosz, Peter Stöger or Lucien Favre read the kicker headline one year ago. Borussia Dortmund had just fired head coach Thomas Tuchel, and the three were the candidates linked with the bench job at the Yellow and Blacks.

Now, three months later the headline should read first Peter Bosz, then Peter Stöger and then finally Lucien Favre. After a turbulent 12 months, Dortmund have now managed to sign all three candidates in quick succession.

Lucien Favre, however, was always the prime candidate and it was only because of OGC Nice’s steadfastness to hold on to their coach last summer that Dortmund opted for Ajax Amsterdam’s Bosz. In many ways, Bosz seemed a logical candidate at the time as the Ajax head coach guided a young and talented team all the way to the final of the UEFA Europa League – where Ajax lost to Manchester United.

Like many Dutch head coaches before him, however, Bosz struggled with converting the aggressive attacking style, which makes big clubs successful in the Dutch Eredivisie, to the more rigorous Bundesliga. Dortmund started by playing the most attractive football in the league but were quickly found out by more tactical adapt coaches and ended up going without a victory for the entire months of October and November.

As a result, Bosz was fired, and Stöger brought in to steady the ship. Stöger did precisely that guiding Dortmund to the Champions League spots. On paper, therefore, Stöger’s time at Dortmund was a success. In truth, the football played under the 52-year-old Austrian was uninspiring.

In the end, Stöger stumbled over a dressing room that was falling apart – amply highlighted by Pierre-Emerick Aubameyang’s exit – and his lack of energy following a dreadful start to the season with 1.FC Köln. Stöger may have secured Champions League football, but with a point average of 1.58, he was fortunate that the competition – Bayer Leverkusen and RB Leipzig – failed to take advantage of Dortmund’s weak finish to the season.

Following matchday 34 Stöger announced his exit, opening the door for the third candidate on Dortmund’s list – Lucien Favre. Equipped with an exit clause Dortmund were now able to sign the man, who was already considered the favourite for the job last summer.

The question, however, is what sort of coach Borussia Dortmund will get in the likes of Lucien Favre? One thing is for sure, as it was the case with his four three predecessors, if one includes Tuchel, Favre will be no Jürgen Klopp. For many Dortmund fans the now Liverpool head coach will always remain the benchmark – but Favre will not compare with Klopp, either emotionally or tactically. 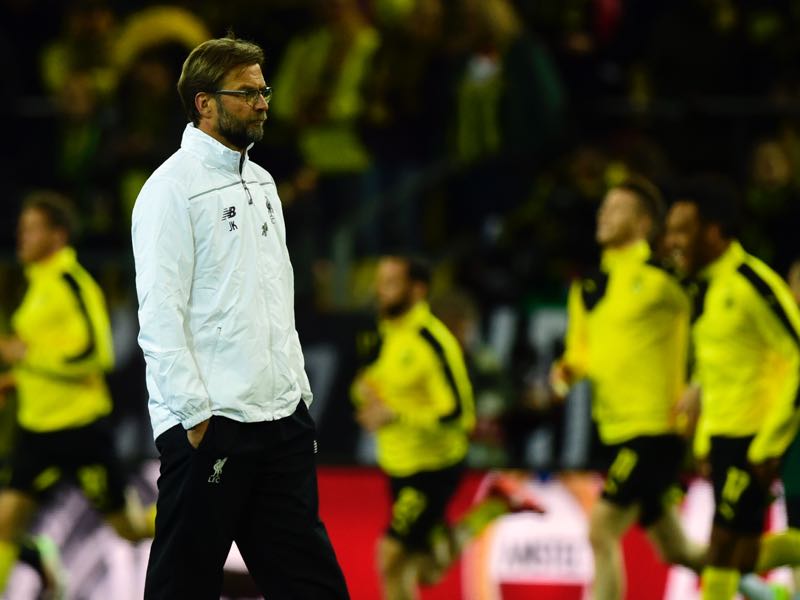 At an emotional level, the 60-year-old Swiss coach is a much calmer, introvert personality than the loud and loveable Klopp. It is only seldom that Favre will excite with exciting press conference or interviews.

During his time at Borussia Mönchengladbach Favre only went out of himself once – at the post-game analysis with Mehmet Scholl following Gladbach’s successful relegation playoffs against VfL Bochum in 2011. It was one of those rare opportunities in which Favre opened insight into his tactical view discussing the game feverishly with Scholl in front of a national television audience.

That rare occasion gave us insight into a mind that lives and breathes football. Favre, after all, is a football perfectionist. His tactics highlight this as well. But here once again Favre’s football will be very different from Jürgen Klopp or any of the other coaches Dortmund have employed in recent months.

Favre – The coach with the unique match plan

Dortmund fans, in fact, may have to bring some patience when it comes to watching matches at the SIGNAL IDUNA Park next season. In his book, Matchplan Christoph Biermann describes the finer details of Favre’s tactical approach.

Biermann describes in great detail on how Favre teams have “cheated the system” in recent seasons. Both Gladbach and Nice have allowed more shots and taken fewer shots than their league position suggests.

The result is that Favre’s teams play a type of football that is odd to watch. Both at Gladbach and Nice Favre’s teams would be slow in the buildup play looking for an extra pass or dribbling to get the best goal scoring position. That sort of football can be difficult to watch at times as Favre’s teams will seldom look for the direct path to the opposition’s goal. 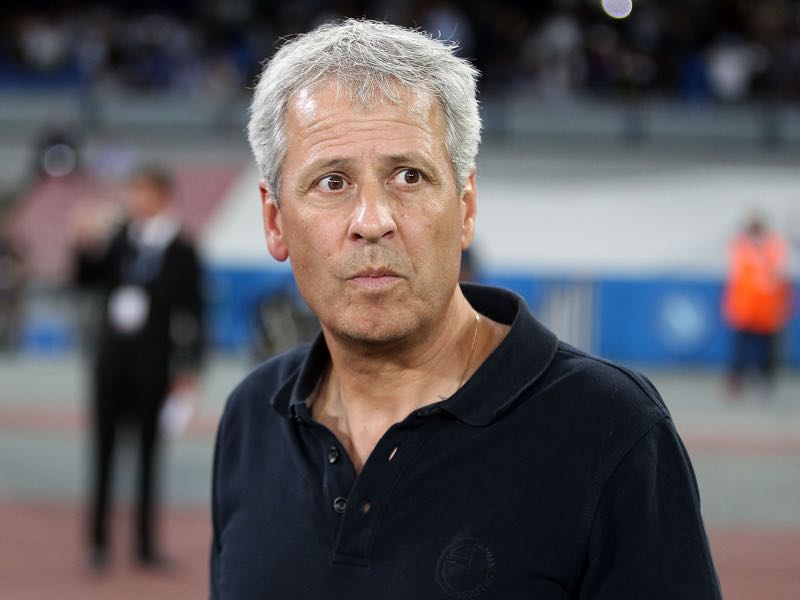 Lucien Favre is an introvert, who constantly questions his own value (Photo by Francesco Pecoraro/Getty Images)

That particular factor will be a big difference to Jürgen Klopp. Klopp’s football is high pressing and quick attacking. Those days will now be entirely over with Favre taking over on July 1. At the same time Dortmund may have to make a break with the past anyhow and to develop a new style of football rather than wishing back Klopp might be the best when it comes to moving forward anyhow.

The complications may not end here, however. Favre is also considered a difficult coach when it comes to signing new players. The former Hertha sporting director Dieter Hoeneß – with whom Favre worked together for two years in Berlin – once told kicker that if Favre had to choose between cheese and meat at a supermarket, he would go home and starve.

Favre’s inability to make decisions on new players has been a significant factor in his downfall at Hertha. Transfer targets would end up signing for other clubs because Favre was unwilling to make up his mind on a specific signing. That inability to make decisions was combated in Gladbach by sporting director Max Eberl, who would guide the coach towards the right signings. That same approach will also likely work at Dortmund where Michael Zorc, together with Sebastian Kehl and Matthias Sammer, will be in charge when it comes to bringing in new players.

The sporting troika at Dortmund should also help to combat another decisive Favre weakness. The Swiss head coach is extremely insecure when it comes to his abilities. At Hertha and Gladbach he had to be convinced to stay on after the coach suspected a breakdown of his abilities to reach the squad.

After Gladbach lost five games at the beginning of the 2015/16 season, Favre decided to leave the club even though Eberl refused to accept his resignation. Dortmund’s sporting troika will, therefore, have to create an environment in which Favre is protected from making transfer decisions and also feels secure to continue his work even after negative results.

Overall, however, BVB have signed an excellent coach. In his book, Biermann even suggests that Favre is overdue when it comes to coaching a top European club. For both Favre and Dortmund, the appointment is a chance, both for Dortmund to finally come out of the Klopp era and for Favre to test his coaching tactics on the highest European level.