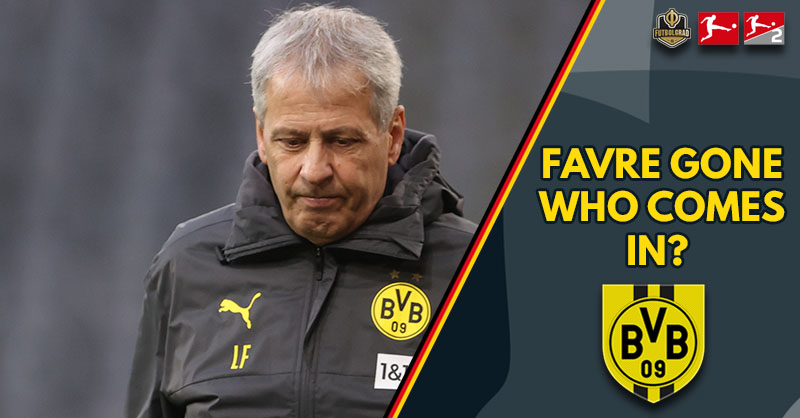 Lucien Favre sacked – but who next for Borussia Dortmund? Marco Rose and Jesse Marsch suitable candidates

Lucien Favre was ultimately dismissed as Borussia Dortmund’s head coach on Saturday night. After the embarrassment of a 5-1 home loss to newly-promoted VfB Stuttgart, members of the club’s supervisory board held a two and a half-hour meeting following the final whistle, in which the wheels were put in motion for the Swiss tactician to leave Signal Iduna Park with immediate effect.

It came as no surprise that the hiding handed out by Pellegrino Matarazzo’s Stuttgart was the final nail in Favre’s coaching coffin at the Westfalenstadion. Coupled with previous poor results, this annihilation showed just how bereft of ideas the situation on the pitch had become.

Following the fulltime whistle, Favre himself called the result a debacle, while Mats Hummels publicly questioned the setup and playing style, although not directly mentioning the coach, his words pointed to a split between how the players thought they should play and how they were being asked to:

Hummels: "We always try to play through small spaces and then we routinely lose the ball. When it works, it looks good…but it rarely works." #BVBVFB #Bundesliga

Edin Terzic will take charge of the Black and Yellows until the end of the season, promoted from Favre’s assistant to temporary coach until a permanent solution can be found.

But where will Michael Zorc, Dortmund’s sporting director, and chief executive Hans-Joachim Watzke, now cast their eyes for a suitable replacement come the summer?

With little chance of capturing a preferred candidate during the Bundesliga’s winter break in late December, the focus will now be on preparing a package for a July swoop.

Despite rumors surfacing already that one name sits higher than others, Fussballstat sources have confirmed no decision has been made as of yet, and there are a number of possibilities that could come in, dependent on contract negotiations and severance packages. 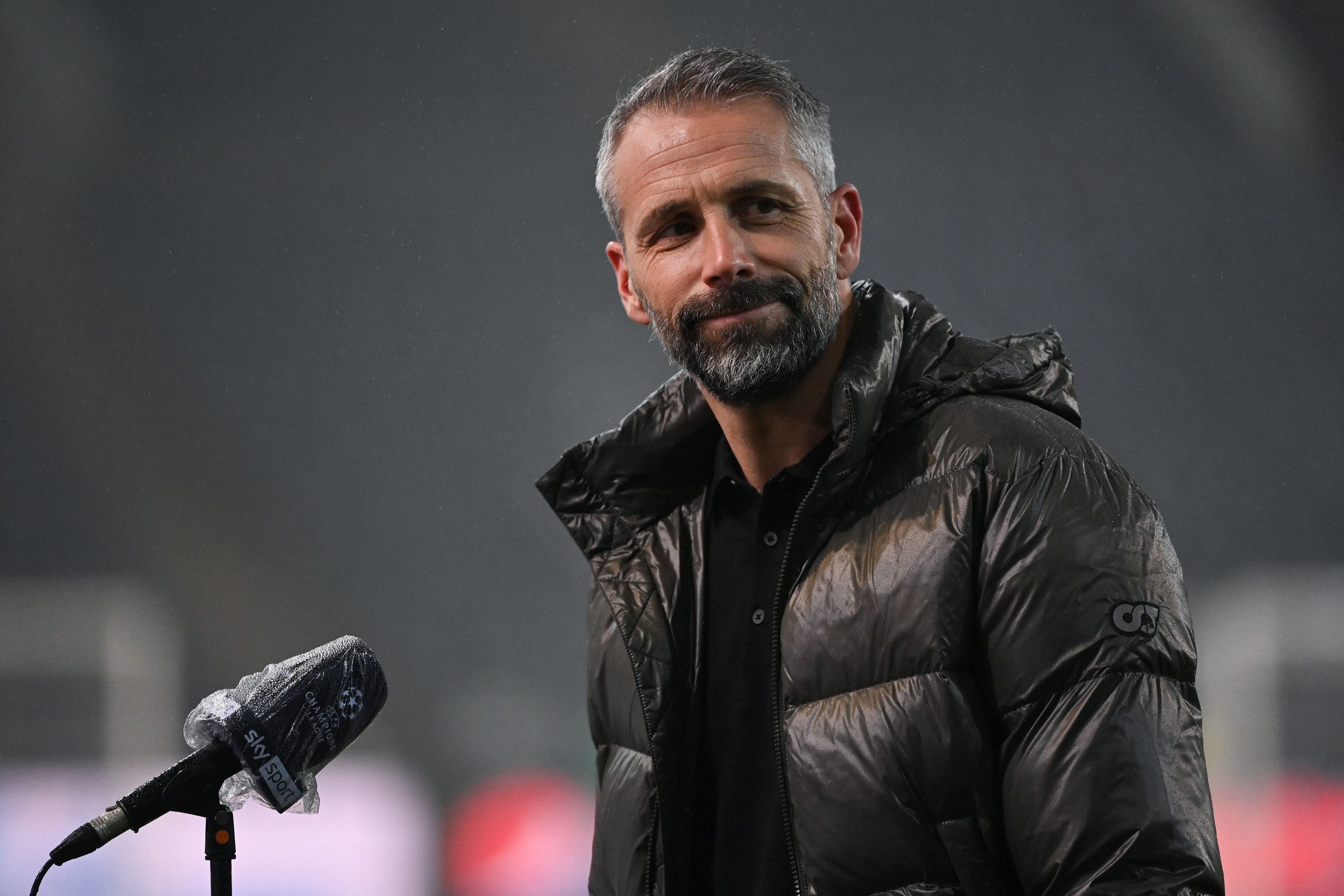 The so-called preferred candidate, Dortmund’s admiration of Rose’s ability and style reaches back to his time at the helm of Austrian super-club, Red Bull Salzburg.

The Bundesliga side met their Germanic neighbors in the Europa League knock-out stage during the 2017/18 season. Rose’s side outmuscled and outplayed their hosts–leaving Signal Iduna Park as 2-1 winners. From that moment on the 44-year-old’s stock in his native homeland embarked on a meteoric rise.

Joining Borussia Mönchengladbach for the start of the 2019/20 season, his specific brand of exciting attacking football took The Foals to the top of the Bundesliga—it was no surprise, and neither was their qualification for the UEFA Champion League the following season, for which they are now proud members of the last 16.

When Marco Rose departed Salzburg for Gladbach, the replacement was easy to find. Marsch had joined sister club, Leipzig from fellow sister club, New York Red Bulls—the step into head coach at the Austrian side was a ready-made one.

Pickings can come quite easy for Salzburg domestically so any coach will be judged on European exploits, as Rose was, and the American didn’t disappoint.

Paired in a group of death, the energy-filled club found themselves locked in a four-way fight with beaten finalists Liverpool, Italian stalwarts Napoli and Belgian outsiders, Genk.

March’s tactics saw them run Liverpool close at Anfield, which included a halftime team talk that will have registered in Dortmund, the 47-year-old has a passion and energy comparable to that of Jürgen Klopp, who’s Bundesliga ghost still haunts Die Schwarzgelben.

Ironically named the ‘Alpine Klopp’ in Germany–so close was his playing style to that of the then Dortmund head coach, the Austrian would be a perfect fit for Dortmund, although his situation as manager of a Premier League club might make it a mission impossible for Watzke and co.

The Saints are currently battling for a top-six placing in the Premier League, and without European distractions, they could very easily make their way into the Europa League next season. For Hasenhüttl he would have to decide if that is the natural ceiling for his time at Southampton. If not, the decision to swap St Mary’s for Signal Iduna Park may be a non-starter.

The best of the rest: 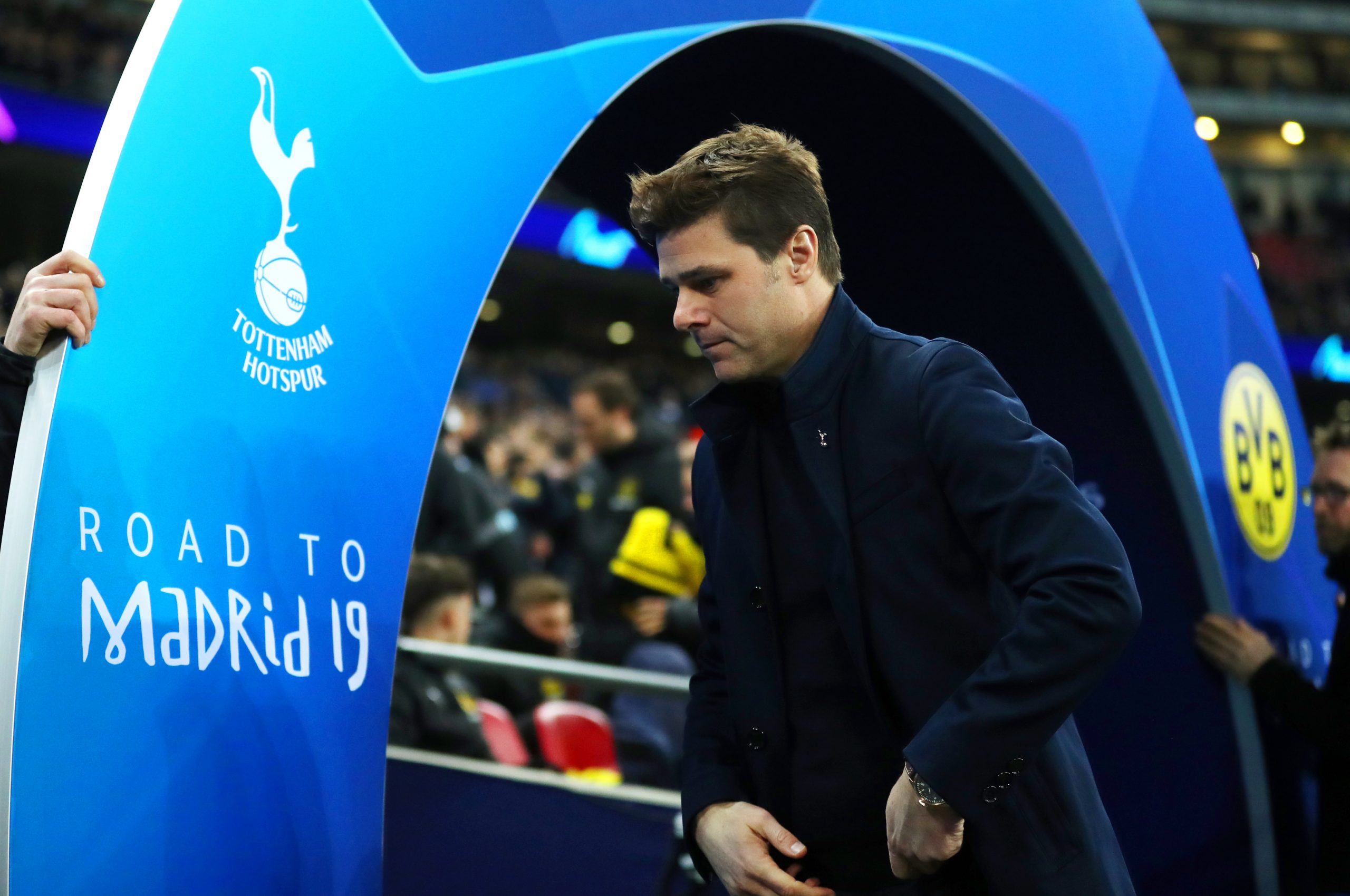 Since being relieved of his Tottenham Hotspur duties in late 2019, the Argentinian has been linked with a potential move to Dortmund—with the Bundesliga side said to be holding an active interest back in December of the same year.

However, his lack of German language skills could be the first stumbling block. Bundesliga clubs are notoriously keen on hiring semi-fluent speakers. Unless that is addressed before the summer of 2021 it could be an immediate showstopper. As could Pochettino’s potential wage demands, the 48-year-old has been courted by Real Madrid and Manchester United, so in a similar way to ten Hag below, could it be seen as a sidewards move?

The Dutchman had been heavily tipped to fill the vacant position at Bayern Munich left by Niko Kovac, but the performance of Hansi Flick was so impressive, there could be no other option for the Bavarians.

His ability to work with youth players, and to rebuild once they are sold, would fit the Dortmund project well, but with links to Barcelona and Manchester United in the past, would the Bundesliga be a destination of choice?