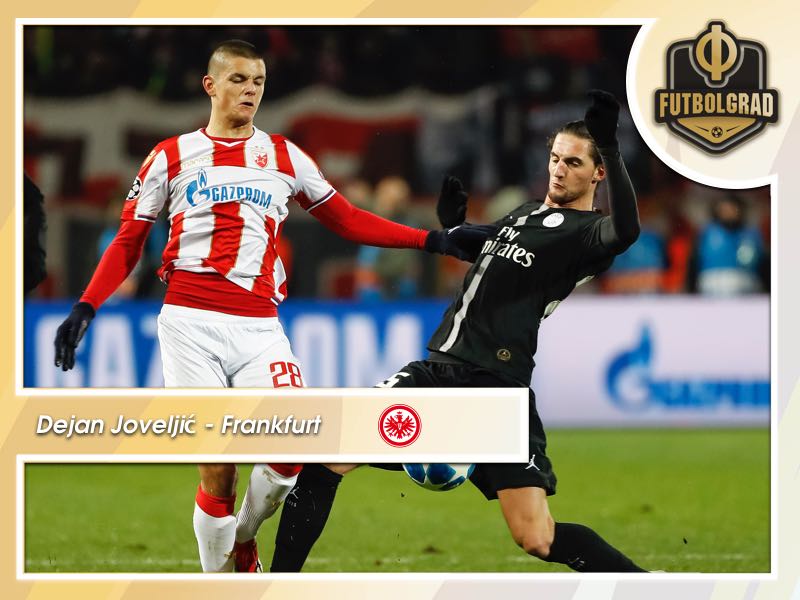 There’s no doubting that Real Madrid endured a catastrophic season in 2018/19, by their lofty standards. They’ve responded as very few clubs can, by rampaging across Europe and – in addition to adding a galactico in Eden Hazard – snapping up some of the continent’s hottest young talent. When they came calling for Luka Jovic after the young Serb’s breakout season, there was little Eintracht Frankfurt could do to resist.

Having just unleashed the potential of one of Europe’s most promising strikers, Eintracht almost immediately found themselves looking for a replacement. They moved to do so swiftly by signing Dejan Joveljic from Red Star Belgrade, with the young Serb already attracting plenty of comparisons to Jovic, and not just because of his nationality.

Luka Jović – What Have Frankfurt Lost?

Like most top Serbian prospects Luka Jovic kicked off his career at Red Star Belgrade, before moving to Benfica in February 2016. Clearly, he can’t have impressed in Lisbon, because he was moved on again to Eintracht Frankfurt in June 2017 on a two-year loan with an option to buy. Given that the option cost around €6 million when Eintracht came to exercise it, and they managed to sell him on to Real Madrid for €60 million.

To be fair, it took Jovic a while to get going in Frankfurt, as he scored a decent-but-not-great eight goals in 22 games in his first season. In 2018/19 though, he exploded out of the gate, contributing a brilliant ten goals and four assists in the first 11 league games of the season. It’s no surprise that, even then, we tagged the Serb as ‘one of the biggest stories in the Bundesliga’ in Jovic’s report from last year.

Jovic ended up with 17 league goals on the season, helping Frankfurt to improve their points total (49 to 54), goals scored (45 to 60), and league position (8th to 7th), despite losing manager Niko Kovac to Bayern Munich. He was arguably even more important in Europe, where his ten goals helped Eintracht get to the semi-finals (in which he scored in both legs against Chelsea).

Between his excellent finishing, his skill at linking up with his teammates, and his big-game ability, replacing Luka Jovic – even with a hefty transfer fee to reinvest – will be easier said than done.

Just because it will be difficult to replace Jovic, of course, doesn’t mean that Eintracht won’t give it a shot. They’ll hope that – in Dejan Joveljić – they already have their man.

On the surface, the similarities between the two are striking. Not only do both play for Serbia, but both came from the same town; Bijeljina, in Bosnia and Herzegovina. There’s only a two year age gap between them, they’re the same height (1.8m), and both came through the youth ranks at – and made their senior debuts for – Red Star Belgrade.

More importantly, Joveljic has shown a similar ability to consistently produce from an extremely early age. Coming up through the Serbian youth ranks – from U16 through U21 – he has already scored an excellent 27 goals in 51 games. When he was only 16, he was named by The Guardian as one of the best young talents in world football, and compared to Inter hitman Mauro Icardi. While he only had chance to make 21 senior appearances for Red Star Belgrade, he still managed to make them count, scoring 11 goals. 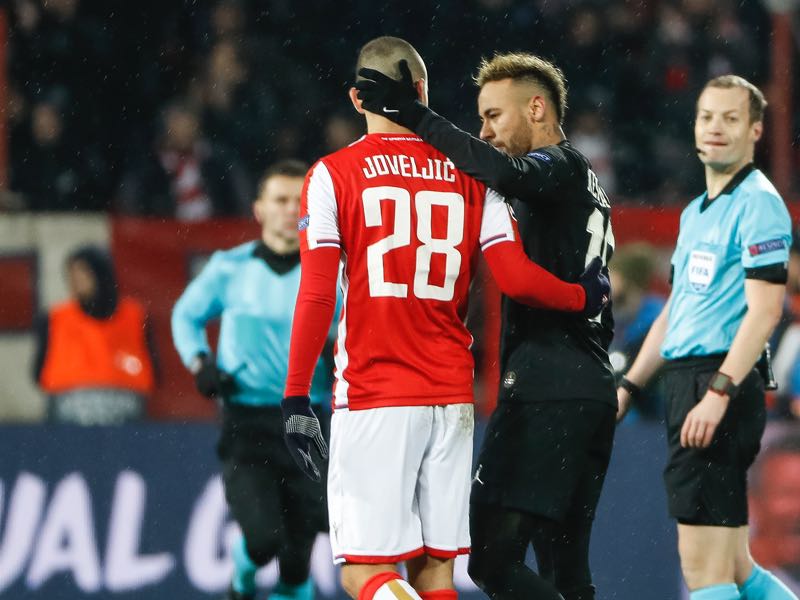 His game might not be as physical as Jovic’s (who has been described as the Serbian Falcao), but he shares his compatriot’s ability to play exceptionally well with both feet. He also has the versatility to play on the wings, giving Frankfurt manager Adi Hütter the intriguing possibility to create a fairly fluid front three with Joveljic, Ante Rebic and Sebastien Haller.

Best of all for young Joveljic (and no doubt to the delight of the higher-ups at his new club), Eintracht did not have to shell out much to secure his services, meaning he doesn’t have the pressure of a hefty fee on his shoulders. In fact, he came even more cheaply than Jovic, costing Eintracht just €4 million. If he can have anything like the same impact that his compatriot did, that will prove to be another outstanding piece of business for the club and could help them towards another successful European campaign.

It’s still early days to be placing outright bets, of course, but you’ll often find some tasty bids and promotions offered by betting firms at this stage before big money starts to pile in and sway the odds – check out some of the available promos here.

Frankfurt make a particularly intriguing proposition in this regard. Losing Jovic was certainly a blow, but the size of the transfer fee – plus the involvement of Real Madrid – may have exaggerated the impact. That will be particularly true if Dejan Joveljic can come close to replacing Jovic’s production, which – as covered – is entirely plausible.

In terms of specific markets, Outright Bundesliga Winner is obviously off the table (although if you’re a diehard Frankfurt fan and fancy an optimistic flutter, William Hill currently has them pegged at 200/1 for the title). More inviting is betting Frankfurt for a Top 4 Finish, for which they’re currently an interesting 11/2.

Unfortunately, Top Scorer markets haven’t opened for the Bundesliga yet, but Joveljic would certainly be an intriguing value pick. He’ll almost certainly have big odds behind the likes of Lewandowski, Alacer, Werner et al., but Lewandowski was able to win with only 22 goals last season. Jovic wasn’t far off with 17 goals, and if Joveljic can fulfil his enticing potential, he could certainly challenge for the Golden Boot himself sooner rather than later.