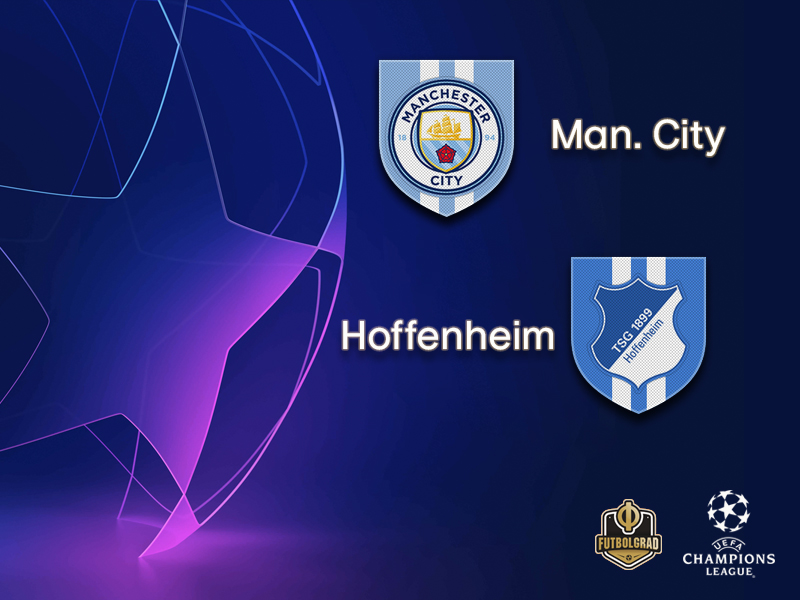 Despite defensive woes Hoffenheim plan to attack against Manchester City

Manchester City vs Hoffenheim will take place at the City of Manchester Stadium. (Photo by Shaun Botterill/Getty Images)

Manchester City responded strongly to an opening setback in Group F and sealed qualification with a game to spare; the Blues are looking to wrap up first place in the section as they conclude their campaign at home against Hoffenheim. City are first should they beat Hoffenheim, or Lyon fail to beat Shakhtar Donetsk in their final Champions League group stage match.

In fact, for Manchester City, this game might be all about conserving energy after the Citizens lost to Chelsea this weekend dropping to the second spot in the English Premier League behind Liverpool. Furthermore, unlike the Bundesliga English football does not take a break over the Christmas holidays, which is the busiest time in the English football calendar.

“We have to dosage our energy,” manager Pep Guardiola explained this weekend, “as we need all our strength to get through this season.” Speaking of strength and energy Kevin de Bruyne is expected to return to City’s lineup soon and could even start off the bench in the game against Hoffenheim. Whether Guardiola will risk him in the match against the Germans is a different story.

After all, Hoffenheim have their very own problems in recent weeks and have struggled in the Champions League. Hoffenheim are on just three points – all from draws – two behind third-placed Shakhtar. As a result, die Kraichgauer are out of contention for a top-two finish, and furthermore they must win and hope Shakhtar lose to earn a UEFA Europa League place.

Hoffenheim’s biggest problem has been defence. Hoffenheim have scored ten goals this season, normally enough to qualify for the next round. But 12 conceded goals means that Hoffenheim’s attack on average had to compensate for 2.4 conceded goals per game. Too many to be competitive in Europe’s elite competition and with City die Kraichgauer now face the best attack in this season’s Champions League (14 goals).

“My goal is to beat Manchester City,” head coach Julian Nagelsmann told the media on the weekend. “We want to reach our minimum target [the Europa League]. We will believe until the very end,” defender Ermin Bicakčić added. Hence, Hoffenheim are expected to play their usual attacking football with all its usual risks, which in turn will open their already vulnerable defence. Hence, visitors to the City of Manchester Stadium can expect two teams that will play full throttle football in which the Citizens are likely to blow out Hoffenheim with a decisive victory.

Manchester City vs Hoffenheim – Players to look out for:

Ilkay Gündogan will be among the players to rotate into the side. The German national team midfielder has featured in 16 games for City this season scoring three goals and three assists. With plenty of players available to Guardiola in midfield Gündogan is getting plenty of playing time but at the same time is not among the players that command a regular role in the starting XI. Hence, the game against Hoffenheim will be a good opportunity for the 28-year-old midfielder to show Guardiola that he is a reliable option at the heart of City’s game.

Andrej Kramarić has been in excellent form lately. The Croatian forward has scored six goals and two assists 11 Bundesliga games as well as four goals and one assist in five Champions League games. Always an attacking threat the forward often operates as a winger right behind the two attacking tanks Joelinton and Ishak Belfodil.