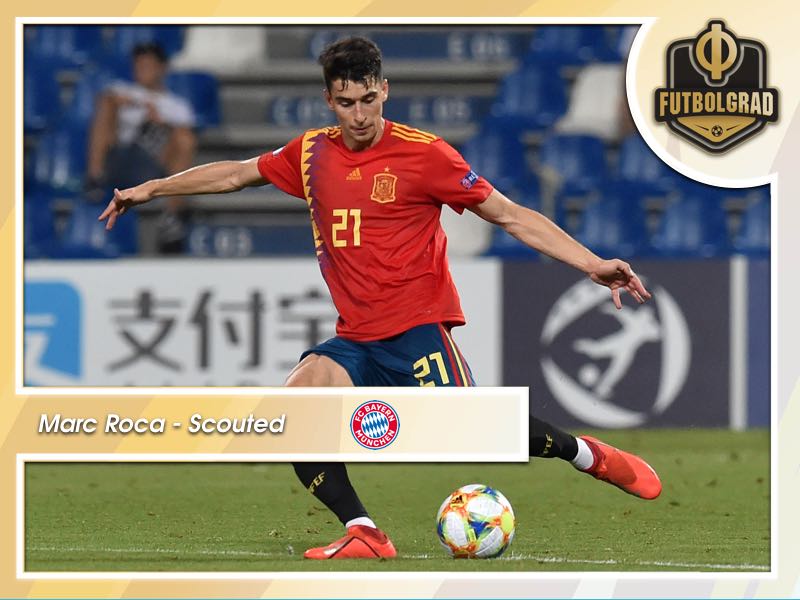 Marc Roca – What can he add to Bayern’s lineup?

It has been a complicated transfer window for Bayern München. Additionally to signing two new centre-backs in Lucas Hernández and Benjamin Pavard Bayern also wanted to bring in a midfielder, a winger and perhaps a striker. In Marc Roca, they may finally be able to tick at least one of those boxes.

“We will have a very good squad, the transfer window isn’t closed yet,” CEO Karl-Heinz Rummenigge said upon Bayern’s arrival in the United States where the club will take part in the International Champions Cup.

“Without transfers, it will be difficult to play for titles,” striker Robert Lewandowski said. “In the last two years Bayern didn’t complete a major transfer,” he added. Whether Lewandowski will see Marc Roca as a major transfer is another topic, because the deal to bring the Spaniard to Germany seems imminent.

Spanish papers Marca and AS reported on Tuesday (Jul. 16) that Bayern’s sporting director Hasan Salihamidžić had already agreed personal terms with the 22-year-old midfielder from Espanyol Barcelona. Furthermore, Sport Bild reported that Bayern wanted to negotiate Espanyol down from the €40 million exit-clause in the midfielder’s contract.

Then on Wednesday (Jul. 17) kicker reported that Bayern are willing to pay the €40 million to complete the transfer. Marc Roca was part of the U-21 Spanish national team that won the European Championship in Italy and San Marino beating Germany 2-1 in the final.

The midfielder is supposed to act as a backup for Thiago. Signing a central midfielder like Marc Roca, in fact, might be the most important piece of business Bayern will make this summer. Der Rekordmeister was also interested in Atlético Madrid midfielder Rodrigo, the Spaniard, however, opted to sign for Manchester City instead.

As pointed out on the latest Gegenpressing Podcast and in an article on the Futbolgrad Network signing Rodrigo was a key business for Bayern this summer. The midfielder could have ticked various boxes for the Bavarians and filled a big creative void in the centre of the park and also would have added depth in defence as Javi Martínez could be freed up to play as a centre-back. 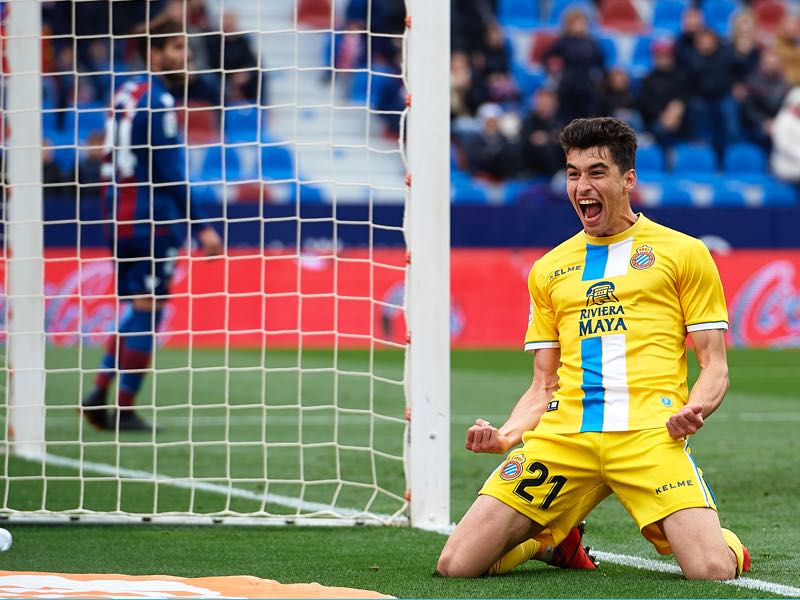 With Rodrigo joining ManCity, however, Bayern had to move their focus elsewhere. In fact, for some time it appeared that the club would not sign a central midfielder at all and instead burn all their resources on a winger such as Leroy Sané.

Although Bayern remain interested in the Manchester City winger, it now appears that in Marc Roca the club is willing to bring in a key midfielder after all. Finding an alternative to Javi Martínez and Thiago is paramount. On average Bayern have collected 2.52 points and conceded just 0.64 goals when Javi Martínez played for the club, in comparison without the 30-year-old Bayern collected just 1.94 points and conceded 1.25 goals per game.

With Roca relatively unknown in Germany the question is what can the 22-year-old add to the Bayern squad and is he an edaquate Plan B given that the club missed out on Rodrigo? Although Roca is a significant talent, the 22-year-old visibly does represent a lower price segment.

Marc Roca by the numbers

In fact, when it comes to his passing statistics, his overall numbers are more comparable to those of Renato Sanches than Rodrigo, who tops almost all categories. For example, when it comes to passes played per 90 minutes, Marc Roca averaged 51.28 passes, that is slightly more than Renato Sanches’ 49.19 and significantly less than Thiago’s 84.72 passes per 90 minutes.

OR MORE ON GERMAN FOOTBALL LISTEN TO THE GEGENPRESSING PODCAST NOW!

All of these numbers of course come with a big caveat. Bayern are the best club in Germany, which will have boosted the numbers of the Bayern players in the squad. Meanwhile, Rodrigo was the most desired midfielder in Europe and it is no surprise Pep Guardiola fought Bayern hard to sign the player.

Marc Roca, in the meantime, finished seventh with Espanyol Barcelona in La Liga last season. A good result for the club and one reason why Bayern have targeted him. At the same time, Espanyol would have hardly played the sort of dominant football that is on display by top clubs, which would have curbed his numbers somewhat.

Either way, Roca seems to be a fascinating project. At €40 million, however, he seems expensive for a backup player and will have less than an impact that a Rodrigo type midfielder would have had at a slightly higher cost.