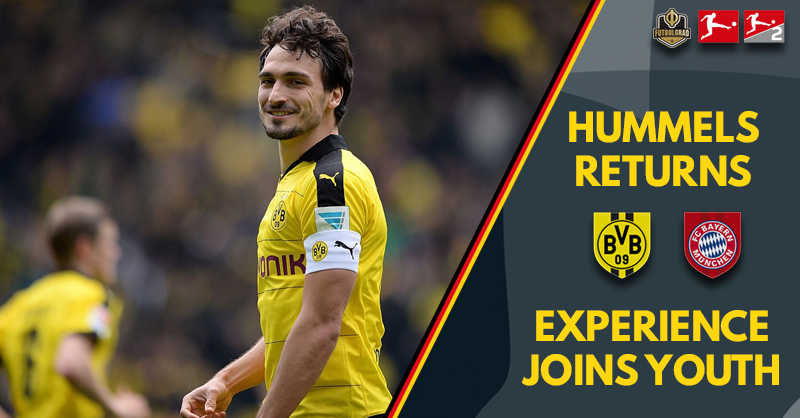 Guess who’s back, back again? Mats is back, tell a friend. In a surprise move, Mats Hummels makes his way along the A45 for one more time – leaving Bayern München for the familiar surroundings of Borussia Dortmund, and the Westfalenstadion.

Exactly three years after swapped the yellow and black of Dortmund for the red and white of Bayern, Hummels is back at a ground he knows only too well – but, this isn’t the first time the centre back has swapped Bavaria for Westphalia.

The world cup winner originally made this move back in the January of 2008 – initially on loan – before a permanent transfer was agreed in the summer of 2009 for €4.2 million.

Aged then 20, he went on to make 309 appearances for the Signal-Iduna Park based side, scoring 25 times and assisting a further 16 – not bad for a centre back.

Hummels was a key component of the success enjoyed by Dortmund under Jürgen Klopp, most notably back-to-back Bundesliga titles in 2010/11 and 2011/12, as well as a Pokal double in the latter season.

In his final game for die Schwarzgelben Hummels faced Bayern in the 2016 DFB Pokal Finale – losing 4:3 on penalties after he left the pitch in normal time due to an injury.

Hummels was the Dortmund captain, and his departure signalled the third such high profile transfer between the clubs in a short space of time – Mario Götze (2013) and Robert Lewandowski (2014) both left, significantly weakening Bayern’s biggest threat in the Bundesliga.

However, now is the time for Hummels to go back to Dortmund in a move that their official website described as a ‘return to his former home’. 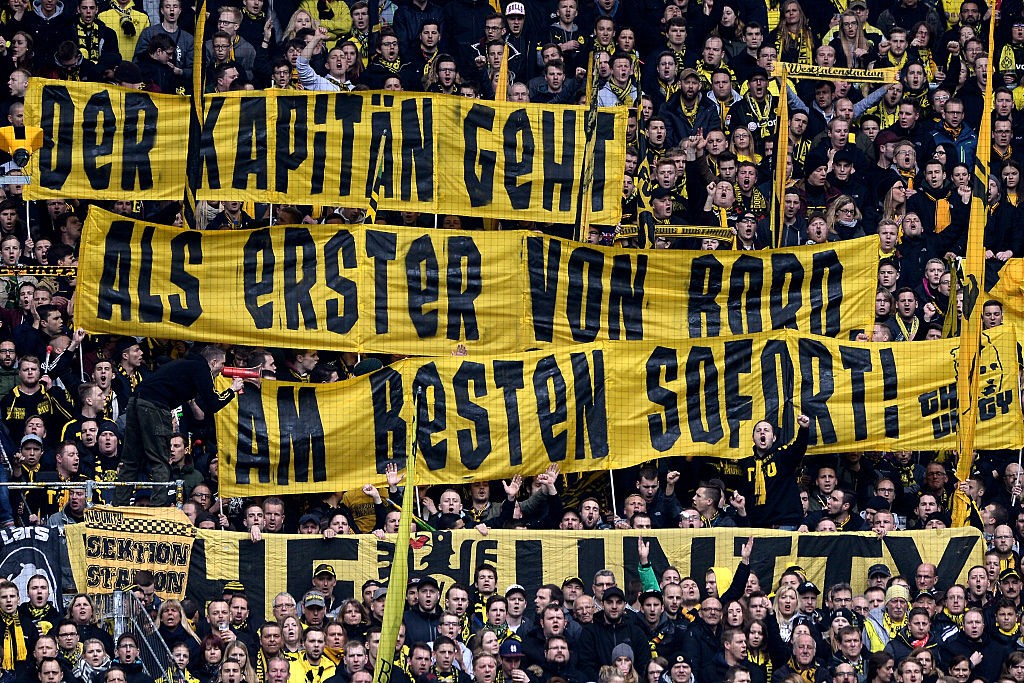 But does the transfer make sense? The centre back is now 30 and will cost the Yellow and Blacks €38 million, but he will bring a greater degree of experience, crucially at winning titles – something that evaded Dortmund last season, due in part to the naivety of youth.

The Bundesliga Meisterschale evaded Lucien Favre’s side by just two points, Bayern made up a nine-point gap to win their seventh straight title. As the league broke for its winterpause in December 2018, Dortmund held an advantage of six points, having just lost once.

By the time the season finale came, their record stood at four losses and seven draws on Matchday 34 – they had snatched defeat from the jaws of victory on more than a few occasions.

After a wonderful Hinrunde, Dortmund’s 2019 stuttered – something that was always predicted under new head coach Favre, as the Swiss tactician took the club through a transitionary phase.

Looking back at their 2018/19 Rückrunde, the Yellow and Blacks will point to two key periods that ultimately lost them the title.

First, they had a February to forget – picking up just six points from an available 12, before a spring defeat to Schalke was swiftly followed by more dropped points against Werder Bremen – it signalled an end to their title ambitions. 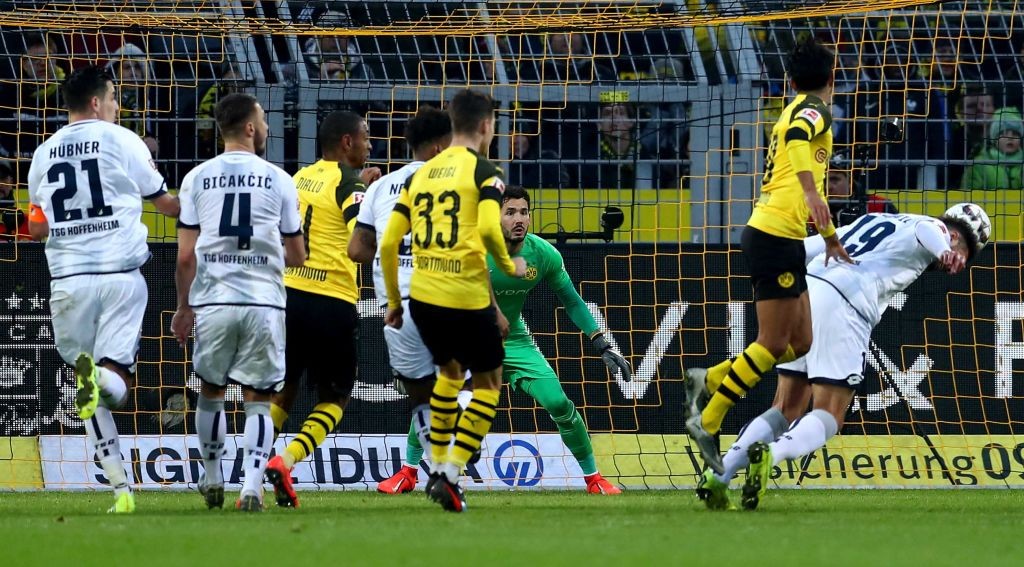 An inability to see out games had seen the once lauded ‘champions elect’ become bridesmaids yet again. Defensive errors littered a season that was best encapsulated by the visit of Hoffenheim to the Westfalenstadion.

Three-nil up on the 67th-minute victory looked a dead cert – however, a total collapse allowed Hoffenheim to score three goals in the final fifteen minutes.

What was more disappointing for Dortmund was once Pavel Kaderabek had headed in the visitors second on 83 minutes, the entire stadium could feel what was coming.

That wasn’t the only time Dortmund slipped up due to defensive problems. Dan-Axel Zagadou had a few hair-raising moments before injury ruled him out of the side, leaving Julian Weigl to be parachuted in as a makeshift centre back.

So, while the transfer fee may be for an eye-opening amount, Dortmund will be getting a player in who knows how to win. Even after being dropped by the national side in a very public way, Hummels went on to show he still has the ability – most notably against his new side back in April. 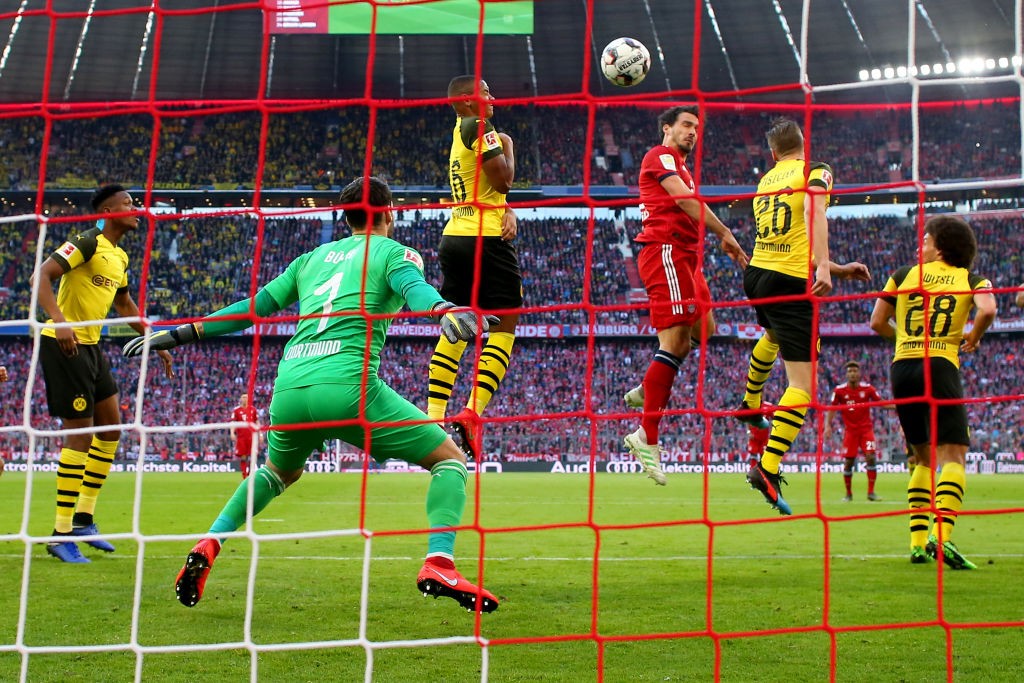 Bayern running out 5-0 winners on an afternoon when the 30-year-old rolled back the years to show just how effective he can be at the back, as well as in the opposition area.

Dortmund have recruited wonderfully so far during the closed season. Christian Pulisic finally left for Chelsea and the €60 million income resulted in Thorgan Hazard, Julian Brandt and Nico Schulz all being added to their squad for a minimal outlay.

Hummels now adds a final piece to a squad that looks both formidable going forward as it does in retreat. The expectations laid at Favre’s door will now be even more heightened with the return of the once captain.