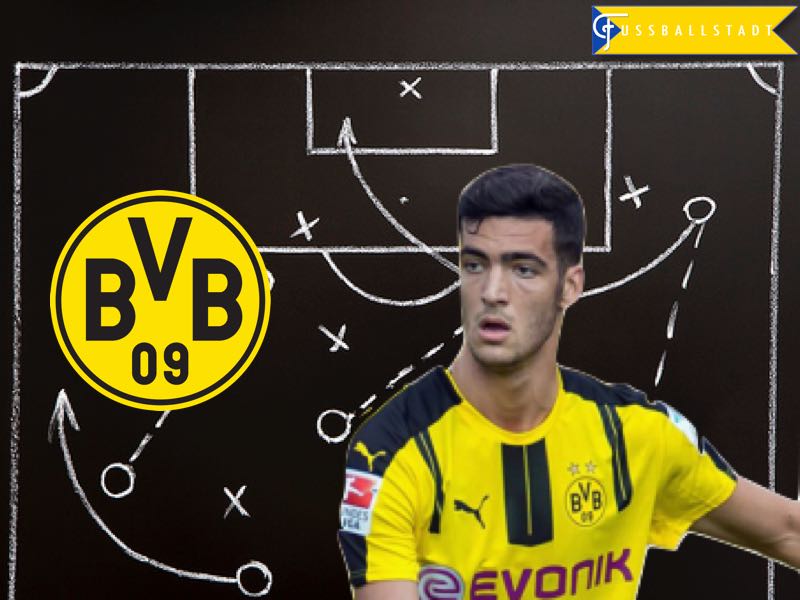 Mikel Merino was signed, in February 2016, from the Spanish Segunda División side CA Osasuna for €3.75 million, and thereby became the first signing in what would be an extremely busy transfer year for die Schwarz-Gelben.

When Merino penned his Borussia Dortmund contract, it was expected that Dortmund would be able to extend the contract of at least one of their three superstars, Mats Hummels, Henrikh Mkhitaryan, and Ilkay Gündogan. Indeed, at the time, only Gündogan was a likely candidate to leave the club.

The 19-year-old Mikel Merino, therefore, was understood to be arriving at an established side in which he could learn from established players, and perhaps undergo a similar development as Julian Weigl in the 2015-16 season.

In the time between signing the contract on February 15, 2016 and arriving at the club on July 1, 2016, however, the situation in Dortmund changed dramatically; Captain Mats Hummels did the unthinkable, and asked for a transfer to Bayern München, Ilkay Gündogan left the club for Manchester City, and Henrikh Mkhitaryan forced a move to Manchester United.

The three transfers initiated a dramatic shift in Borussia Dortmund’s transfer policy, as the club attempted to compensate for the loss of their key players by signing a whole armada of young talented players in the summer—spending €109.75 million in process.

The attacking line with the likes of young talented players such as Ousmane Dembélé, Emre Mor, Christian Pulisić, as well as World Cup winners Mario Götze, and André Schürrle, together with Marco Reus and Pierre-Emerick Aubameyang, creates some of the most interesting football to watch in European football at the moment.

Mikel Merino was supposed to learn from Mats Hummels

But the departure of Mats Hummels also created a gaping hole in Dortmund’s defence, which the club has attempted to fill with talented Spanish defender Marc Bartra. Bartra, however, has struggled with the transition from playing largely possession-based football at Barcelona to the quick vertical play that is on display in the Bundesliga in general, and Dortmund in particular.

Bartra, for example, had a screamer in Dortmund’s final game before the winter break, and was taken off after the first 45 minutes by head coach Thomas Tuchel. The Spaniard consistently struggled with his buildup play, by needlessly giving the ball away to the opposition.

The game against Augsburg, in many ways, demonstrated that Hummels’ departure was the biggest loss for Dortmund during the summer, as die Schwarz-Gelben have conceded 19 goals in 16 games in the Bundesliga.

For Merino, Hummels’ departure also had a major impact. At CA Osasuna Merino was used both as a central midfielder, and as a centre back, and Dortmund seems to have brought him in with the intention of developing him into a centre back, although Merino himself seems to prefer to play in midfield.

In fact, Merino’s flexibility makes him ideal for a back three, which is the formation that Tuchel seems to prefer these days. But the departure of Hummels meant that Dortmund were forced to bring in a new defender in Bartra, who is still getting used to the league himself, and also that Merino lost a potential mentor, who could have helped him with the transition from the Spanish second division to the German top flight.

At times it appeared that Mikel Merino almost became an afterthought in the first half of the season. In September, Borussia Dortmund did not nominate the young Spaniard for their Champions League squad—despite being just 20-years-old, Merino would have still occupied a full squad spot as he had been with the club for less than three years.

Merino did not feature in the first six games of the Bundesliga either, before playing 90 minutes, as a centre back, in the 1-1 draw against Hertha Berlin on matchday 7. He then did not feature again until matchday 15 when he was brought on in the final minute of Dortmund’s 2-2 draw with Hoffenheim.

An injury to Dortmund’s Greek centre back Sokratis Papastathopoulos, however, meant that Merino was given the nod on matchday 16 against Augsburg. As mentioned above, the game was one to forget for Bartra, who centred the back line, and Merino’s play, as a result, suffered. 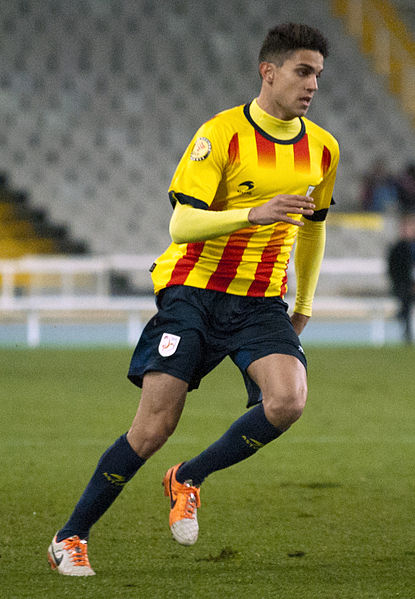 In the second half, Tuchel reacted and brought on Sven Bender. With Bender in the fold, Merino’s play stabilized, and the defender, who played the left part in the three man defence, was able to improve his game significantly. Merino ventured forward with the ball showing some real swagger, as well as technical abilities that when fostered could help him develop into a top player in the league.

The big problem for him, however, will be playing time. Sokratis will likely return after the winter break and, with Sven Bender fit again, Merino could find himself on the side-line once again. The Spaniard, however, needs to play, and it is, therefore, no surprise that there has been talk about him heading back to CA Osasuna to join his former club on loan.

Could a loan deal be the solution?

But in some ways, a loan back to Spain might be counter productive. Osasuna are currently battling relegation from La Liga, and would certainly benefit from having Merino in the squad. At the same time Merino needs to learn German, and should get used to be playing in the Bundesliga.

Hence, a loan move within Germany might be the best move for Mikel Merino at the moment. One of the clubs linked with the Spaniard at the moment is 1. FC Köln. Köln have recently lost defender, Mergim Mavraj, to Hamburger SV, and are, therefore, on the lookout for a new defender. The shortage of transfer funds in the Domstadt means that Köln could be interested in bringing in a player on a loan deal.

Merino is undoubtedly talented, but the Spaniard needs playing time now, either at Dortmund, or at another club. Mikel Merino, therefore, will remain a hot topic during the Bundesliga winter break, as Dortmund’s trifecta of CEO Hans-Joachim Watzke, sport director Michael Zorc, and head coach Thomas Tuchel, ponder the best way of moving the squad forward in the second half of the season.