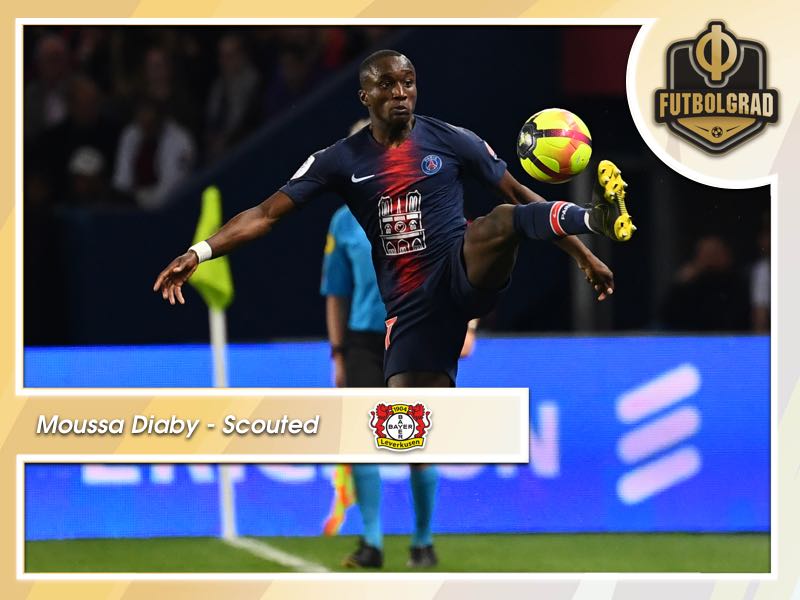 It could have meant a season on the bench, but instead, Moussa Diaby made the most of his season under Tuchel. The 19-year-old winger, after all, managed 25 Ligue 1 games for PSG – in which he scored two goals and six assists – despite several big-name players like Julian Draxler and the Brazilian superstar Neymar occupying his position.

Overall, a big step up from his failed loan to the Italian side Crotone. Sent to the Serie B side in January 2018 he managed just two league games. Not exactly a good pedigree to return to PSG with but in the end the winger managed a decent amount of playing time last season.

Paris Saint-Germain, however, need money to make new signings. Furthermore, the 19-year-old was at the centre of a conflict between the Brazilians and the French players at the club.

At the centre of the clash were two stars. Kylian Mbappé and Neymar. Following PSG’s final defeat to Rennes Neymar criticised the young players in the squad, Mbappé, in the meantime, defended the young stars and asked for more power in the dressing room opening the door towards his own departure.

It is an ongoing conflict that seemed to have also swept up Moussa Diaby. The 19-year-old is now escaping the volatile situation in Paris paving the way for some much-needed transfer income. 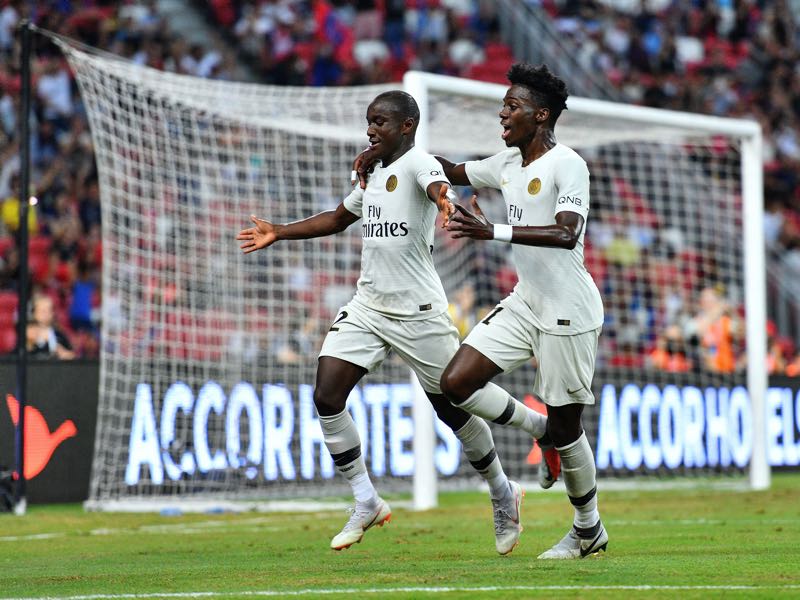 Moussa Diaby and team mate Timothy Weah of Paris Saint Germain celebrates his goal during the International Champions Cup match between Paris Saint Germain and Clu b de Atletico Madrid at the National Stadium on July 30, 2018 in Singapore. (Photo by Thananuwat Srirasant/Getty Images for ICC)

In fact, Moussa Diaby becomes the latest academy product to leave the club. But while PSG received very little from selling the likes of Dan-Axel Zagadou, Mamadou Sakho, Jean-Kevin Augustin this time they will get a good chunk of cash that can be re-invested in the squad.

Furthermore, Bayer Leverkusen have in the past highlighted that they can develop players and sell them with a profit. Hence, PSG expect to receive a second installment once Moussa Diaby decides to leave Die Werkself for a top European club.

Until then, it will be a long way for the 19-year-old. Furthermore, Moussa Diaby, who is currently a U-20 national team player (seven games, three goals) will be asked to help fill the void left by attacking midfielder Julian Brandt, who has left the club for Borussia Dortmund this summer.

Moussa Diaby – By the numbers

At the same time, Bayer fans have to realise that Diaby will be a very different player. In fact, the 19-year-old is more comparable to forwards Leon Bailey and Karim Bellarabi. Of the current Bayer players in the squad Moussa Diaby, in fact, ranks second in dribblings per 90 minutes (5.91) smacked right between Bailey (6.61) and Karim Bellarabi (5.31).

A natural dribbler Diaby, however, still struggles to get past his first man and in terms of successful dribblings would rank just seventh — with a completion rate of 65.57% — among Bayer’s players (including Brandt). In comparison, Bailey leads that list with 79.08% completed dribbles.

Nonetheless, Moussa Diaby projects to be an excellent contributor for Bayer. Last season he created 0.29 assists per 90 minutes, which ranks him second behind Bellarabi (0.36) and Brandt (0.33).

What Diaby lacks at the moment is the calmness to beat his first man. It is a matter of maturity for the winger, which might not be necessarily achieved at the age of just 19. With a little development, however, the French winger could become a player that might not necessarily completely fill the void left by Julian Brandt but who with his unique skillset could allow Leverkusen to compensate for the German national team player’s departure.

Thomas holds an MA in Middle Eastern Politics at King’s College London and currently works in Greece as a consultant for Terre des hommes Hellason their Sport for Protection project. Thomas’ career led him to several opportunities in sports in general, having worked for the United Nations Office on Sport for Development and Peace and in the football industry in London. Born in Toulouse, Thomas has lived most of his life between Florianopolis (Brazil), Toulouse and London and Thessaloniki. Thomas firmly believes in the power of football as a tool for social development. Follow Thomas on Twitter @thomasfarines