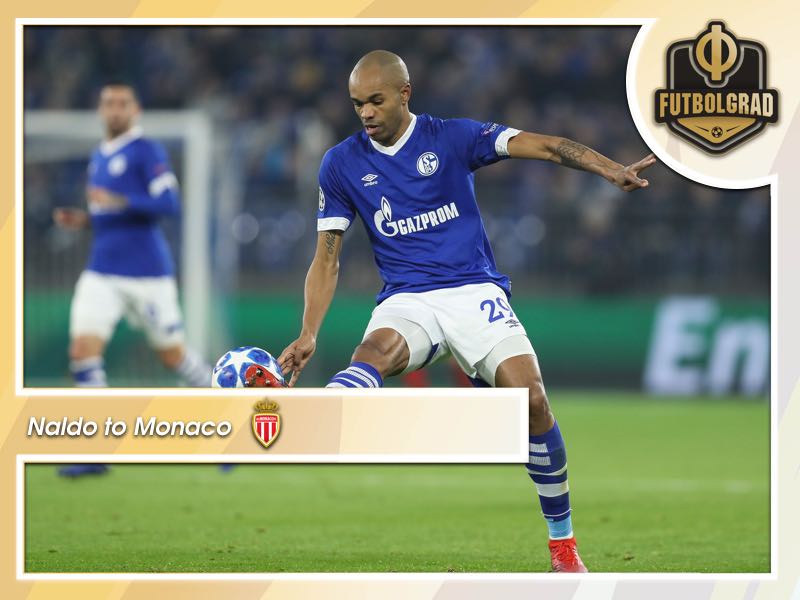 After 358 Bundesliga games and 46 goals, many scored after booming headers and free kicks like howitzers the time has come. The 36-year-old Brazilian defender Naldo is going to leave the Bundesliga.

Joining Werder Bremen in the summer of 2005 Naldo has played in Germany’s top division for 14 years. Given his age, it is, therefore, not surprising that the chapter is now coming to an end.

At least on a first glance. Looking beyond his age and, the fact, that he has started just seven games in the Bundesliga in the Hinrunde Naldo’s transfer from Schalke to Monaco could turn out to be a mistake for die Knappen.

Five defeats in the first five games. Just 18 points from the first 17 games, which means Schalke finished the Hinrunde in 13th spot. Furthermore, 13 points separate Schalke from fourth place and Champions League qualification. Not enough for a side that finished second last term.

Naldo – A victim of Schalke’s struggles

The negative results underline that head coach Domenico Tedesco has struggled to cultivate an identity switch. Last year many of the club’s results were defined by small margins, and perhaps it was only thanks to the poor result’s by the competition that Schalke were washed to the top.

This season the Tedesco wanted to move away from result oriented football. At the same time, Tedesco stuck to his 3-5-2 system that defensively was centred around Naldo and new signing Salif Sané.

The problem, however, was that Schalke seemed decoded. With three in the back, Schalke lost the first four games. Naldo was then sacrificed on matchday 5 against Freiburg, but Schalke lost regardless of Tedesco’s switch from 3-5-2 to 4-4-1-1.

It was not until matchday 6 that Schalke would finally win a game. Beating Mainz 1-0 Tedesco had now made the complete switch to four in the back. Schalke then used four in the back against Lokomotiv Moscow in the Champions League, with Naldo in the starting lineup, and also against Fortuna Düsseldorf – once again Naldo got the start. 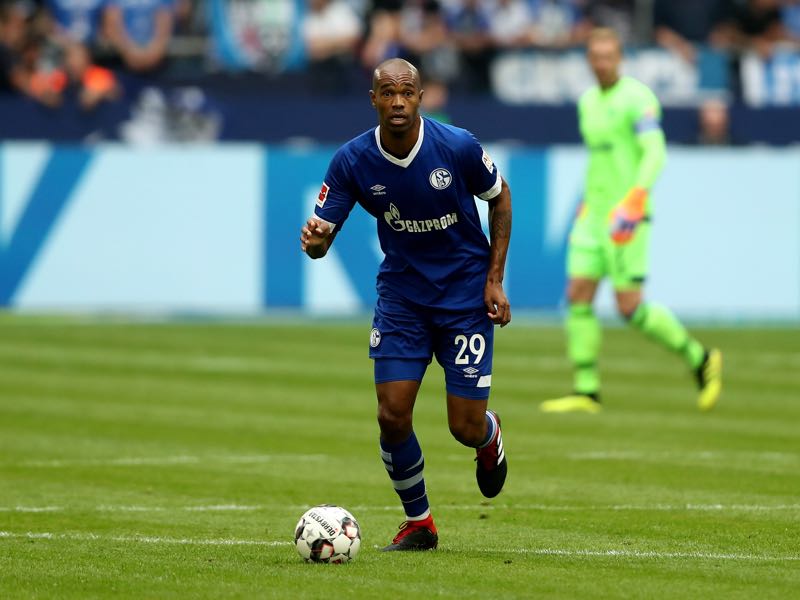 Just this summer Naldo renewed his contract in Gelsenkirchen until 2020. The defender was seen as a key piece in Domenico Tedesco’s squad. The 36-year-old regularly showed his leadership qualities, for example when he scored the late 4-4 equaliser in the Revierderby in the fall of 2017. He was also durable, despite his age, playing every single minute of the 2017/18 season.

Despite all of those qualities, however, Tedesco sacrificed Naldo, who despite feeling at home in North Rhine-Westphalia, opened talks with Monaco when Thierry Henry approached Naldo earlier this week. In the end, the transfer was completed quickly, Naldo joins Monaco for €2 million making him the second most expensive player in the 36+ age category behind Brad Friedel, who cost Aston Villa €2.5 million in 2008.

“I want to thank the club officials that have made this transfer possible. It was not an easy decision, but I feel ambitious and fit enough to accept a new challenge in a new league,” Naldo told the media after the transfer was made official earlier today. “I will always remember the two and a half years at Schalke that had so many great moments. I will keep the club and the fans close to my heart,” Naldo added.

Time for one last chapter?

Monaco, with their very young squad, are currently profoundly rooted in the relegation battle in Ligue 1. Without a doubt, Naldo will add the necessary experience that the club need as newly appointed head coach Henry is trying to stabilise the situation in the Principality.

In fact, it is the sort of experience that could now be lacking at Schalke. Furthermore, when he did play he was among the best defenders in the league. Naldo led the league with his 50% success rate in duels ahead of Eintracht Frankfurt’s David Abraham. His 66% won aerial duels on average per 90 minutes in the Bundesliga means he is ranked fourth together with Jonathan Tah and Mathew Leckie. Only his Schalke teammate Salif Sané (74.4%), Fabian Lustenberger from Hertha (67.35%) and Niklas Süle from Bayern (67.09%) have won more aerial duels on average over 90 minutes.

Hence, it is not just experience that Schalke is losing and Monaco is gaining but also defensive quality. Quality that has been benched by Tedesco for much of the first half of the season and that will now be completely absent in the second half of the 2018/19 season.

Schalke will now have to react on the transfer market by signing an experienced defender – a difficult and expensive proposition in the January transfer window. Naldo’s departure adds another item to sporting director Christian Heidel’s shopping list as the club is also in the market for an attacker. Whether the club has enough money to sign quality in both departments remains to be seen, however.

As for Naldo. His departure will be a loss for the Bundesliga. “Naldo deserves a chapter in the Bundesliga history books,” Germany’s Sueddeutsche Zeitung wrote on Thursday. But one should never close the book completely after all who knows? Perhaps Naldo will be back sooner rather than later…