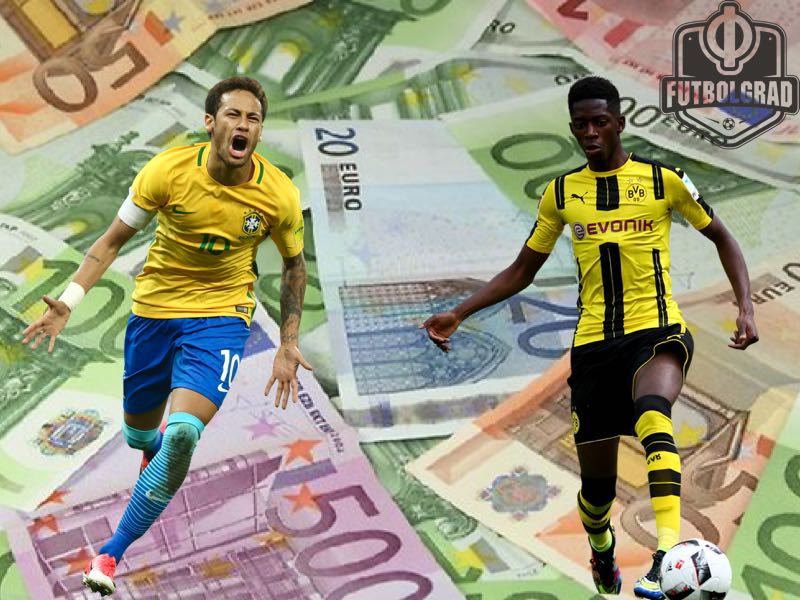 Karl-Heinz Rummenigge wants to introduce a salary cap for European football. The Bayern München CEO iterated that stand in an interview with the German newspaper der Frankfurter Allgemeinen Zeitung.

Rummenigge told the paper: “I have already contacted UEFA President Aleksander Ceferin on this topic, and I believe he will try to start an initiative at the EU Commission [to bring in a salary cap].” According to Rummenigge, it could be possible for the European Union to introduce laws that do not damage the European competition regulations.

Talking to the paper Rummenigge points at North America as an example: “The key will be that players are given a special status like it is the case in the United States. [In the United States] professional leagues have the political backing to work with a salary cap.” 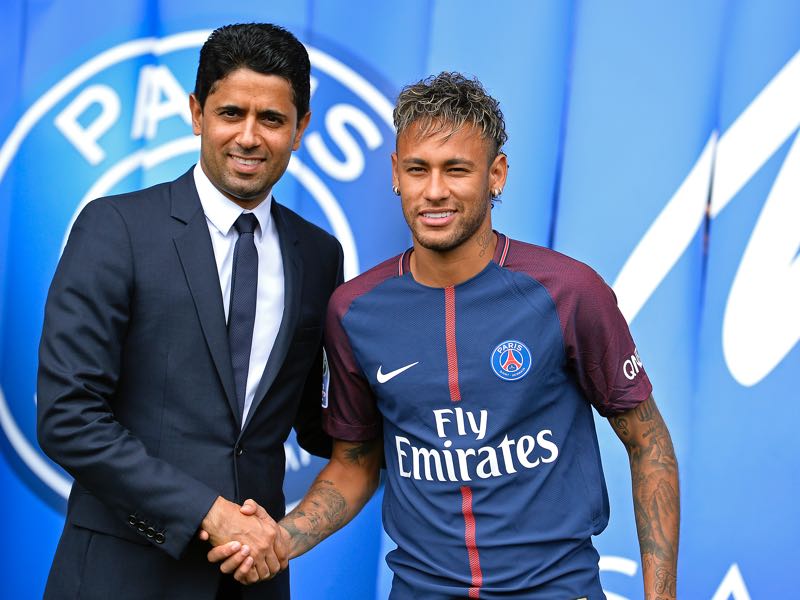 The Neymar case has renewed calls for a salary cap in European football. (Photo by Aurelien Meunier/Getty Images)

The Neymar case, in particular, could help those who are in favour of establishing a salary cap. The Brazilian left Barcelona after Qatar gave Neymar money to trigger his exit clause of €222 million at Barcelona and he is expected to earn around €45 million before taxes at his new club. Neymar, however, is not the only player, who has been targeted by PSG this summer as the Parisians are also expected to sign Kylian Mbappe for €180 million.

Rummenigge, therefore, believes: “I think after the Neymar case the European Union could be willing to [introduce a salary cap].” The Bayern CEO also believes that this would be essential to protect the financial integrity of the Bundesliga. “My experience shows that the transfer sums and salaries will further rise because of such deals—including in Germany.”

Borussia Dortmund are Deeply Impacted by the Neymar Case

Borussia Dortmund are currently the German club that are the most impacted by the Neymar case. Die Schwarz-Gelben have received an offer for €85 million, plus €20 million in bonuses, for their 20-year-old winger Ousmane Dembélé—citing the current market situation Dortmund have turned down the deal in an ad hoc statement directed at the German stock market where the club is listed.

As a result, Dembélé failed to appear at Dortmund’s practice session on Thursday and has since refused to meet with club officials. With the transfer window closing in just three weeks and with the current market situation in mind Dortmund feel that they would at least need €150 million in compensation to replace Dembélé at this point.

Dembélé in the meantime is desperate to join Barcelona has refused to practice with Dortmund, who have since suspended him until Monday. As a result, Dembélé has now refused to meet with BVB club officials. The German magazine kicker commented on Friday on the Dembélé situation speaking of moral decay as a result of the Neymar case. 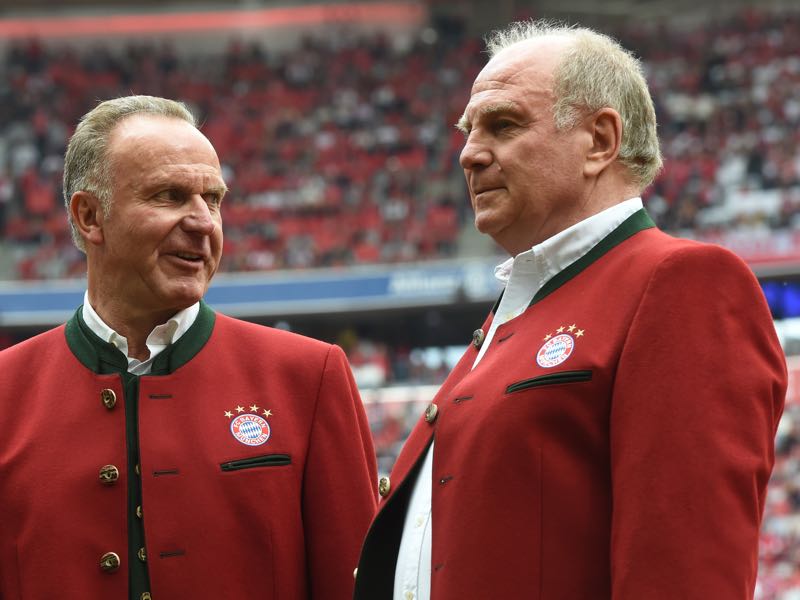 Like Rummenigge kicker have a point. The influence of Qatar at PSG and the circumnavigation of Financial Fair Play have meant that transfer sums and salary have further spiralled out of control. The entire process was of course started by the massive television deal in England and the influence of Chinese money on the transfer market.

There are now, however, signs that the football transfer market could be a bubble. Television numbers in England were down by 14% last season, and with the looming Brexit as well as changing consumer habits there are signs that the next television deal could be less, which would lead to a massive seller’s market. In China, in the meantime, several clubs have come under pressure after failing to pay wages to their players. Finally, the current political situation in the Middle East does not guarantee that clubs like PSG can keep up the spending.

Hence, regulations of the transfer market might be needed to save football from itself. North America is, of course, a good example as Major League Soccer introduced regulations to ensure a steady and slow growth of the game, but also to make the league more competitive. Although MLS is being criticised fairly for the lack of promotion and relegation the teams within the league face each other on an equal footing than it is the case in Europe.

The base salary cap in MLS is $3.845 million. The league, however, has exception clauses, which allows clubs to spend above the salary cap for certain marquee players, which means that most clubs spent significantly more than the stipulated $3.845 million. At the same time, the regulation means that most clubs are within reach of one another regarding spending, which then, in turn, means that the league is more competitive top to bottom.

Such a system might perhaps also help the clubs in Europe to tame exploding costs, and the European Commission has in the past voiced its resentment with the current transfer system. One objection has been the Bosman Ruling and the free movement of youth players as that system disadvantages smaller clubs, who focus on youth development.

One way for smaller clubs to protect their youth product would be an entry-level salary cap system as it is practised in the National Hockey League. In the NHL, which has a hard salary cap of $76 million, rookie salary is limited to $925,000 a season, without bonuses, and players can not become unrestricted free agents until they are 27. The rule means that clubs will be compensated for their young star players for the first nine years of their professional careers—NHL players have to be at least 18 to play in the league.

Ousmane Dembélé has been in the news as he has failed to appear in Dortmund’s practice session following a failed bid by Barcelona. (PATRIK STOLLARZ/AFP/Getty Images)

Similar rules are in place in the other professional leagues in North America. As a result league titles have become hard to predict and dynasties in the form of Bayern in the Bundesliga, Real Madrid in the Champions League or Paris Saint-Germain in France are almost impossible in North American sports.

The Salary Cap Could End a Sense of Disassociation Among Fans

Of course, those kinds of restrictions may not be necessarily applicable to the European game. Furthermore, it would not have protected Barcelona from losing Neymar as they have not brought him through their youth ranks and it would also not protect Dortmund from losing Dembélé as they signed him from Stade Rennes last season.

A form of restriction of salary and freedom of movement of football players might, however, be necessary to protect football from estranging itself from its fans. The reaction of Neymar leaving for €222 million has already been met with disbelieve among many football supporters. Dembélé’s recent antics in the meantime have already let to disbelieve among Dortmund fans, who might no longer welcome the French winger in the yellow and black shirt.

Dortmund fans are not the only one that feel disassociated from the game. Recent studies in Germany have shown that fans want more competitiveness in the league, but also feel that players in many cases no longer represent their communities. In other words, there is a disassociation between with the very people, who are responsible for the growth of the people’s game around the world.

Limiting spending in the form of a salary cap might, therefore, be necessary to bring a competitive equilibrium in football. Forcing players to honour their contracts and therefore stay longer with their teams could also bring back a sense of identification and eliminate the legionnaire aura that now surrounds most professional players.