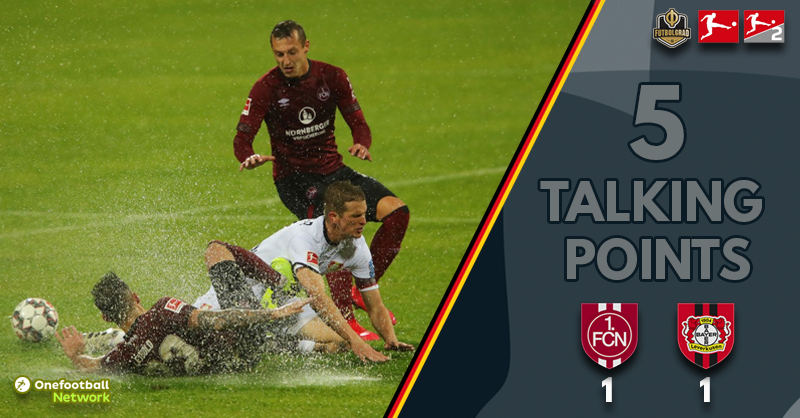 Max-Morlock-Stadion – Nürnberg v Leverkusen saw a match between two teams that couldn’t be separated after a 1-1 draw on a soggy pitch on Monday night. Kai Havertz put the visitors into the lead with Georg Margreitter equalising for the hosts, Lukás Hrádecky denying Adam Zrelák a late winner in the dying minutes.

It had been raining in Nürnberg for much of the day and continued throughout the match. The cold and wet conditions combined with a waterlogged pitch meant passing, and dribbling was almost impossible.

The unfavourable conditions were highlighted by a Leverkusen counter-attack in the second half that usually results in a goal but on this occasion came to nothing. Substitute Leon Bailey broke free and played the ball to an unmarked Karim Bellarabi, the ball getting bogged and the winger losing possession.

It was never going to be a beautiful game, and so it proved, more a war of attrition with Nürnberg clawing their way back into the match and taking a much-needed point.

Nürnberg were guilty of giving away far too much cheap ball in the first half and struggled to string three passes together. Long balls were mopped up by Leverkusen who were allowed to dominate possession and field position.

Virgil Misidjan looked most likely to break through and was by far Nürnberg’s best player and greatest threat. The hosts started the second half well and were rewarded when a cross fell to Georg Margreitter who swept home the equaliser. 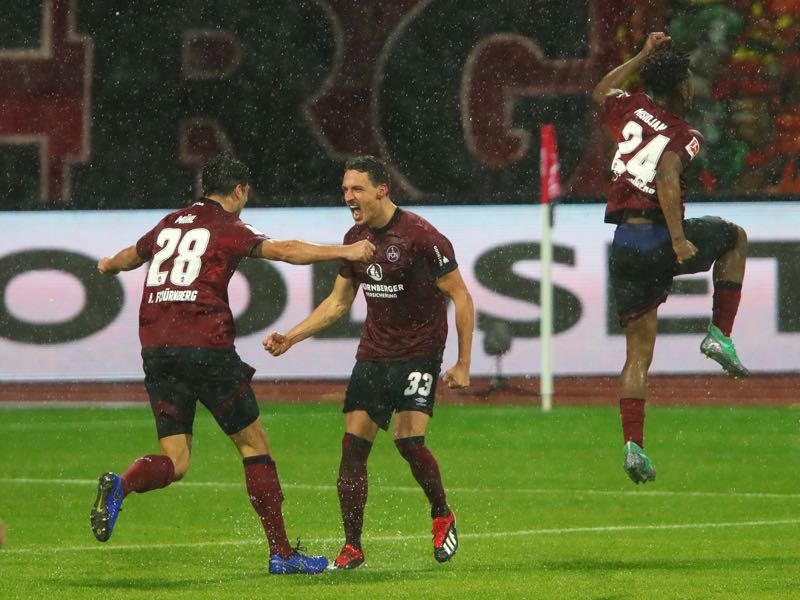 Nürnberg v Leverkusen – Georg Margreitter of Nuernberg (33) celebrates after scoring his team’s first goal with Lukas Muehl (28) and Virgil Misidjan (24) during the Bundesliga match between 1. FC Nuernberg and Bayer 04 Leverkusen at Max-Morlock-Stadion on December 3, 2018 in Nuremberg, Germany. (Photo by Alexander Hassenstein/Bongarts/Getty Images)

Michael Köllner would have been desperate for a positive reaction after a disappointing 5-2 defeat at Schalke last week. He can be pleased with a point that might have been all three had substitute Adam Zrelák found the net from close range in the 87thminute.

There is a long way to go however, and a relegation battle is still the most likely outcome this season. Nürnberg had 30% possession, completed just 47% of their passes and haven’t won since the 3-0 win against Fortuna Düsseldorf on Matchday 6.

With right-backs Enrico Valentini injured, and Robert Bauer suspended, Köllner handed 19-year-old Kevin Goden the first Bundesliga start of his career. It was a nervy opening characterised by some sloppy passing, one of which contributed to Leverkusen’s goal.

Arriving in the summer on a free transfer from Köln’s U19 side, Goden’s night got tougher when Leon Bailey replaced Julian Brandt. The Jamaican ran at Goden a number of times, but the final ball was lacking.

It was a tough initiation for Goden who received some harsh reactions from the crowd following more untidy passing in the second half. He will learn a lot from this match.

Karim Bellarabi started the match on fire with Nürnberg allowing the winger far too much space. Sven Bender hit the bar, but Kai Havertz scored as Leverkusen took a deserved lead into the break. 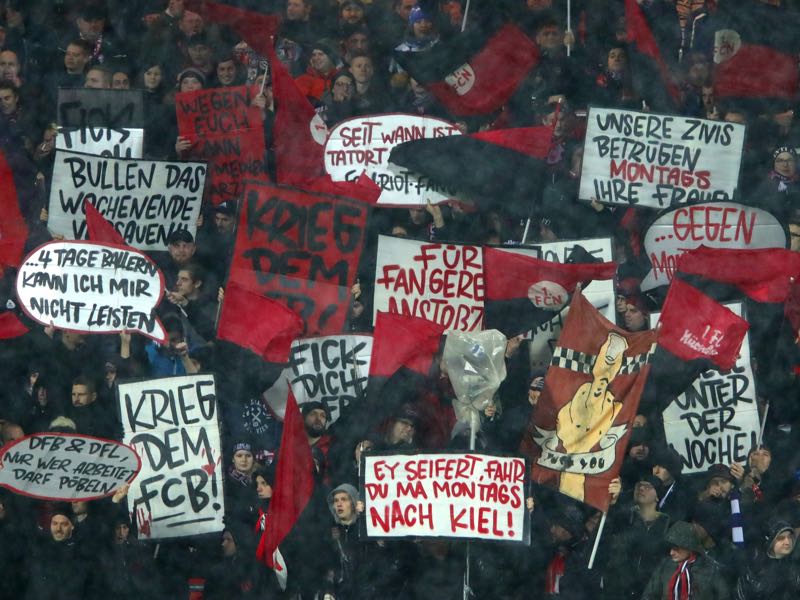 Failing to turn their domination into a win will disappoint Heiko Herrlich. The conditions were a factor as who knows what might have happened on a dry pitch, but it doesn’t hide the fact that this team are about as inconsistent as it gets.

I don’t want to sound like a broken record but this team is capable of playing much better. Let’s see what happens in the five games before the new year.

The DFB recently announced they will discontinue Monday night fixtures from the 2021-22 season onwards. It was long overdue but doesn’t change the fact that Monday night games were and are a bad idea.

This was the first Monday night fixture of the season with the Nürnberg ultras organising a silent protest during the first-half. It killed the atmosphere for 45 minutes but full credit to the supporters in all tiers of German football for continuing to protest against what they perceive as unjust and commercial based decisions.

People power has resulted in the DFB backing down on this matter, but this won’t be the end of protests on a number of issues including the problems surrounding VAR.