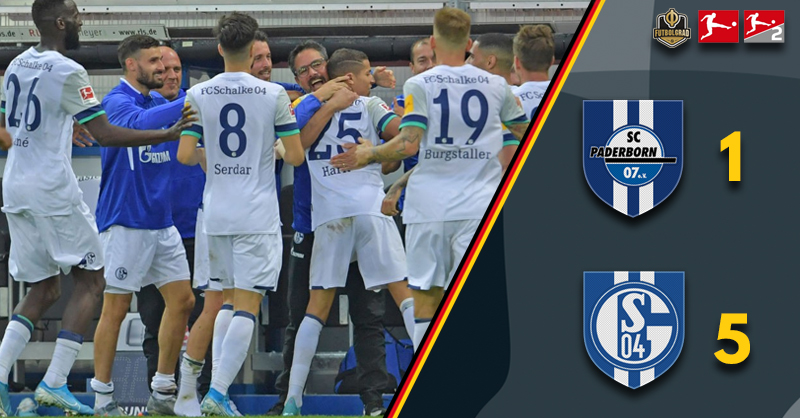 David Wagner’s Schalke climbed to sixth in the Bundesliga table after powering past Paderborn, but the visitors didn’t have it all their own way.

This was only the third meeting between the two teams in the Bundesliga, with Schalke winning the previous two – it had been over four years since their last encounter and much had changed for both sides.

Paderborn had already proved this season that if they are given opportunity, they will take them – and that is exactly what Cauly Oliveira Souza did on seven minutes. Rising highest to meet Sven Michel’s cross, the midfielder put the hosts ahead.

It was the first goal against Schalke for Paderborn, their only other coming via Kaan Ayhan back in 2014 – a starting Königsblauen centre back.

Guido Burgstaller, Amine Harit and Mark Uth all spurned chances as Schalke struggled to turn possession into any sort of tangible opportunities. However, just after the half-hour mark Salif Sané pulled the visitors back on to a level they deserved. Bastian Oczipka’s cross flatfooted the Paderborn defence and the Senegal international looped his header over Jannik Huth.

Paderborn should have retaken the lead as the half entered two minutes of additional time, Michel’s shot from close range just the wrong side of the post for the home side.

David Wagner had spoken earlier in the week how summer arrival, Jonjoe Kenny could be one of the best club signings so far – the Everton loanee was struggling to get a foothold in the fixture – he wasn’t alone. For all of Schalke’s talent on display, they still look a side that is way off their best.

It was perhaps then, if not at your best you require a little luck – which is what duly arrived on 50 minutes. Suat Serdar’s shot from just outside the Paderborn box took a wicked deflection off Uwe Hünemeier – Huth had no chance and could only watch the ball drift past him into the net.

In a game that looked almost past them at one point, die Königsblauen suddenly looked in control – if not still vulnerable to any quick ball into Mamba Streli.

The Paderborn forward then had two penalty claims waved away by referee, Robert Schroder – before Alexander Nübel took the ball off his toe just as he was about to shoot. The 25-year-old was beginning to cause Wagner’s side a number of problems as the hour arrived.

After showing little in the way of forward ambition, Kenny made his mark on 72 minutes – a smart doppelpass with Weston McKennie and the Liverpudlian setup Amine Harit to rifle in the breathing space Schalke were searching for.

Breathing space became a procession on 82 minutes as substitute Ahmed Kutucu kept his cool to round Huth and fire in a Schalke forth before just moments later Harit grabbed his second to make it five. Steffen Baumgart’s side had been given a lesson in finishing by their North Rhine-Westphalia neighbours. 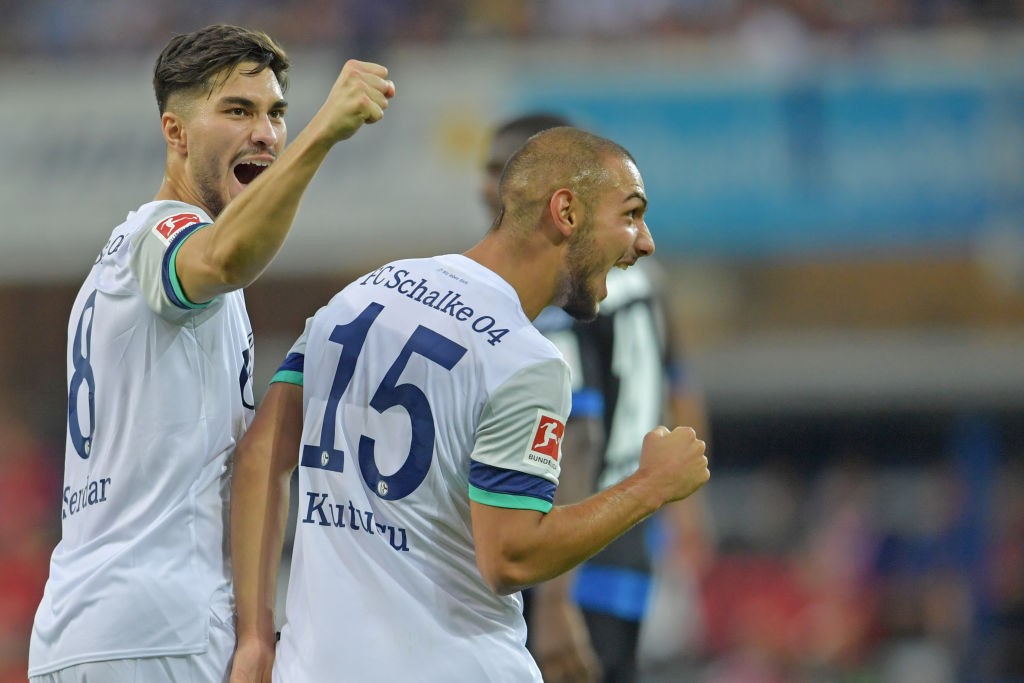 There may have been some good fortune about the 22-year-old’s goal, but his overall play was something to will give Wagner hope of a European charge up the Bundesliga table. The central midfielder was omnipresent in an afternoon that started slowly but ended in a flurry of goals.

A wonderful first half in which the winger looked a constant threat – the right man in the right place, at the right time to gran Paderborn’s only goal of the game.

It was a game won in midfield, both in terms of goalscorers and marshalling – Harit’s strike capped off a good performance for the Morrocan.

David Wagner will have been exceptionally pleased with the second-half performance, in the final 20 minutes his Schalke side looked a cut above their hosts. However, they must be careful not to start so sluggishly when not facing a newly promoted side.