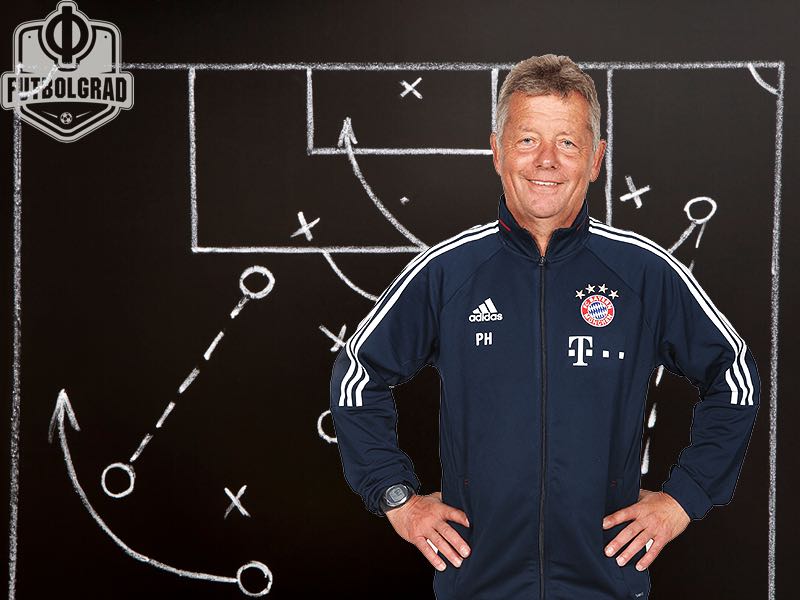 “Don’t look so sad everything is going to be alright”, Fortuna Düsseldorf head coach Friedhelm Funkel told the media following the 3-1 defeat to Dynamo Dresden on Monday night. After all, Fortuna are still second in Bundesliga 2, but it was Fortuna’s fourth game without a victory, and the club has now only won once since Bayern München poached Funkel’s assistant coach Peter Hermann from the club.

Peter Hermann is in many ways considered the best assistant coach in German football. Hermann can, therefore, be described as the critical signing and the main reason for Bayern’s run to the top of the table in recent weeks. Heynckes and Hermann started working together at Bayer Leverkusen between 2009 and 2011.

The assistant coach can be attributed to resurrecting Heynckes’ career. The current Bayern München head coach saw a renaissance at Bayer Leverkusen after failing to make a mark at Schalke (2003-04) and his most significant love Borussia Mönchengladbach (2006-07). At both Schalke and Gladbach Heynckes struggled to bring his ideas across and was quickly used up in the maelstrom of the politics of both clubs.

It was only at Bayer Leverkusen in 2009 that Heynckes, who had a successful coaching career in Spain and Portugal, finally was able to make a mark in German football. One of the big reasons for that was Hermann, who returned to the club after previous head coach Bruno Labbadia decided that he wanted to bring his team. 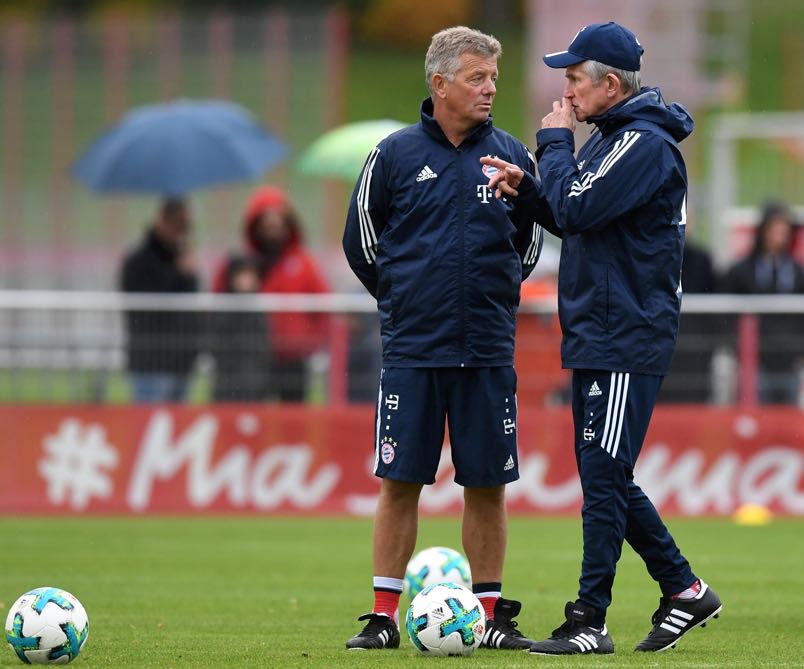 Jupp Heynckes (r.) was adamant that he would only return if Bayern sign Peter Hermann (l.). (CHRISTOF STACHE/AFP/Getty Images)

With Hermann on his side, Heynckes guided Bayer to a fourth and second spot. During the 2009-10 season, Bayer were unbeaten in their first 24 games and Heynckes, and Hermann formed exciting young players such as Toni Kroos and Arturo Vidal into future world stars. The following season Bayer finished second, and when Bayern deteriorated during Louis van Gaal second season at the club Bayern President Uli Hoeneß decided to bring back Jupp Heynckes.

Joining Heynckes at Bayern was Hermann. With Hermann at his side Heynckes forged a side that struggled during his first season, but even then, finished second in the league and came within just a few moments of winning the Champions League in the final against Chelsea. In his second year at the club, Henyckes won his famous treble with the club and established himself in the cathedral of renowned German coaches in the process.

Heynckes, therefore, made Peter Hermann his number one prerequisite for him returning to the Rekordmeister to replace the fired Carlo Ancelotti. With Hoeneß adamant that Heynckes would be the man to steady the ship Bayern made Peter Hermann the most expensive assistant coach in Bundesliga history by paying a reported €2 million.

How vital Hermann’s work is well highlighted this season. Fortuna Düsseldorf started well into the season. The club recorded eight wins, one draw, and one defeat in the first ten games. Since Hermann left the club, however, Fortuna have struggled at times and won only two out of their last seven games. Bayern in the meantime have won eight out of their first nine games since Heynckes and Hermann have taken over.

Peter Hermann the Most Expensive Assistant Coach in Bundesliga History

Of course, it could be argued that Hermann also worked at Fortuna Düsseldorf last season and that the club had a similar record to this season overall. At the same time, Funkel and Hermann laid the foundation for their success this season last season and at times played entertaining football despite finishing in mid-table.

But what exactly makes Hermann such an excellent assistant coach? Toni Kroos once said about the 65-year-old Hermann: “He is the best assistant coach I ever had.” Die Welt recently called Hermann “the most successful man in professional football.”

Regarding tactics and physical preparations, Hermann is considered one of the best coaches in German football. The absolute requisites to work in the front row himself. But Hermann is no-one who wants to work with sponsors, media and appear daily at press conferences. Hermann also is no manager, who strings together the ever-growing staffs of Bundesliga sides that include psychologists, video analysts and doctors.

Instead, Hermann likes to work in the shadow of a big personality like Jupp Heynckes. But as Raphael Honigstein pointed out on the recent Gegenpressing Podcast Heynckes would never have been able to step straight back into the Bayern job after a four-year abstinence without the help of Peter Hermann.

Meanwhile in Düsseldorf Hermann’s abstinence is felt even if Friedhelm Funkel tells the press that in the end, everything will be alright. But without his crucial strategist, Funkel’s Düsseldorf have struggled this season learning the hard way that a full bank account does not necessarily buy success.