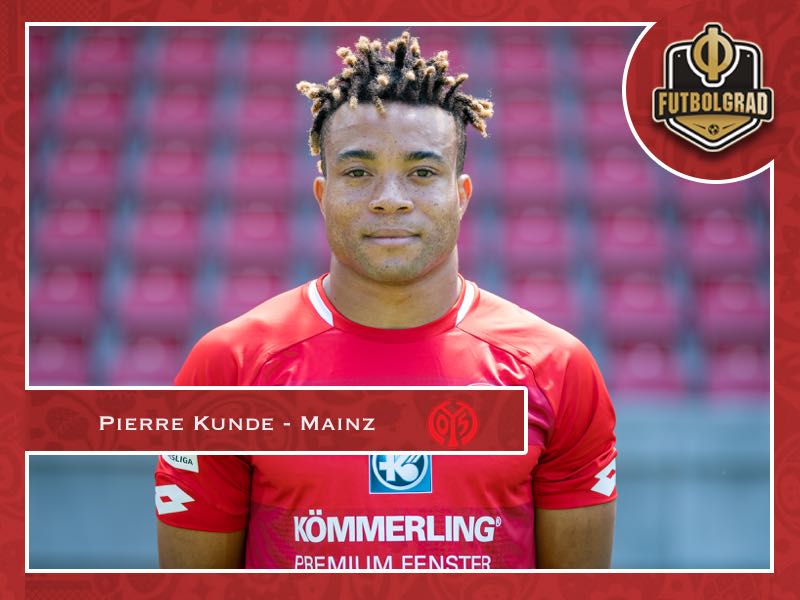 While Mateta has been featured in a recent post on the Futbolgrad Network former Atlético Madrid midfielder Pierre Kunde is the subject on this scouting report as he could be the missing piece in Mainz’s creative centre.

The club that produced Jürgen Klopp and Thomas Tuchel was once known as an innovator in German football. Klopp invented his heavy metal football here and Thomas Tuchel would later coin the term matchplan while in charge of the club.

Both coaches have moved on, and while Kasper Hjulmand and Martin Schmidt were innovators in their rights, the club somewhat lost their philosophy under the two coaches. Defensive football rather than refreshing attacking football was the standard at what is today the Opel Arena – Mainz’s high-tech football stadium.

Returning the spark to Mainz

Sandro Schwarz was brought in last season to bring back the spark to Mainz. But as it is often the case, it takes more than one season to make the necessary changes to a football club.

One of those players that were brought in was Cameroonian midfielder, Pierre Kunde. Signed from Atlético Madrid for €7.5 million the 23-year-old midfielder spent last season on loan in LaLiga2 with FC Granada where he played 37 games and scored five goals.

Born in Limbé, Cameroon the 180cm tall midfielder debuted for his country in May against Burkina Faso. “Pierre Kunde was our desired solution for the vacant position in central midfield. He is exactly what we expect from a Mainz player playing on the number six or eight positions: he is dynamic, robust and is a dangerous box-to-box midfielder”, sporting director Rouven Schröder explained to the press following the transfer at the beginning of July.

“Pierre represents our playing philosophy completely, he defends forward and can press high and plays emotional football. We have had an eye on him for some time and are convinced that he will strengthen our midfield”, Schröder concluded.

Pierre Kunde, in the meantime, is convinced that Mainz is the perfect next step in his development. “The setup in Mainz is perfect to make the next step in my career”, Kunde told the media following his transfer.

Emotional, aggressive and tactically complete those are the sort of attributes that Mainz fans can look forward too when it comes to Pierre Kunde. Developed in Atlético Madrid’s academy Kunde was promoted to Atlético’s reserve side in 2014/15 where he played 35 games in the Segunda División B (third division) scoring two goals in 35 games. Then in 2016/17, he was sent out on loan to Extremadura UD, and he managed an impressive 11 goals in 33 Segunda División B matches.

Impressive numbers for the then 21-year-old. But Atlético are one of the biggest clubs in European football, and as a result, head coach Diego Simeone did not find the room to integrate the Cameroonian. Hence, another loan move beckoned this time to the second division side, Granada.

Here Pierre Kunde quickly established himself as a leader and while Granada struggled throughout the season the 22-year-old impressed. Just about 180cm tall what stood out was his dominance in the air in midfield. Furthermore, the 23-year-old’s speed is blistering at times, and he uses it at great effect to start attacking plays when winning the ball deep in midfield.

In an era where the central box-to-box midfielder has gained more central importance, Pierre Kunde, in many ways, is a more physical version of Naby Keïta and N’Golo Kanté. In fact, the Cameroonian combines the physical elegance of a midfield enforce with that of a deep-sitting playmaker.

It is a rare trade that makes the Cameroonian midfielder a similar player to Stuttgart’s Argentina Santiago Ascacibar. Both a destroyer and a creator at once it is, therefore, no surprise that Mainz opted not to renew the contract with Nigel de Jong, who was brought in last winter.

Instead, Pierre Kunde is a massive upgrade for the Karnevalsverein an enforce not just with a bite but with the ability to create. Hence, a midfielder that can be the missing piece of returning a culture of attractive pressing football to the capital of Rhineland-Palatinate.