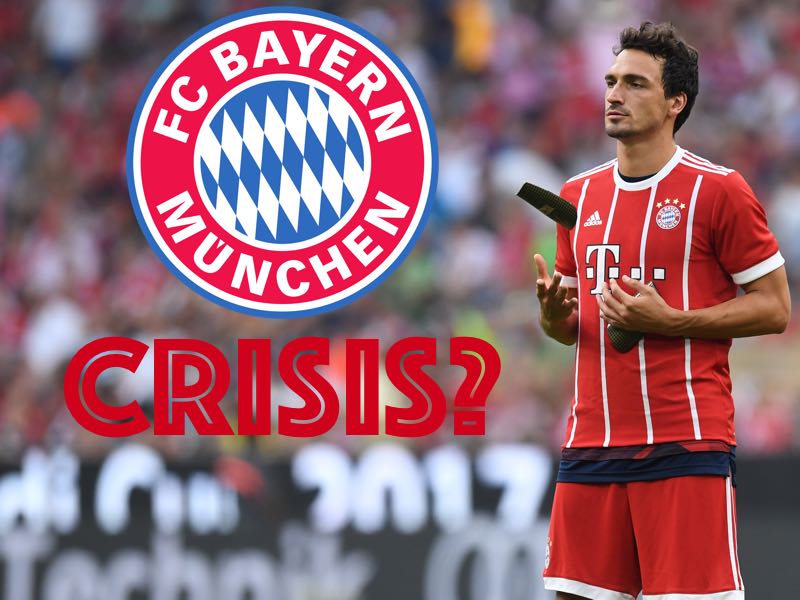 Pre-Season Problems – A Glitch or the Beginning of a Crisis for Bayern?

At the end, Bayern München left the Audi Cup under whistles and boos. After losing the semi-final, 3-0 to Liverpool Bayern missed out on reaching the final of the pre-season for the first time in history. The Rekordmeister then followed up a poor result against Liverpool with a 2-0 defeat to Napoli.

Bayern München have now lost four out of their five pre-season friendlies against high profile teams. The poor results at the International Champions Cup could somewhat be explained with Bayern’s travel schedule and head coach Carlo Ancelotti’s hard training regime.

It is, of course, difficult to judge a club’s form in the pre-season. But it was the matter in which Bayern conducted themselves as well as the injuries to new signing James Rodriguez and Thiago that should worry Bayern supporters.

Bayern are just one week away from kicking the season off against Borussia Dortmund—another side that has experienced some pre-season woes. While embarrassing defeats have always been part of Bayern’s pre-season preparations—for example, the club’s 2-1 defeat to the MLS All-Stars in Portland in 2014—this year it feels a bit different, however.

Bayern did not Create a Single Scoring Chance Against Liverpool

The game against Liverpool is one example. Bayern failed to create a single significant scoring chance. The only player who offered a creative spark at times was Frank Ribéry, but his runs down the left-wing were predictable and easily picked apart by the English club’s defence.

Up front, Thomas Müller and Robert Lewandowski showed little of the chemistry that made them one of the most dangerous one-two combination in world football two seasons ago. Müller indeed tried to fall deep and create Lewandowski, on the other hand, seemed absent from the match, and his performance will certainly not help speculations that he is unhappy in Munich.

New signing James in the meantime was brought in to offer a new creative spark for the Bavarians this season. Putting pressure on the ageing Ribéry and Arjen Robben James was supposed to become a key piece for Bayern’s transition towards a more youthful side.

This transition now will have to wait as the Colombian is expected to miss four weeks with a hamstring injury. This means he will be out for the DFL Supercup against Borussia Dortmund on August 5, the DFB Pokal first round match against Chemnitzer FC on August 12, as well as matchday 1 of the Bundesliga against Bayer Leverkusen on August 18.

James has not been the only pre-season casualty, however. Thiago, who was central to Ancelotti’s tactics last season, will miss the Supercup with a light strain. Whether he will be fit in time for the season remains to be seen. Of course, if any club in the world can compensate the injuries to key players it would be Bayern, and even without Thiago and James in the squad, Bayern have the strongest line-up in the Bundesliga.

The pre-season injury crisis, however, does not stop at Thiago and James. David Alaba also took a knock at the Audi Cup. Jérôme Boateng has struggled with several injuries in the pre-season, Manuel Neuer has just recovered from a broken foot, and Arjen Robben will return from an injury on Saturday. Juan Bernat in the meantime will be out until October.

Finally, the 2017 FIFA Confederations Cup has made things difficult for Bayern as well. Joshua Kimmich, who is supposed to replace the retired Philipp Lahm in the right-back position, Niklas Süle and Sebastian Rudy were all part of the Germany squad that won the Confederations Cup in Russia. All three have just returned to the squad and the new signings Süle and Rudy, in particular, will now have to be integrated into the team.

All of this suggests that Bayern could be slow out of the starting block this season—especially, as Ancelotti has intensified practice sessions to be ready in April and May rather than at the start of the season. 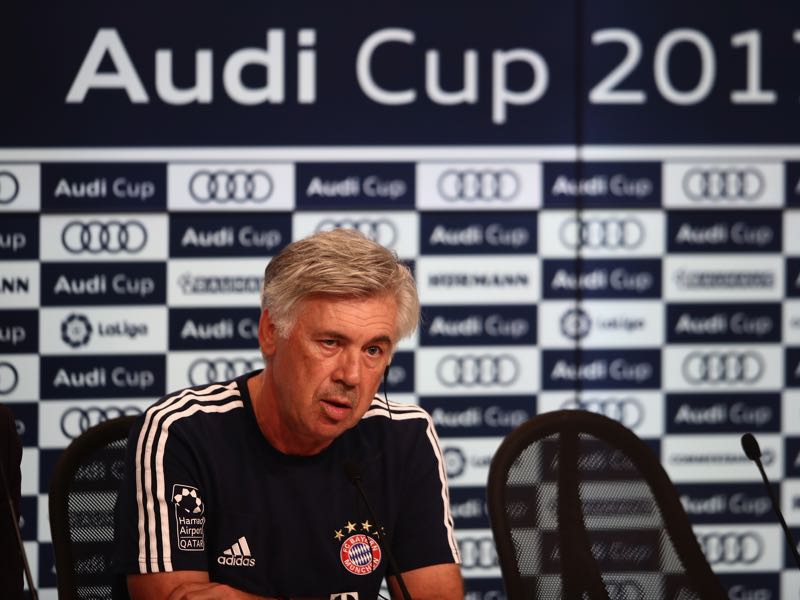 Carlo Ancelotti had some tough questions to answer following Bayern’s performance at the Audi Cup. (Photo by Alex Grimm/Bongarts/Getty Images for Audi)

Bayern’s poor form means that other sides in the Bundesliga could take advantage. The number one candidate would be Borussia Dortmund. But Dortmund have also struggled in pre-season, and new coach Peter Bosz will have his work cut out to get the squad ready for the DFB Pokal and Bundesliga.

Hence, the two sides that could take advantage of a slow start are last years surprise RB Leipzig and last season’s disappointment Bayer Leverkusen. While Leipzig have added to their squad this season Bayer have been busy streamlining their team and despite losing Ömer Toprak and Chicharito still look robust enough to hurt Bayern on matchday 1.

A victory against Bayern on matchday 1 could kickstart things for new Bayer head coach Heiko Herrlich, and with no European distractions, Leverkusen could certainly surprise. All of this, of course, depends on whether Bayern’s pre-season nightmare was just a glitch that will be rectified once the season kicks off or the start of a new trend that could see the competition usurp the Bundesliga champion.

Manuel Veth is a freelance journalist and social media junior editor at Bundesliga.com. He is also a holder of a Doctorate of Philosophy in History from King’s College London, and his thesis is titled: “Selling the People’s Game: Football’s transition from Communism to Capitalism in the Soviet Union and its Successor States,” which will be available in print soon. Originally from Munich, Manuel has lived in Amsterdam, Kyiv, Moscow, Tbilisi, London, and currently is located in Victoria BC, Canada.  Follow Manuel on Twitter @ManuelVeth or contact him by email manuveth@futbolgrad.com.