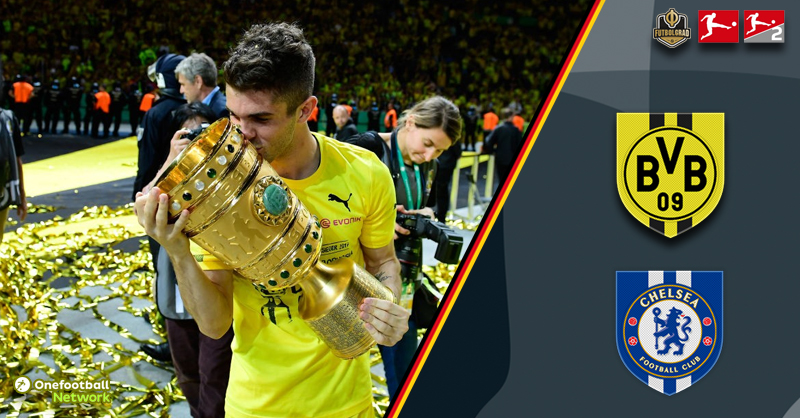 Pulisic to Chelsea – Dortmund show their business acumen yet again

Christian Pulisic is Chelsea bound in a transfer that once again shows Borussia Dortmund have exceptional business acumen when it come to how, when and why a player moves on.

It was a finely balanced match, at 1-1 the 2017 DFB-Pokal final looked like it could go either way. Dortmund and Frankfurt were locked in an exceptionally close fixture.

After taking an early lead through a piece of brilliance by Ousmane Dembélé, Dortmund were pegged back midway through the first half – just before half-time Frankfurt went within an inch of taking the lead, the upright sparing the Schwarzgelben an unwanted turnaround.

Thomas Tuchel showed his hand, throwing on two substitutes as the second half started – one of which was an attacking change. Off came Marco Reus after picking up an injury, his position taken up by American teenager, Christian Pulisic. 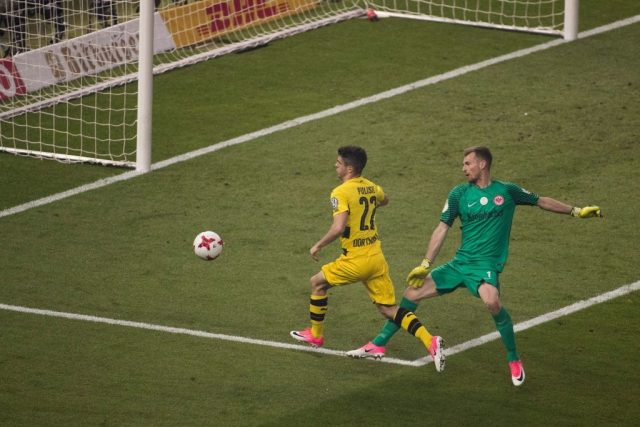 Christian Pulisic is brought down by Frankfurt’s Finnish goalkeeper Lukas Hradecky during the DFB Pokal final in Berlin on May 27, 2017. (Photo: AFP PHOTO / Odd ANDERSEN)

Then 18, the Pennsylvanian born winger already had a large number of first team minutes under his belt, could he provide the spark to help Dortmund capture their first Pokal in three previously failed attempts?

Twenty minutes later he showed why the Dortmund coach had trusted him, latching onto Raphaël Guerreiro’s lobbed ball into the box, Pulisic created panic. Frankfurt’s goalkeeper, Lucas Hradecky, rushed out and scythed down the American.

Match referee Deniz Aytekin pointed to the spot without hesitation. Pierre Emerick Aubameyang coolly placed the ball into the net in what would be the game-winning goal.

It was a wonderful end to a very testing season for Die Borussen, just one month earlier the team had been the focal point of a terrorist attack. Their coach bombed on the way to a Champions League fixture versus AS Monaco.

Dortmund had the look of a side who could once again challenge for the Bundesliga title. Tuchel was a dynamic coach and in the attacking trio of Pulisic, Aubameyang and Dembélé he had a formula to deliver success.

Pulisic – All change and quickly

It was not to be though, just days later Tuchel left the club – his disagreements with the management hierarchy of  Hans-Joachim Watzke and Michael Zorc had left a split that was unable to be sewn back together.

Only a few weeks later Dembélé had also gone, forcing through a €115 million move to Barcelona after refusing to train, flying to the Catalan city in the hope of a deal. It was also clear that Aubameyang wanted out, six months later he got his wish in a €63 million move to Arsenal.

Pulisic was left as the only hope in a Dortmund side that saw two coaching changes as Peter Bosz’s tenure quickly fell apart, the Dutchman replaced by Peter Stöger who fared no better.

Twelve months after their Pokal triumph in the Olympiastadion Berlin, the North Rhine-Westphalia club were in an absolute mess – the emergence of Jadon Sancho a flickering light in a mostly dark tunnel.

Dortmund acted quickly, in came Lucien Favre – their initial choice to replace Tuchel. Then head coach of OGC Nice, Favre was contractually unable to leave. When Watzke and Zorc came calling 12 months later they did everything to get their man. 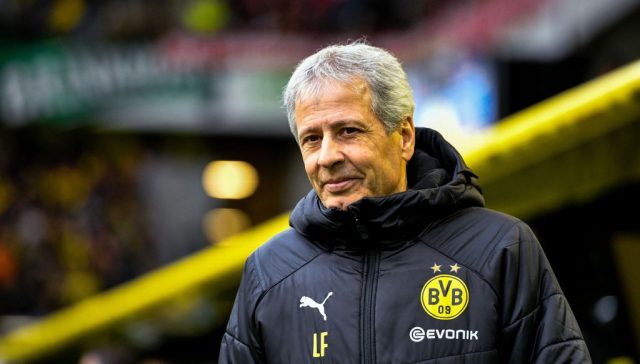 The Swiss tactician soon put the Yellow and Blacks back on the level they craved. Powered by a fit Marco Reus, the enigmatic talent that has become Jadon Sanco and Aubameyang’s eventual replacement – Paco Alcácer.

Now 20, the USMNT prodigy Pulisic was seen very little. A victim of circumstance, his drop in form coincided with Dortmund’s terrible 2017/18 campaign.

As those around him thrived, he plateaued – he had been outmuscled by Sancho into the starting XI and the return of Jacob Bruun Larsen further dented his game time.

When the minutes eventually came he was unable to match the swagger and influence these rivals to his position had, talk of a move soon surfaced – Pulisic stuttered on a contract renewal at the Westfalenstadion, it became almost a certainty that he would leave, but when?

Dortmund went into the Bundesliga Winterpause on top, they look clear favourites to break Bayern’s dominance of the Meisterschaler come May 2019. Surely the American wouldn’t leave in January during a genuine title fight?

Both Watzke and Zorc said there would be no departure for Pulisic in the January window, they know even the slightest of absence for the current chosen three would leave a hole in any title push.

However, after a poor display against Fortuna Düsseldorf in mid-December even that began to be questioned. It was evident Pulisic needed a new focus, he looked a player running on empty.

After being heavily linked with both Chelsea and Liverpool, it came as no surprise on 2 January 2019 to read the official announcement – Pulisic was to leave Dortmund for Chelsea, but the deal entailed an immediate loan back to Dortmund, the American wouldn’t leave for London until July 2019.

Pulisic had got the move he wanted, there was no doubt that the American would leave sooner or later, he saw his future elsewhere. The emergence of Sancho pushed open the exit door some 12 months earlier.

Chelsea, for their part, have secured a real talent and crucially Dortmund had retained his services should they need it during the next six months.

But how has this move showed Dortmund’s business sense once again? By obtaining over €170 million for Aubameyang and  Dembélé they have been able to rebuild to a stronger overall unit.

Factor in another €20 million for out of favour defender Sokratis Papastathopoulos and this total has enabled them to purchase the talents of Abdou Diallo, Thomas Delaney, Axel Witsel and Paco Alcácer.

Dortmund are now arguably a better side under Favre and his replacements than they ever were under Tuchel and his scintillating front three.

The insistence that Pulisic should stay could also be a masterstroke. With his future decided it wouldn’t be a surprise to see the American play with his mental shackles removed, dazzling on the pitch like he did some 18 months ago.

While long-term a €25 to €30m move for Thorgan Hazard of Borussia Mönchengladbach would see a like-for-like player come in at under half the price.

Hazard has been in phenomenal form for the other Borussia of late and is operating on a level where he is producing now, no development is needed and the return would be instant.

It would be yet another move that makes total sense should it transpire.