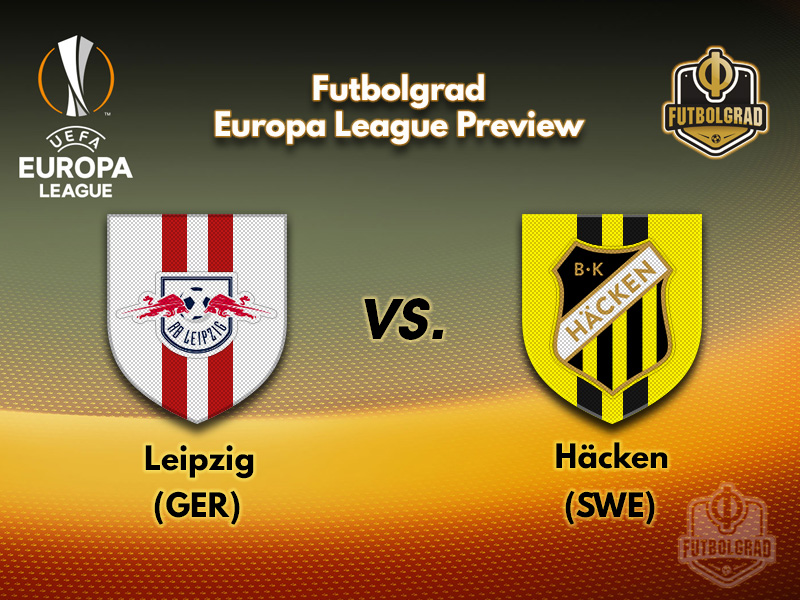 RB Leipzig vs BK Häcken will take place at the Red Bull Arena in Leipzig. (Photo by Boris Streubel/Bongarts/Getty Images)

After finishing second after the 2016/17 season, RB Leipzig dropped to the fifth spot in the 2017/18 season. As a result, Leipzig are now forced to interrupt their season preparation to play in the second round of UEFA Europa League qualification.

What should, in fact, have seen as a major success – no other club in German history managed to finish on a European spot in each of their first two seasons in the top flight – ended up being seen as a major disappointment in Leipzig. Fueled by Red Bull money RB Leipzig was always considered a special an ambitious project in German football.

Hence, while most clubs would have seen two consecutive European qualifications as a success – Leipzig are different, however, and as a result, the club and head coach Ralph Hasenhüttl went separate ways. After a long search for a new head coach, Leipzig introduced Julian Nagelsmann as the new head coach starting in the 2019/20 season. Until then sporting director Ralf Rangnick will coach the club.

Rangnick’s first job will be to ensure that Leipzig once again play in the group stage of a UEFA competition. It will be a tough road to get there. Leipzig will have to navigate three rounds of qualification.

First up will be the Swedish club BK Häcken. Häcken, based in Gothenburg, are playing their fifth European campaign but the Swedish club never managed to get beyond the second stage of UEFA Cup/Europa League qualifying.

Eliminating the Latvian club Liepaja Häcken perhaps have the advantage that they are in the middle of the Allsvenskan season – Sweden’s league season takes place from March to November – and, therefore, have an advantage over Leipzig in that they are in full match shape.

Leipzig, in the meantime, have to walk the fine line between getting ready for the upcoming Bundesliga season while at the same time also need to qualify for the Europa League group stage. For Häcken there will be no better time to play Leipzig, and if they had a chance to upset the apple-cart, it would be now.

RB Leipzig vs BK Häcken – Players to look out for:

Signed for €15 million from Sion Matheus Cunha is a relatively unknown quantity in Germany. The 19-year-old Brazilian striker scored ten goals and eight assists in 29 Swiss Super League games last season. More of a winger than an all-out striker Matheus Cunha will play an important role in this match while many of Leipzig’s World Cup stars are still out on holiday.

The 32-year-old Brazilian forward Paulinho has scored nine goals in 12 games in this year’s Allsvenskan season. Leading the goalscoring chart in Sweden the left-winger joined the club three years ago. A duel Swedish-Brazilian citizen Paulinho is not an all-out striker but a winger, who likes to cut in from the left to use his stronger right foot to finish off attacking runs.