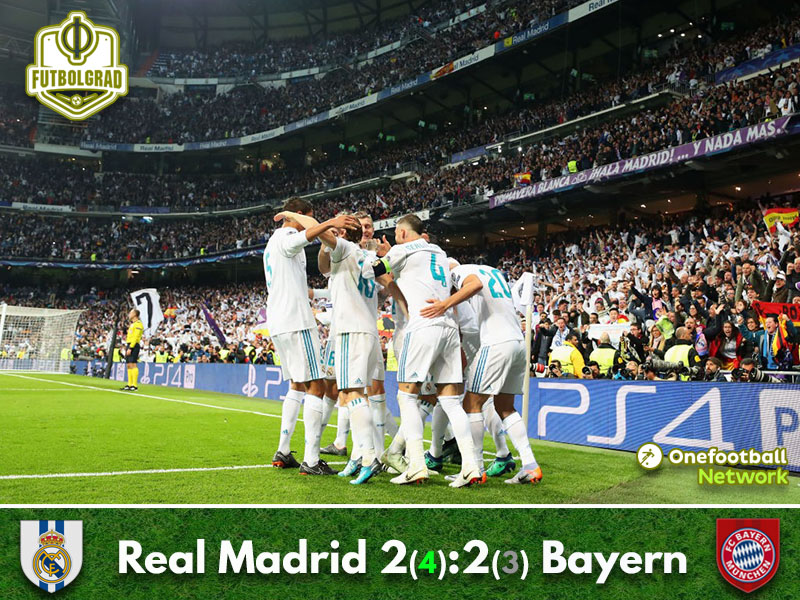 Real Madrid v Bayern was a semi-final in which small margins made the difference. In the end, Los Blancos bested an inefficient Bayern side.

Bayern stormed right out of the gate and within three minutes were on the scoresheet. A long cross from the right flank ended up with Corentin Tolisso who cannot control the ball but the ball ends up with Joshua Kimmich, and the right-back makes no mistake scoring from six-yards out. Real Madrid were only shocked for a moment and quickly fought themselves back into the match taking control of the game. Then in the 11th minute Real had the equaliser with Karim Benzema scoring with a header from just six-yards out after Bayern’s David Alaba had lost sight of the striker.

That goal, in turn, did little to shock Bayern. The Rekordmeister quickly took control of the match and were looking to score that second goal. Madrid were sitting deep trying to hit Bayern on the counter, and one of those attacks almost was successful in the 26th when Marcelo broke through on the right, and Bayern’s collective defence had to do well to clear the ball as Marcelo dance along the byline.

In the 30th minute, Bayern appeared to have finally scored. Mats Hummels stormed forward and played a pinpoint ball to Robert Lewandowski; Madrid keeper stopped his shot Keylor Navas and the rebound landed at James Rodríguez whose shot from three-yards went over the crossbar. The first half was a repeat of the first leg. Bayern were dominant and had the majority of the chances but were unable to capitalise.

It was, therefore, typical for Bayern that despite their dominance they would concede another goal after an individual mistake. Tolisso played a ball back to Ulreich, who let the ball slip underneath his leg allowing Benzema to score his second of the night in the 46th minute. Real were now looking to kill the game off and Cristiano Ronaldo had a double chance in the 54th and 55th minute but both times missed the target from just a few yards out.

Bayern then responded by pressing in the hope to get that second goal that would get them back into this tie. That goal finally arrived in the 63rd minute. Niklas Süle stormed up front and crossed the ball from the right, and his cross found James. The Colombian’s first shot was blocked, but James jumped on the rebound and scored with a low drive through Navas’ legs.

Bayern then could have made it three in the 75th minute, with Tolisso’s having a shot from eight yards out stopped by Navas. Bayern pressed, Bayern tried everything and with extra-time approaching time was running out for the Bavarians to set the lucky punch. Although Bayern were pushing, it was not meant to be – Real Madrid were too clever in the end and advanced to the final in Kyiv.

Karim Benzema was the difference maker in the second leg. Bayern might have had the majority of the play, but Real were more efficient this time in the form of Benzema. 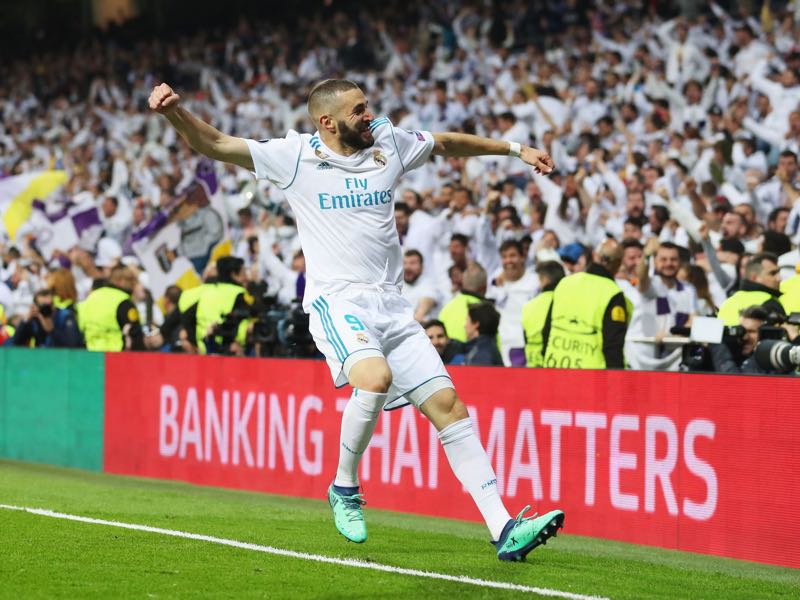 Margins decided the game between Bayern and Real Madrid. Bayern dominated both legs, but Real Madrid were the more efficient side. Furthermore, Bayern should have perhaps been given two penalties that on that evening could have made the difference.