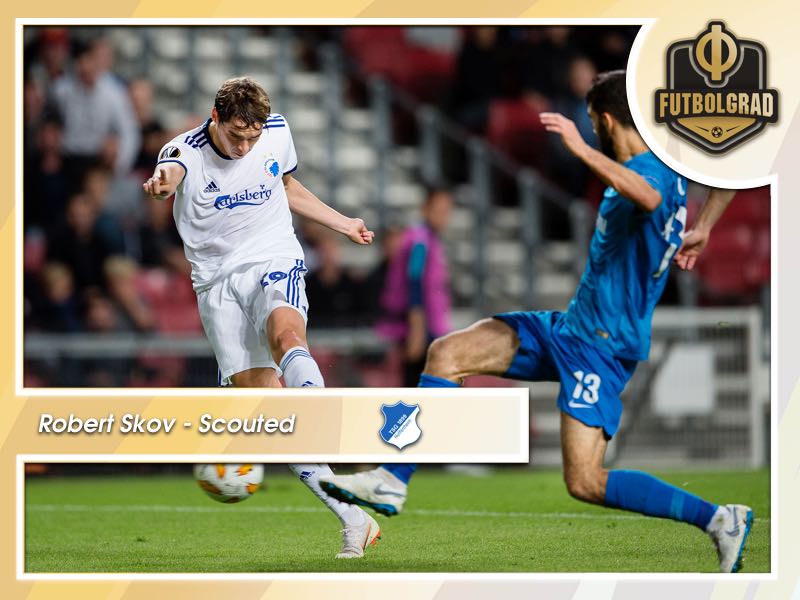 Hoffenheim have re-invested some of the windfall earned from this summer’s transfer market. On Monday (July 29) the club announced that they had signed 23-year-old Danish striker Robert Skov from FC København.

The forward joins Hoffenheim in a deal worth €9 million plus bonus payments. A small sum of money given that Hoffenheim have earned €102 million in this summer’s transfer window and that it is expected that Nadiem Amiri will leave the club to join Bayer Leverkusen.

Although Robert Skov is a forward, he is not a striker in the true sense. In fact, the Danish national team player likes to predominantly operate on the right flank from where he tends to cut into the centre to seek a direct path to the goal.

As a result, there have been some comparisons to Dutch forward Arjen Robben. Comparisons that have been shut down by Danish television commentator Morten Bruun in a short interview with the German magazine kicker.

“He isn’t as strong [as Robben] in the dribble and a different type of player,” Bruun said. “Robben is 80% a forward, Robert Skov is more of a midfielder, who also likes to track back more,” he added.

Despite his more defensive tendencies, Robert Skov is a dangerous player. Playing on the right flank in Copenhagen’s 4-4-2 formation the winger managed to score 24 goals and six assists in just 30 goals and ten assists in 34 Danish Superliga games last season.

The winger did, however, struggle in the Europa League at times and managed just two goals in 13 games (including qualification). “Robert Skov had an easier time in the domestic competition than in Europe,” Bruun said. “He is certainly an investment for the future.” 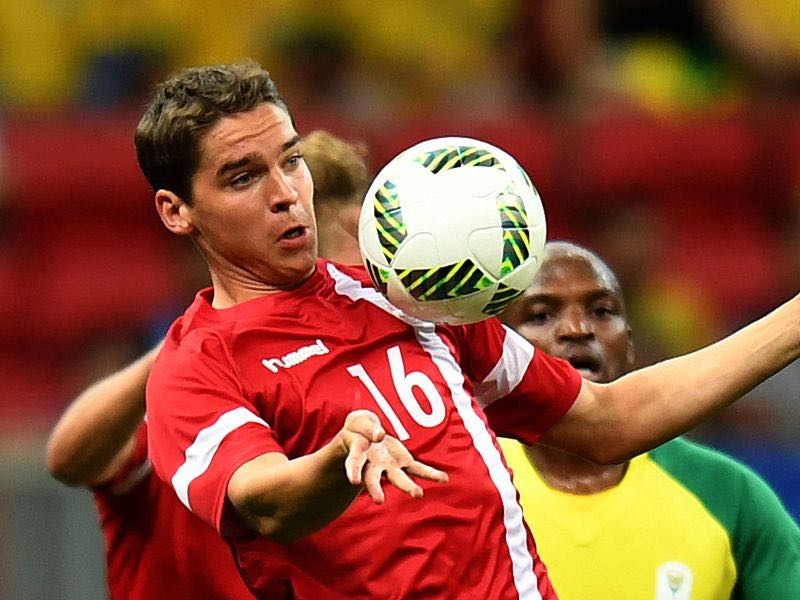 In other words, he is a typical Hoffenheim transfer target. A player who despite his substantial numbers in his domestic competition was relatively affordable and with exploding transfer sums on the market has the potential to multiply his transfer value significantly in Germany.

But what are Skov’s qualities and can he be an impact player for Hoffenheim right away? “Robert’s shot is incredible, his free kicks unbelievable,” Bruun explained.

Furthermore, as an unconventional attacking winger Robert Skov gives Hoffenheim more tactical flexibility. New head coach Alfred Schreuder could operate Skov in a 3-4-3 formation playing him on the right side of a conventional striker, or he could field Hoffenheim in a 4-2-2-2 formation with two inverted attacking midfielders similar to what we have seen in the past from Ralph Hasenhüttl at RB Leipzig.

Playing in a withdrawn attacking role in both formations, Robert Skov would give Hoffenheim unbelievable attacking depth. The Danish forward managed 0.65 goals per 90 minutes over the last calendar year, more than any Hoffenheim striker in the current squad (with the caveat that Skov’s numbers are skewed from playing in the less competitive Danish Superliga).

In terms of goal conversion rate, Skov’s 18.354% only ranks second to Hoffenheim striker Ishak Belfodil (18.681%). It is a fantastic rate for an attacking midfielder, who with just 3.44 touches per 90 minutes has the third-lowest rate among all current Hoffenheim forwards—only Vincenzo Grifo (2.45) and Ihlas Bebou (2.04) have touched the ball in the box less often.

A testament to Skov’s ability to be dangerous from outside the box—one major concern will be whether the Dane can translate his game to the Bundesliga. There have been plenty of examples in the past of forwards joining Bundesliga sides from Scandinavia and the Low Countries that would later struggle to show their skill in what is one of Europe’s toughest competitions.