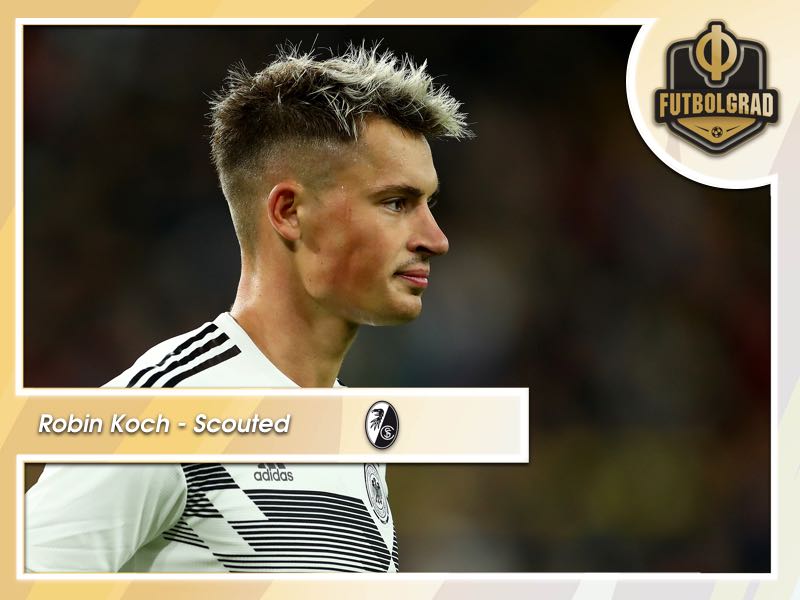 Almost unnoticed SC Freiburg defender Robin Koch made his national team debut for Germany in the 2-2 draw against Argentina last week. The defender was brought in after Bundestrainer Joachim Löw had to compensate for a long list of injured players.

The defender played the full 90 minutes against Argentina and showed no signs of nerves against La Albiceleste playing the central part of the three-man defence. Perhaps his only mistake was to misjudge a cross ahead of Lucas Alario’s goal that made it 2-1. The defender, however, was left entirely on his own in that situation.

On balance, Robin Koch was the only player in the defensive formation to keep his cool as Germany started to fall apart against Argentina in the second half after what had been a strong start to the game. Die Mannschaft had dominated Argentina in the first interval and should have been up by more than just the two goals at halftime.

“Robin was strong, confident, and has charisma,” Löw said about Koch after the game. “He never showed any signs of nerves,” the Bundestrainer added.

What followed was a general disintegration of Germany’s quickly put together a national team—aside from Robin Koch also saw Luca Waldschmidt, Suat Serdar, and Nadiem Amiri make their debuts for Germany’s national team. Koch, however, kept his head and on balance completed 79% of his 53 total actions against Argentina.

The centre-back, who can also play in defensive-midfield, completed 88% of his passes, won seven of his 11 duels, and made four interceptions. Just a normal evening for the Freiburg defender who, on average, managed to complete 89.1% of his passes this season, won 57.8% of his duels (13.95 per 90 minutes) and had 4.36 interceptions per 90 minutes this season. With 78.57% successful defensive duels, Robin Koch ranks second behind Union Berlin’s Marvin Friedrich in the Bundesliga this season.

Signed from Kaiserslautern in August 2017, Robin Koch, the son of former Lautern legend Harry Koch, has been a significant factor in Freiburg’s early success this season. The Breisgau Brasilianer are currently fourth in the Bundesliga with just one defeat from the first seven games under head coach Christian Streich. 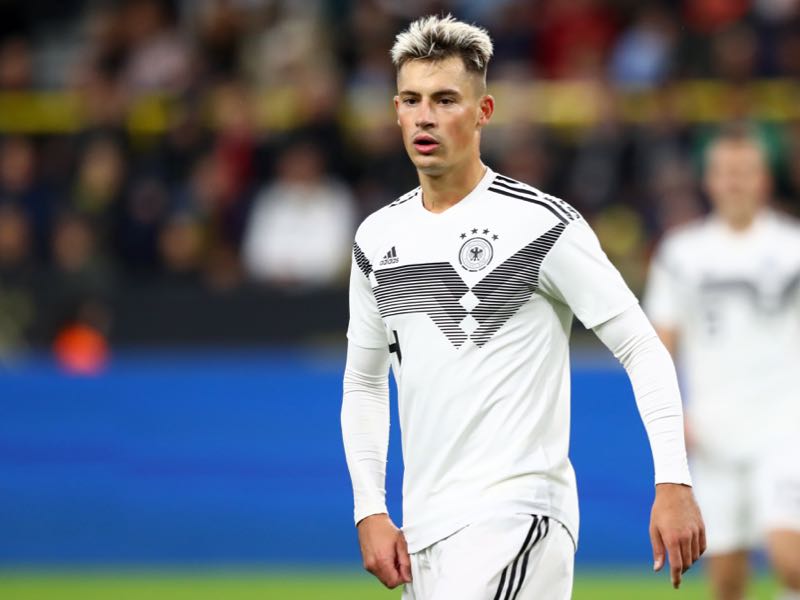 Robin Koch of Germany looks on during the International Friendly match between Germany and Argentina at Signal Iduna Park on October 09, 2019 in Dortmund, Germany. (Photo by Martin Rose/Bongarts/Getty Images)

One of the smallest clubs in the Bundesliga Freiburg, however, have no ambitions towards finishing in the upper half of the table. “I don’t care where we stand in the table at the moment,” Freiburg head coach Christian Streich said to Sky about the club’s strong start to the season.  “When the season is over, then I will take a look at the table.”

Streich is a pragmatic coach. The sort of coach that fits perfectly to a club like Freiburg, which constantly has to think outside the box to remain competitive in the Bundesliga.

The sort of out of the box thinking that led to Freiburg discovering Robin Koch. Freiburg paid €3.5 million for Koch after the defender had played just 24 Bundesliga games—a significant investment for a club like Freiburg. But in Koch, Streich saw a player that could play several positions. Furthermore, the defender can keep his head in difficult situations.

Hence, at Freiburg, Koch quickly established himself as a solid Bundesliga defender with room to grow. Enough room to finally get his callup to Germany’s U21 national team with whom he played at last summer’s U-21 European Championships.

From 0 to 100 for Koch. The defender was not previously called up to any youth national teams. Not that it matters much to Robin Koch. “I prefer being called up late to the U21 and then to get a callup to the senior team than to play countless games at the lower youth levels without being called up later,” Koch said to DFB.de. “A dream has come true,” Koch added.

Given Koch’s strong start to the season and Löw’s tendency to call-up players based out of his hometown Freiburg, the dream might not end here for Koch. Should he keep, his level of play throughout the season, do not be surprised if Koch is a candidate to represent Germany at next summer’s Euro 2020.