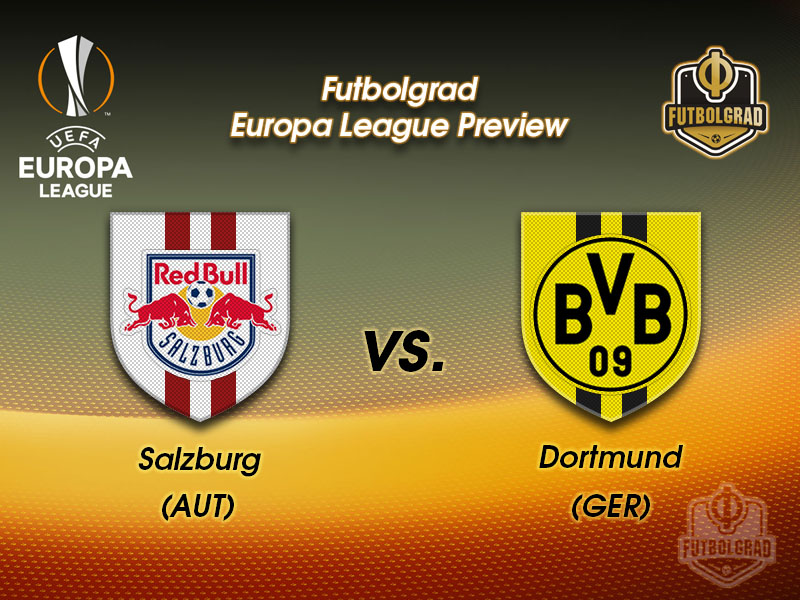 Salzburg vs Dortmund will take place at the Salzburg Stadion. (Photo by Martin Rose/Bongarts/Getty Images)

The first leg against Red Bull Salzburg was another lacklustre performance by the Yellow and Blacks. Dortmund well into the match, but Salzburg quickly began to take matters into their own hands taking the lead just after the halftime through a Valon Berisha penalty, who then doubled the lead in the 56th minute with a fantastic volley goal.

Only then did Dortmund start to awaken from their slumber and although they pressed hard André Schürrle’s single goal in the 62nd minute was not enough to give Dortmund a comfortable result going back to Austria. Instead, Dortmund are now travelling to Austria having to win the match by scoring at least two goals.

Given the sides latest performances that task seems to be difficult. But at the same time, Dortmund were able to put past three goals against a well organised Eintracht Frankfurt side on Sunday night. That result, in particular, should give fans of the Yellow and Blacks some hope that Dortmund have enough firepower to overcome the leader of the Austrian Bundesliga.

Scoring a late goal in the dying moments of a game could, in fact, be the kickstarter of any campaign. Now comfortable in third place in the Bundesliga, three points ahead of fifth place Eintracht, Dortmund have found some room to breathe in the race for the Champions League spots.

Furthermore, with the international break just around the corner and a comfortable Sunday fixture against Hannover 96 head coach Peter Stöger will put the full focus on the Europa League fixture against Salzburg. Salzburg in the meantime rotated their squad in their 2-2 draw on Sunday against SV Mattersburg.

The result shows that Marco Rose is hoping for a miracle against Borussia Dortmund and that his team can hold the advantage from the first leg. But given Dortmund’s firepower and the pressure of not going out against Austrian opposition anything but a clearcut victory by Dortmund would be a big surprise.

Salzburg vs Dortmund – Players to look out for:

The 25-year-old Israeli striker Munas Dabbur has been impressive for Red Bull Salzburg this season scoring 16 goals and three assists in the Austrian Bundesliga, as well as four goals and one assist in nine Europa League matches. Signed from Grasshoppers in the summer of 2016 for €6 million Dabbur struggled at first at Salzburg and was sent back on loan to Switzerland last February. He returned last summer and has been a completely different player for Salzburg ever since.

The honeymoon seemed to be over. Struggling to find the net in three consecutive Bundesliga games Michy Batshuayi was left out of the starting eleven against Eintracht Frankfurt on Sunday night. But with Dortmund in a deadlock with Frankfurt after 60 minutes BVB head coach Peter Stöger brought on the Belgian striker, who quickly became the match winner bringing Dortmund ahead 2-1 in the 77th minute and then once again, this time in the dying moments of the game, with a fantastic volley to secure Dortmund three points after Frankfurt had equalised in the 91st minute. The two goals should give Batshuayi the necessary confidence to help Dortmund overcome a 2-1 deficit against Salzburg in Austria. 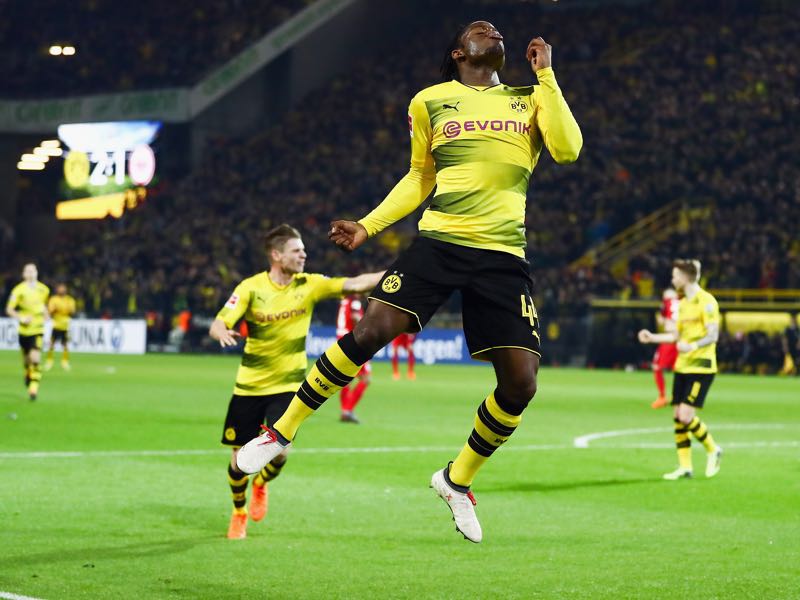 Michy Batshuayi was the player of the match against Eintracht Frankfurt. (Photo by Lars Baron/Bongarts/Getty Images)