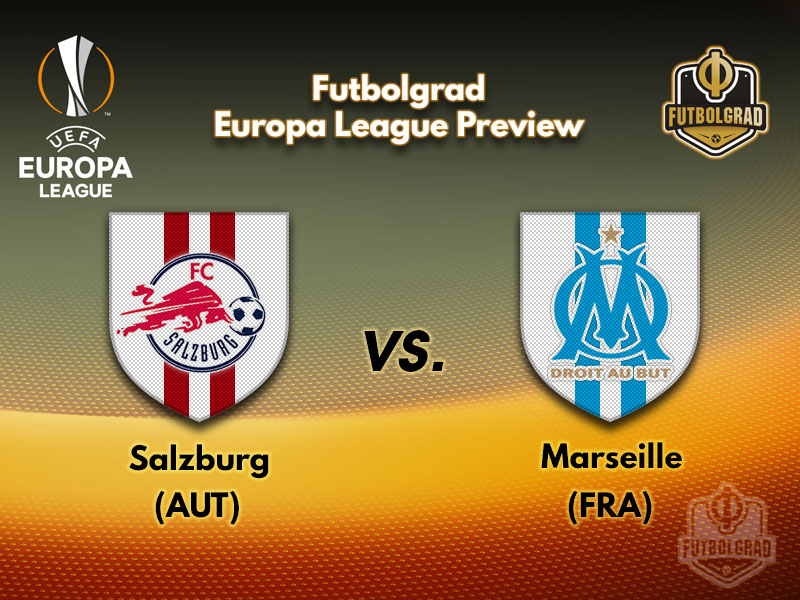 Salzburg face another ‘Mission Impossible’ on Thursday against Marseille

Salzburg vs Marseille will take place at the Salzburg Stadion. (Photo by Martin Rose/Bongarts/Getty Images)

Will Salzburg’s unbelievable Europa League journey end on Thursday? Die Roten Bullen from Austria were defeated 2-0 in Marseille after goals by Florian Thauvin and Clinton Njie.

As a result, Salzburg will now have to score two unanswered goals just to reach extra-time on Thursday night. On a first glance, Salzburg’s game against OM on Thursday, therefore, seems to be a mission impossible. But on a second glance, Salzburg have defied the odds the entire competition.

The Austrian champion, after all, managed a surprise victory in Dortmund and then hang on to secure their quarterfinal position at home. In the quarterfinals, Salzburg were defeated 4-2 by Lazio in Rome only to turn around the tie with a 4-1 victory at home in Salzburg.

Marseille, in the meantime, have been a force at home but somewhat struggled on the road. In the three matches played on the road during the knockout stage Marseille only beat Bilbao based Athletic and recorded defeats to both Braga and Salzburg’s sister team from Leipzig (both times 1-0).

A 1-0 defeat on Thursday, of course, would be enough to see Marseille advance. But Salzburg’s Europa League journey has seen to many twists and turns for the French side to be ensured of their victory.

Salzburg vs Marseille – Player to look out for:

Salzburg need goals if they want to advance and, as a result, Munas Dabbur will be Salzburg’s key player in the second leg. The Israeli striker has scored 19 goals and three assists in 28 Austrian Bundesliga games for Salzburg this season as well as seven goals and four assists in 16 Europa League matches. Domestically, Dabbur has scored a goal every 118 minutes for die Roten Bullen, and the 25-year-old striker is now one of the hottest properties in the Austrian Bundesliga.

Goals in each half from Florian Thauvin and substitute Clinton Njie, both set up by captain Dimitri Payet, gave Marseille their eighth home win of the European season in the first leg. An explosive and unpredictable winger Payet lost a season in England after forcing through a move from West Ham back to Marseille. It was an ugly affair, and in the long-run, the move back may have cost him his international career in France. But despite his enfant terrible status, Payet remains a fantastic player to watch at times, and there is no doubt that he will be Marseille’s danger man against Salzburg on Thursday.