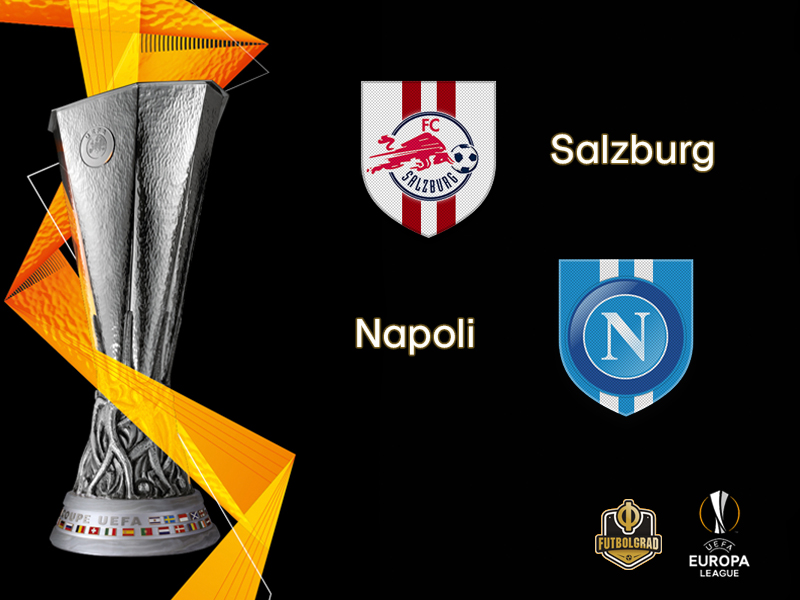 Swan song or miracle? Salzburg look to overcome 3-0 deficit when they host Napoli

Salzburg vs Napoli will take place at the Salzburg Stadion. (Photo by Martin Rose/Bongarts/Getty Images)

Is the Europa League dream over for Salzburg? Destroyed after a crushing 3-0 defeat to Napoli? Napoli’s first ever UEFA fixture against Austrian opponents proved a memorable one as they dominated Salzburg at the Stadio San Paolo, Arkadiusz Milik and Fabián Ruiz scoring inside the first 18 minutes before a second-half own goal from Salzburg defender Jérôme Onguéné completed a handsome 3-0 win.

For the Mozartstädter the result means that the European season is all but over. Or is it? After all, Salzburg are a force at home. The Red Bulls managed to defeat Brugge 4-0 to overcome a 2-1 deficit in the round of 32. Furthermore, last season Salzburg marched all the way to the Europa League semifinals where they were narrowly eliminated by Olympique Marseille.

That Europa League campaign, in particular, included some memorable upsets and comebacks. The Mozartstädter eliminated Borussia Dortmund after a 2-1 victory at the Westfalenstadion and also overturned a 4-2 away defeat with a 4-1 home victory against Lazio. But 3-0 is a much more difficult, perhaps even impossible result, to overcome than last season’s 4-2 defeat against Lazio.

“The result was bitter. I feel we could have done better,” head Marco Rose said after the game. “We could have lost by more but could have also scored three times. Now in our full stadium, we will see if we can challenge Napoli somehow,” Rose concluded.

Napoli head coach Carlo Ancelotti agreed with Rose’s assessment. “It was not an easy game. In the end, Salzburg pushed hard and could have scored a goal. We were a bit lucky,” Napoli’s head coach admitted. Furthermore, Ancelotti refused to suggest that the leg was won. “It was only the first half; we still have a return leg. A 3-0 is not enough; we will have to give everything.”

Ancelotti will certainly be warned by Salzburg’s record from last season. But although Salzburg are dominating in the Austrian Bundesliga and have once again a talented side but the absence of Amadou Haidara in midfield — he joined RB Leipzig in the winter — is a significant loss for the Mozartstädter.

Furthermore, Napoli’s recent defeat to Juventus in Serie A means there is now an 18 point gap to first place in Italy. The Europa League would, therefore, be a great consolation prize for a Napoli fan base waiting for a major title. Hence, with this in mind, it is hard to imagine Salzburg coming back from this 3-0 defeat.

Salzburg vs Napoli  – Players to look out for:

This might be the last ever European night for Munas Dabbur at the Stadion Salzburg. The Israeli striker will join FC Sevilla at the end of the season. It is the long-expected next step in the career of the 26-year-old striker, who has been one of the most prolific forwards in Austrian football in recent years. Since joining Salzburg in 2016 Dabbur has scored 59 goals and 22 assists in 116 games. This season he has scored seven times in nine Europa League games, and it will be up to the 26-year-old to preserve the small hope that the Mozartstädter might still harbour in this tie.

Belgian striker Dries Mertens is the congenial partner to Polish forward Arakdiusz Milik. Just 169cm tall Mertens almost plays around Milik using the space created by his more physically imposing partner. Furthermore, Mertens likes to set up his teammates and in 25 Serie A games has scored eight goals and seven assists. Against Salzburg, it will be once again up to Mertens to ensure that Milik and Co. find the space to finish of the Mozartstädter. 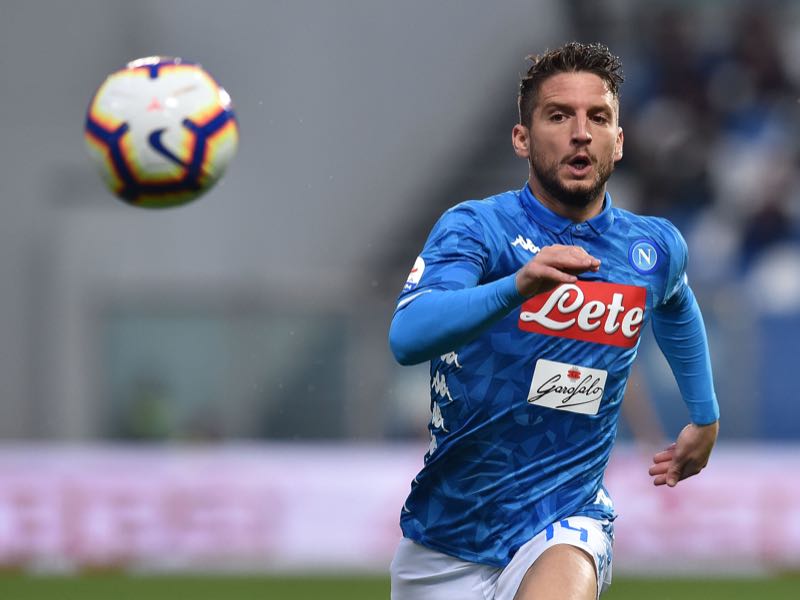 Dries Mertens of SSC Napoli in action during the Serie A match between US Sassuolo and SSC Napoli at Mapei Stadium – Citta’ del Tricolore on March 10, 2019 in Reggio nell’Emilia, Italy. (Photo by Giuseppe Bellini/Getty Images)