SC Freiburg vs Borussia Dortmund will take place at the Schwarzwald Stadion in Freiburg. (Photo by Alexander Hassenstein/Bongarts/Getty Images)

The transfer window is closed and with it another tumultuous period on the international transfer market for Borussia Dortmund. In the end, Borussia Dortmund was involved in 16 transfers—three more than last season. Ousmane Dembélé’s transfer to Barcelona meant that die Schwarzgelben had to make some significant changes to the squad in the last week of the summer transfer window.

With all the transfers one almost forgets that Dortmund had a perfect start to the season. Dortmund followed up a first round victory in the DFB Pokal with two wins in the Bundesliga. A goal record of 5-0 also means that Dortmund are now ahead of Bayern München in the Bundesliga standings. Furthermore, new head coach Peter Bosz’s 4-3-3 formation seems to be a better fit for a side that often seemed unbalanced last season.

Despite Dembélé leaving the club, the attack remains Dortmund’s biggest asset. The French attacking midfielder was not part of Dortmund’s furious start to the league anyhow, and thanks to Pierre-Emerick Aubameyang staying at the club as well as the arrival of Ukrainian star Andriy Yarmolenko Dortmund remain one of the most dangerous, if not the most dangerous, teams going forward in the Bundesliga.

Peter Bosz in the meantime has done very well keeping calm during this turbulent time. The Dutch coach has been adamant, however, that the most difficult part of his job is still ahead. “It will take a few weeks until we know what direction this club will take.” But there is no doubt that Dortmund have a strong squad and with the addition of Yarmolenko are the favourites in 16 out of 17 games this season.

Freiburg in the meantime has had a poor start to the Bundesliga season. A point against Eintracht Frankfurt at home on matchday 1 was followed by a heavy defeat to RB Leipzig. Freiburg head coach Christian Streich, however, was quick to point out that the Breisgau Brasilianer had to start the season without any significant new signings.

Since matchday 2 Freiburg have been busy on the transfer market—as expected, der Sport-Club signed Yoric Ravet from Young Boys Bern and also surprised many by securing a loan deal for Liverpool’s Ryan Kent. Both players will add some much-needed depth to the frontline, which has been depleted by the departures of Vincenzo Grifo and Maximilian Philipp.

SC Freiburg vs Borussia Dortmund – Players to look out for:

Yoric Ravet has finally completed his move to SC Freiburg. Der Sport-Club has been in the hunt for the signature of the 27-year-old French winger since mid-August. But Young Boys’ involvement in the qualifiers for the UEFA Champions League meant that a deal was going to be difficult until the Swiss club knew at which international level they were going to play this season. Bern were then eliminated by CSKA Moscow in the playoffs paving the way for Ravet to join Freiburg. Ravet is a prolific winger, who in 32 Swiss Super League games for Young Boys last season managed six goals and 17 assists. 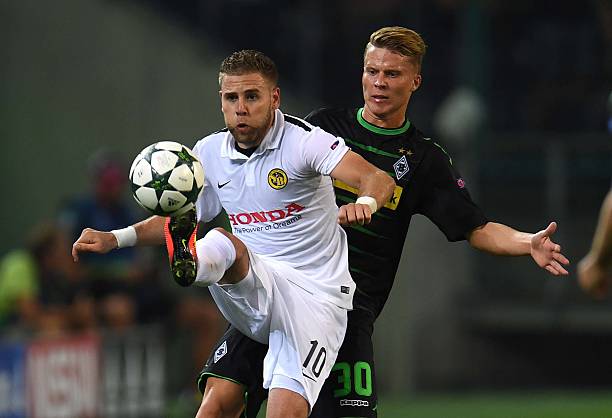 The third time was the charm. After failing to land the Ukrainian winger in the summer of 2015 and then in January 2016 Dortmund have finally secured the signature for the Ukrainian winger. The 27-year-old Yarmolenko will now add some experience to the frontline and will bring a different dimension to Borussia Dortmund’s game. Unlike Dembélé Yarmolenko is a direct player, who not unlike Arjen Robben likes to cut in from the right side of the pitch to use his strong left foot to finish off attacking plays. Yarmolenko featured in both Ukrainian qualifiers last week and scored twice against Turkey. He was also part of Ukraine’s 2-0 defeat to Iceland in Reykjavik. It remains to be seen whether Peter Bosz will start the forward or if he bring him off the bench. 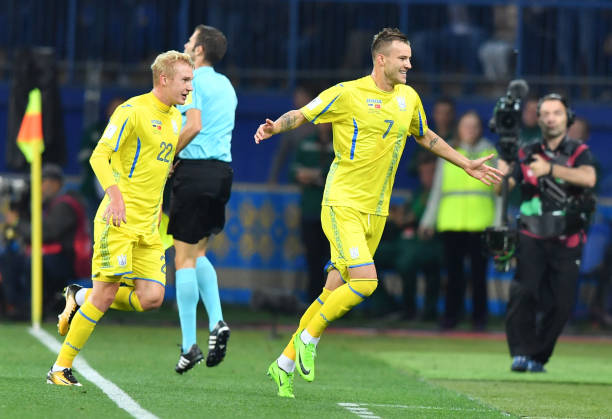