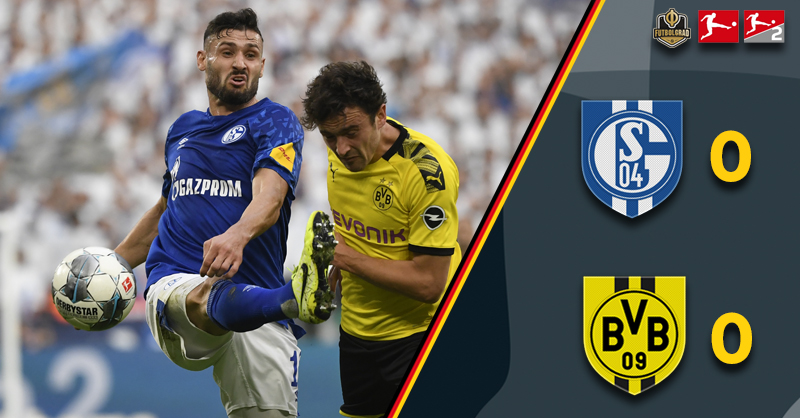 The 155th Revierderby ended in a nil-nil draw as Dortmund rode their luck on an afternoon when Schalke once again looked revitalised under David Wagner.

It was perhaps the biggest derby of recent years. Victory to see either side could take the Bundesliga’s top spot. Prior to the fixture, David Wagner had been described as the ‘perfect fit‘ for Schalke – the Königsblauen playing a modern brand of football under the ex-Huddersfield Town coach.

Off the pitch, the scenes were wild before a ball had even been kicked. Dortmund fans arrived in a hail of smoke and then continued their pyrotechnic display, filling the Veltins-Arena with thick yellow smoke. Schalke, they retorted with a captured banner from their guests – as derby days go, this was a fiery atmosphere.

The first half flashed by, typical of a Revierderby the tempo was intense as was the work rate from both sets of players. It was the home side though, who had the better of chances and could have taken the lead twice.

Bastian Oczipka whipped in a cross that Salif Sané rose magnificently to meet, only the underside of the crossbar denied the defender what would have been his third goal of the season on 28 minutes. Just six minutes later, Suat Serdar’s rocket of a shot clipped the inside of Roman Bürki’s righthand post – unfortunately for the midfielder, the rebound bounced out and not over the line.

As the half time whistle went, it was Schalke who looked the most likely to prevail in the second half. Lucien Favre’s Schwarzgelben had yet to turn up.

The restart brought confirmation of the home side’s intent. Immediately on the front foot, Schalke could sense a goal was coming – Guido Burgstaller had the Dortmund defence scrambling 70 seconds into the second half.

The Austrian’s header from the Royal Blues fifth corner of the match cleared off the line by Raphaël Guerreiro – Dortmund couldn’t seem to find any foothold in a fixture that could take them back to the summit of the league.

It was their English superstar who provided a much-needed spark, Jadon Sancho with a clever one-two on the edge of the Schalke area brought about the visitor’s first real chance of the match. But, his curled shot could only bend wide of Alexander Nübel’s far post.

Dortmund couldn’t fashion another opening and Schalke resumed their position of dominance, they couldn’t find that all-important finish though – the lack of striking options a reemerging factor of late for Wagner’s side.

Every derby needs a contentious decision and just after the hour mark, this fixture was blessed with one. Thorgan Hazard, on as a substitute, looked to have controlled the ball in his own box with his arm. referee Dr Felix Brych waved play on and the VAR didn’t intervene – the home bench was furious as were the home crowd.

However, subsequent replays indicated there could have been a foul on Thomas Delaney in the build-up. As it was, the match ended in a stalemate but Schalke will be the happier of the two sides. 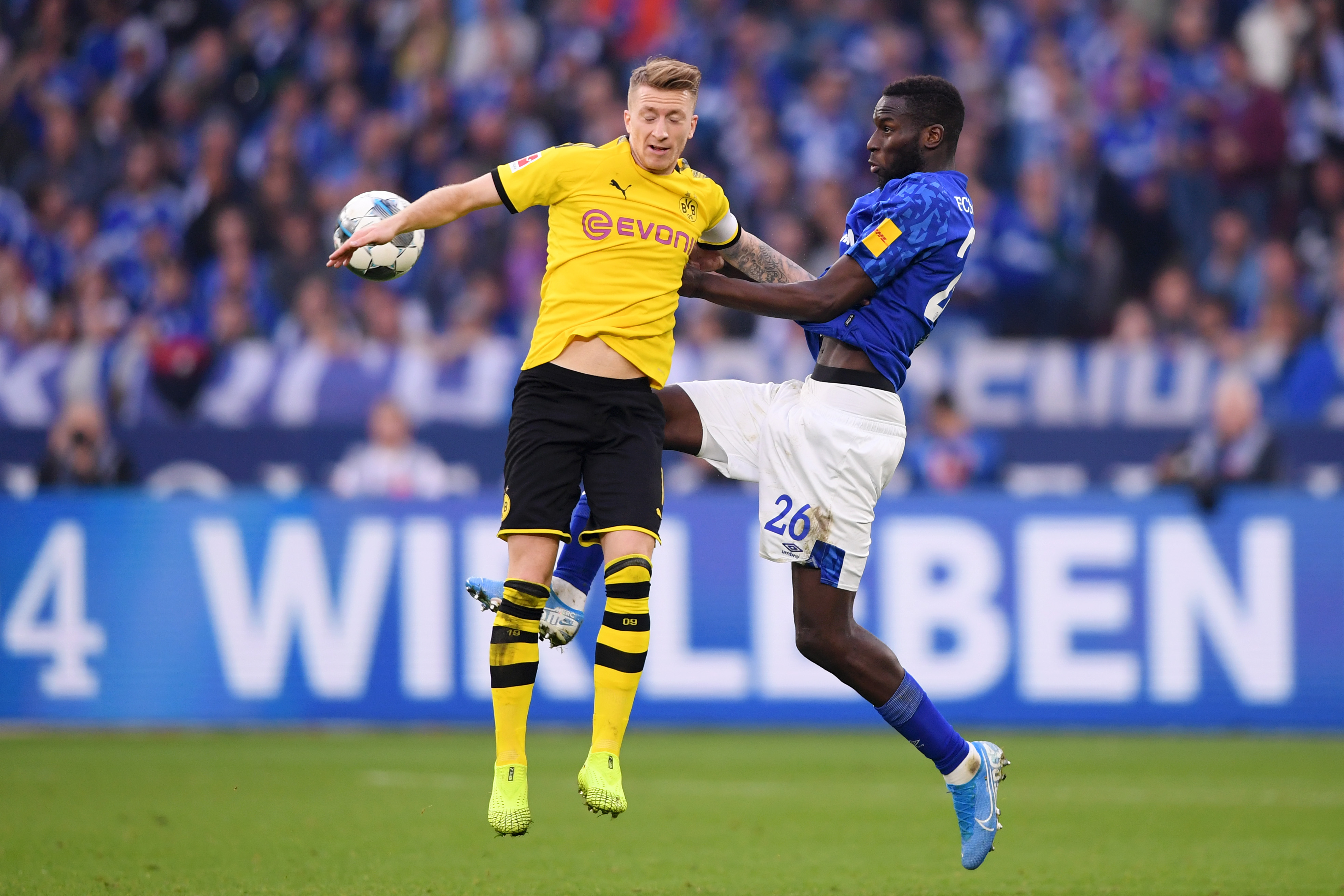 The Schalke defender was immense, both in attack and in his natural position. Unlucky not to open the score in the first half he nevertheless had a wonderful afternoon. When Dortmund did try to fashion an attack the Senegal international was on hand to frustrate his opponents.

Dortmund had their experienced centre back to thank for keeping them in the game. With a vital interception and a number of robust – but fair – challenges, it was the ex-Bayern man who remained composed while those around him didn’t.

The Everton loanee was at home in this derby fixture, he knows what a highly charged atmosphere between two local clubs is all about. Key to Wagner’s style of play his high energy approach was a joy to watch.

It may have been goalless but this fixture showed just how the gap has closed between these two sides. Schalke playing the type of attacking football missing from last season. A striker who can guarantee goals seems a logical purchase in the winterpause, it is all the are missing.