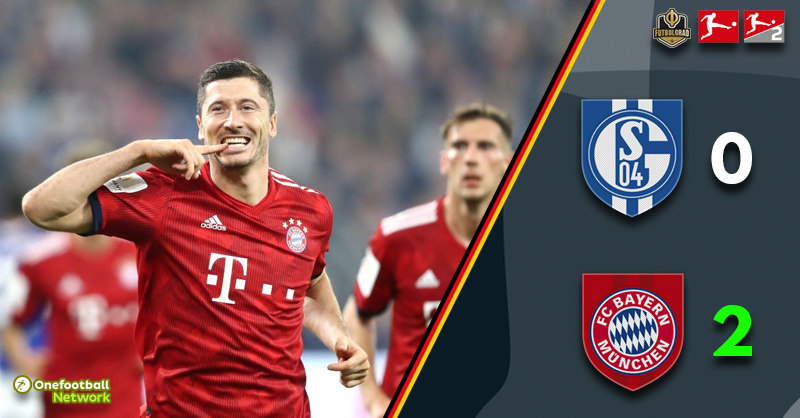 Schalke v Bayern München ended up with another predictable victory by the Rekordmeister as Schalke continue to look for their first three points.

It was all Bayern at the opening stages of this one. Creating chance after chance to start the match it was only a matter of time for the Bavarians to score. That goal finally arrived in the 9′ minute with James Rodríguez getting at the end of a Joshua Kimmich corner-kick to nod home the opening goal.

Schalke needed time to get into this game at all. But as the first 15 minutes past die Knappen at least managed to create one chance. Franco di Santo was through in the 15′ minute but saw his shot easily stopped by Manuel Neuer.

In truth, Bayern, however, remained in control. In the 21′ minute Robert Lewandowski missed an open header after a corner, in the 25′ minute, Lewandowski stuck the ball through to James, who was, in turn, stopped by a tall standing Ralf Fährmann and in the 30′ minute David Alaba’s freekick hit the crossbar.

Schalke started to get a bit of a foothold in the match in the final ten minutes of the first interval. But at the same time die Knappen could not string together enough passes in the last third to indeed threaten Bayern.

James should have then scored his second in the 50′ minute. Thomas Müller and Ribéry combined well to open up the space for James, who was left wide open in front of the empty goal, but instead of sending the ball over the line the Colombian put the shot wide.

Schalke then improved getting more control in the final third of the pitch. At the same time, they failed to break down Bayern’s defence and instead it would be the Bavarians to strike again.

Once again James was one of the main protagonists. James got into the penalty area and got by both Schöpf and Mark Uth, with the former then resorting to taking the midfielder down from behind in the penalty area to stop the one-on-one opportunity. The referee had no option but to point to the spot. Robert Lewandowski stepped up and scored with ease in the 65′ minute.

Bayern could have had more. In the 77′ minute, Alaba once again showed off his free-kick skills, but Fährmann denied his shot, and Serge Gnabry then saw a shot go wide in the 86′ minute. In the end, it was another clinical performance by Bayern and another deflating result for Schalke.

James Rodríguez was part of the rumour mill once again in the last few weeks. The midfielder, rumours has it, is unhappy in Munich and wants to return to Real Madrid. The reason? Not enough playing time. But Kovac started him now in two games in a row, and James has been excellent in this one scoring one and creating the penalty for Lewandowski’s second goal. He could have also scored a second one himself, but even though he missed the empty net, the Colombian was fantastic throughout the game effectively burying rumours about his future at the club. 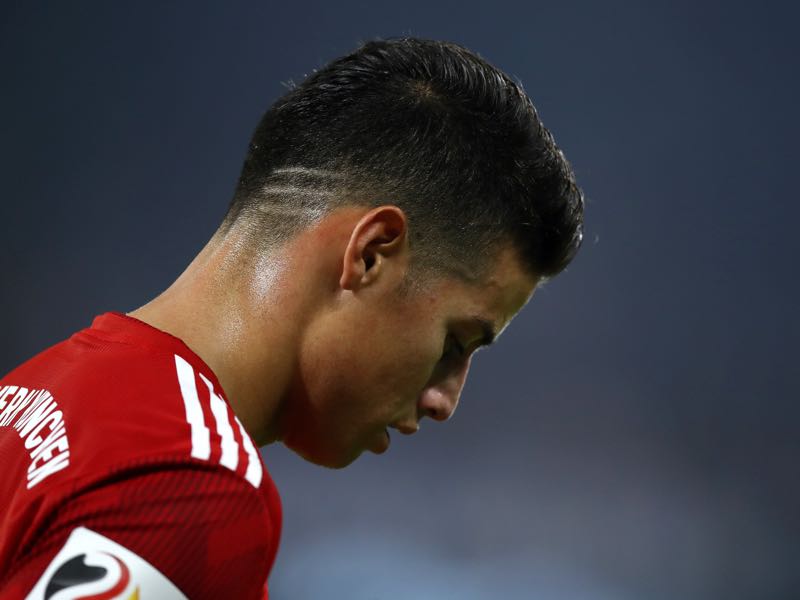 Bayern are once again cruising at the top of the table. Schalke, however, have now lost four games in a row in the league. They also failed to pick up three points against Porto midweek. Die Knappen are in poor form and managed to complete just 71% of their passes – not enough to be competitive in this league.