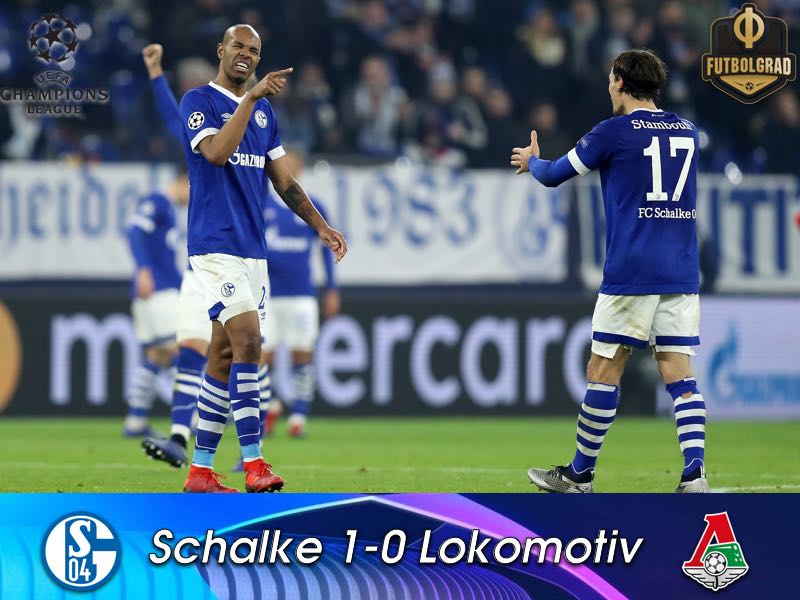 Schalke v Lokomotiv kicked off with Domenico Tedesco presenting a heavily rotated Schalke side that included 19-year-old debutant striker Benjamin Goller. Lokomotiv, in the meantime, needed three points to secure the third spot but the Russians have struggled all season in Europe and could not get past a poor Schalke side.

Despite a heavily rotated side, it was Schalke that dominated the early proceedings in a match that was uneventful in the opening 15 minutes. In fact, the biggest event was Hamza Mendyl having to go off in the 17′ minute with an injury further increasing Tedesco’s selection headaches, Abdul Rahman Baba replaced him.

Lokomotiv did a good job in the opening half destroying any buildup play by Schalke in the middle third. But at the same time, the Railwaymen offered very little going forward despite having to win the game. Yuri Semin’s game plan was clear 35 minutes in, ensure to keep Schalke off the scoresheet and perhaps sneak in the goal that Lokomotiv needed to go through.

Schalke finally had their first shot towards goal in the 40′ minute when Yevhen Konoplyanka attempted a curled effort from just outside the box. But his shot was wide of the mark, a perfect metaphor for Schalke’s current goalscoring problems. Lokomotiv then had the biggest chance of the first 45 minutes just before halftime with Igor Denisov putting a shot from just 10-yards out over the crossbar.

Lokomotiv needed all three points and as a result, started to open things up at the start of the second half and produced the next chance. In the 54′ minute, Aleksey Miranchuk found himself with some space on the right, cut in, and Fährmann had to stretch himself to keep the shot out.

Both sides much improved the second half. In the 60′ minute, Konoplyanka managed to break through on the right and tested Loko keeper Guilherme with a low shot from just outside the six-yard box. Schalke were now pressing for the opener and at it seemed only a matter of time until the Germans would get their goal.

Suat Serdar came close in the 68′ minute. Slaloming through Loko’s defence, the Guilherme got down just on time to keep the midfielders shot from ten-yards out. Serdar was then at the centre of things in the 75′ minute. Naldo brought a ball across the six-yard box, but both Serdar and Matija Nastasic missed what would have been a glorious opportunity for Schalke to break the deadlock.

Schalke were dominating proceedings. Meanwhile, Lokomotiv were doing very little to get the three points they needed to secure the third spot in the group. In the 80′ minute Loko head coach Yuri Semin finally started to risk something bringing on Fedor Smolov for Jefferson Farfan. The Russian striker, however, failed to make any impact adding to what has been a miserable 2018 for him.

Things, in fact, were made even worse for Lokomotiv as Schalke scored in the dying moments of the game. Suat Serdar tested Guilherme with a volley from inside the six-yard box, the keeper managed to keep the ball out but could not control the rebound, which fell straight to Alessandro Schöpf and the Austrian made no mistake scoring from close range.

Alessandro Schöpf was the man of the match. The winger not only scored the game-winning goal for Schalke but was also the most active player for Schalke on a night that had very few highlights. Always busy on the right flank Schöpf produced five crosses and won six of his 14 duels. 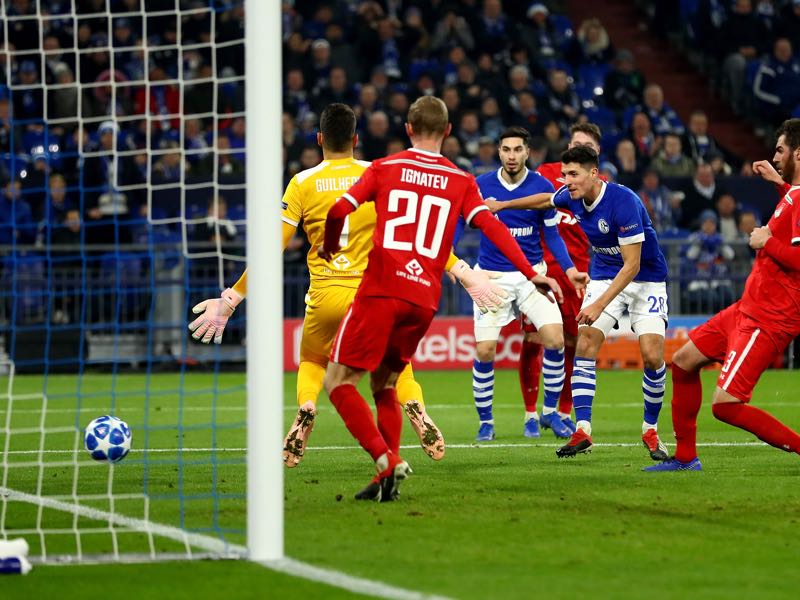 With injury woes up front, Domenico Tedesco handed two talented strikers their first team debuts tonight. 19-year-old Benjamin Goller started the match next to Konoplyanka and Cedric Teuchert as part of a three-man attack. In the 72′ minute 18-year-old Ahmed Kutucu came on for Cedric Teuchert. Goller had a decent first game for the first squad making a few good runs but seemed to somewhat struggle with the physical demands of Champions League football. Kutucu, in the meantime, had an industrial start to his career but like Goller failed to make an impact for Schalke.