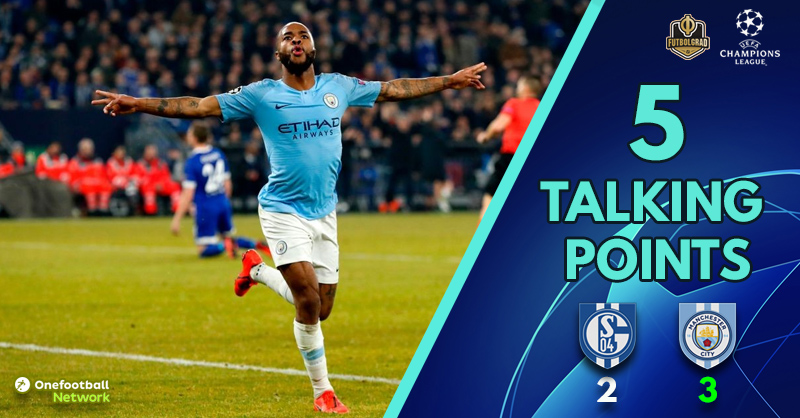 Veltins-Arena – Schalke v Manchester City – Manchester City produced a sensational comeback to record a 3-2 victory in Gelsenkirchen and put one foot in the door of the Champions League quarter-finals. Sergio Aguero put the Citizens ahead before two Nabil Bentaleb penalties gave Schalke a half-time lead.

Sergio Aguero had a number of early opportunities to score after being unable to bring down a De Bruyne pass, going close to pouncing on a through ball and having a header tipped over by Ralf Fährmann. Sterling was finding plenty of space and sent a cross to the back post where Aguero’s shot was blocked.

It appeared only a matter of time before the Argentine hitman found the net and that time came in the 18th minute. A hospital pass from Ralf Fährmann to a dawdling Salif Sané allowed David Silva to rob the Senegalese defender before squaring to Aguero who found an open net.

Mark Uth may have been fouled in the buildup, but these were schoolboy errors from Fährmann and Sané who were punished accordingly. Schalke were boxed mainly in their half and posing little threat against the Premier League champions.

Just when it appeared Manchester City would take further control of the game Weston McKennie won the ball which started a move which saw Daniel Caligiuri’s shot hit Nicolás Otamendi’s arm. A penalty was given after a lengthy VAR delay with Nabil Bentaleb making no mistake from the spot. 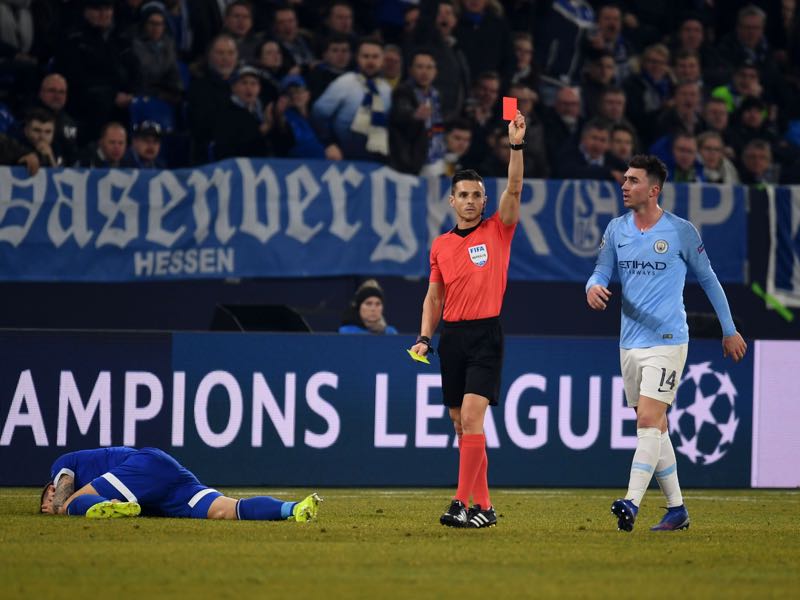 On the stroke of half-time, a Schalke free-kick was delivered into the box where Fernandinho pulled down Salif Sané. Referee Carlos del Cerro Grande pointed to the spot once again, and Bentaleb scored to give the hosts an unlikely 2-1 lead.

It was an incredible turnaround that few saw coming.

Royal Blues and Tedesco blow it

Schalke were rewarded with another favourable decision when Otamendi was given a second yellow card in the 68th minute for a foul on substitute Guido ‘the pest’ Burgstaller. Domenico Tedesco’s side defended well, giving Raheem Sterling little room to operate and Matija Nastasic made a crucial tackle on Aguero.

The Royal Blues were doing their best to nullify Manchester City’s intricate play around the edge of the area and succeeded in slowing the game down. City were getting frustrated before Pep Guardiola replaced Sergio Agüero with former crowd favourite Leroy Sané.

It didn’t take long for the Schalke junior to get involved, sending an unstoppable free-kick past Fährmann with a 2-2 draw looking likely. City had other ideas; however, a long Ederson goal kick released Sterling who cruised past a halfhearted tackle from Bastian Oczipka and beat Fährman for the winner.

Tedesco said his side tried to press high after Otamendi was sent off, but in hindsight, it was a mistake. Bringing on Steven Skrzybski for Weston McKennie didn’t have the desired effect and losing the match after leading 2-1 with five minutes remaining against ten men is inexcusable.

Pep Guardiola under no illusions

There was no logical reason to think Schalke would emerge victorious tonight. Despite defending well for portions of the match, they were largely outplayed and had no answers for City’s pass and move game.

That they came so close was largely down to luck after being awarded two penalties and on the right side of a red card. Pep Guardiola had no complaints with all three decisions despite questioning an offside call for the second penalty.

With so many eager to promote City’s chances of winning multiple trophies this, the Spanish manager said his side are still not ready to fight for the Champions League if they continue to give away preventable penalties and red cards. 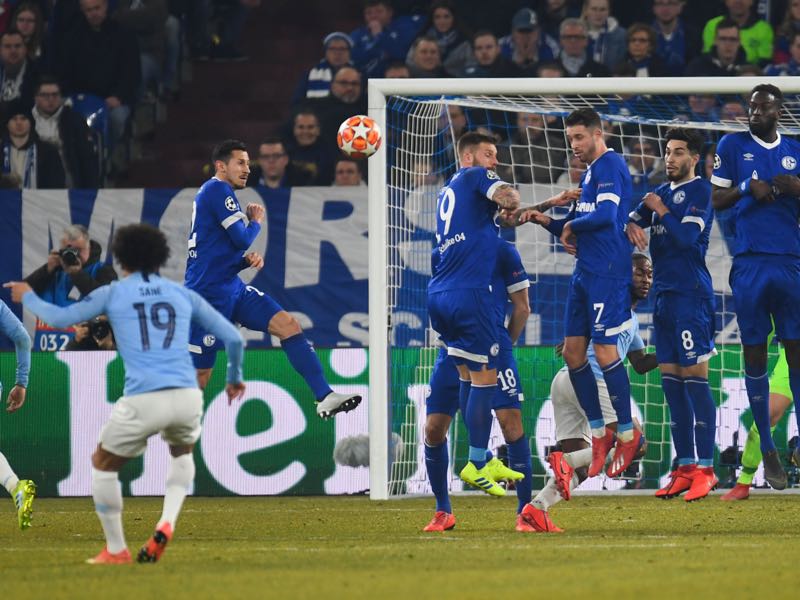 It might have been a subtle dig at some of his players, but there is no doubt City will come up against much more accomplished sides than Schalke and can’t afford these mistakes if they want to go all the way.

VAR debacle not confined to the Bundesliga

I have been critical about the use of VAR in Bundesliga games on some occasions. The spectators in the stadium are at a significant disadvantage to the television viewers as they have no access to any replays or information about what the VAR is reviewing.

Another great football match but not for Schalke supporters. Manchester City win 3-2 and will surely progress. Talking points up shortly @FutbolgradLive pic.twitter.com/gCPnpT4ipM

Daniel Caligiuri’s shot hit Otamendi’s arm in a clear penalty but the time between the incident and the penalty being taken was close to 4.5 minutes. There were apparently some technical problems with the VAR, but in 2019 it shouldn’t happen.

We all want correct decisions to be made, but this was another example of technology failing the spectators and killing the atmosphere that makes football such a special experience.