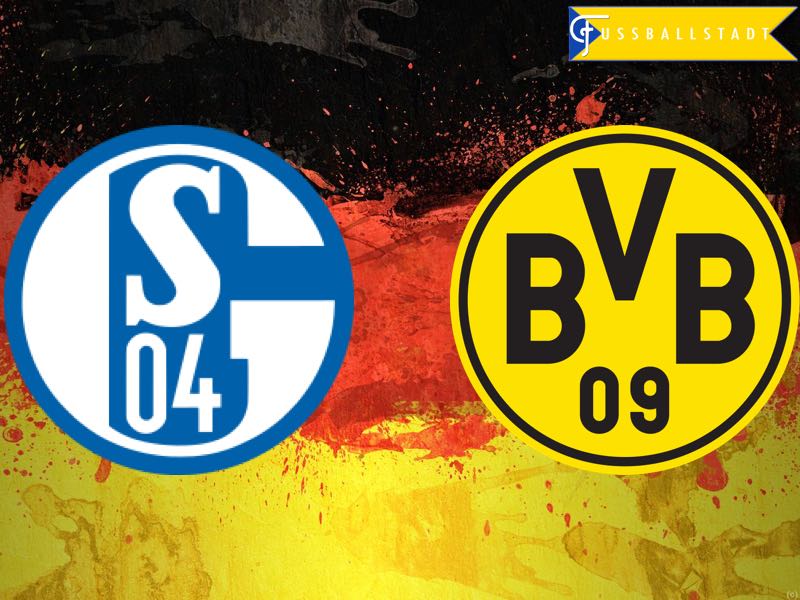 Ask most people to name the Bundesliga matchup of the season and many will opt for Der Klassiker. However, the Revierderby is the biggest rivalry the league has, and is known as the mother of all derbies. This hotly contested fixture brings together two of the league’s most traditional clubs and Saturday will witness the 150th competitive meeting of the sides from the North Rhine-Westphalia region. With local pride at stake the meeting of Schalke and Dortmund will galvanise the local area into two camps – Royal Blue or Yellow and Black.

Schalke had a less than adequate start to the Bundesliga season. Ravaged by injury things looked pretty bleak on Matchday 5 for the Royal Blues when they were routed to the bottom of the table. Nevertheless, Markus Weinzierl has overseen a staggering turnaround in form—remarkably as the Königsblauen enter this derby fixture they sit four points off a Europa League spot, whilst also qualifying for the quarter final stages of this seasons Europa League.

A tremendous display against the widely-tipped Borussia Mönchengladbach in the Round of 16 saw them book their place in the latter stages of UEFA’s second competition. Domestically they come into this fixture off the back of two straight victories—a hard fought win against Mainz came after an emphatic demolition of Augsburg on Matchday 25. The addition of Holger Badstuber in December has seen a defensive partnership of great quality emerge with club captain Benedikt Höwedes.

Both these players will have to be on top form as Schalke host the front three of Dortmund who recently gave Leverkusen nightmares, ultimately sending Roger Schmidt to the unemployment line. With quality running throughout the entire spine of the Schalke side it is worth pointing out that summer signing Coke is yet to make his mark along with another injured star Abdul Rahman Baba. The Ghanaian has not featured since he ruptured his ACL on Africa Cup of Nations duty in January, whilst the Spaniard, Coke, has only recently returned to training after rehabilitation from a posterior cruciate ligament injury sustained back in August.

The Schwarzgelben have had a season of differing form. Currently sitting third in the Bundesliga the fact they have not pushed Bayern as much as they would have liked has led to some observers questioning Head Coach Thomas Tuchel. For the most part this has been unfair. Dortmund experienced an exodus of talent last summer—Mats Hummels, Ilkay Gündogan and Henrikh Mkhitaryan all left the club and were replaced, in the main, by exciting young talent such as Ousmane Dembélé, Emre Mor and Raphaël Guerreiro.

With such a young a squad the fact BVB sit third in the table, quarter finalists in the Champions League as well as semi-finalists in the Pokal should be testament to Tuchel’s hard work with such an embryonic squad. Borussia Dortmund come into this fiercely contested fixture with some of the most exciting forward players the Bundesliga has to offer.

With Marco Reus side-lined by a hamstring injury, American international Christian Pulisic has stepped up to the plate—the 18-year-old has been a revelation, one of many in yellow and black. Ousmane Dembélé might just be the most exciting player of the young BVB crop and with Pierre-Emerick Aubameyang providing the killer instinct up front Dortmund could go some way to nailing down second place from Leipzig with a victory against their rivals from 30km away.

As well as their forward fire power BVB have Sokratis and Marc Bartra shoring up their back line. However, with both centre backs on four yellow cards, another here in the derby will see them serve a suspension just as the business end of the season begins. Tuchel will no doubt continue to keep us all guessing what formation he will go with. The 43-year-old has employed a vast array of setups this season. Ranging from a 4-1-4-1 to a 3-1-4-2 to what many think is his most potent, the 3-4-3 flat. It is with this final formation that Dortmund destroyed Leverkusen on Matchday 23. A frighteningly similar display in Gelsenkirchen would see the away fans leave in a delirious state.

‘Energetic’ and ‘hardworking’ are just two words that go some way to describe the Austrian centre forward since his arrival at Schalke from Bundesliga 2 side 1.FC Nürnberg over the winter window. Burgstaller quickly settled into life with the Royal Blues and not content with finishing the Hinrunde as the second division’s top scorer he exploded into the Rückrunde with for goals in nine games, even managing two assists. His work ethic and desire to compete has quickly seen him established as a Königsblauen favourite. Now also proving himself on the Europa League stage as well as the Bundesliga stage, he will provide a stern challenge for the back three of Piszczek, Sokratis and Bartra.

Aubameyang is on fire! Top of the Bundesliga scoring charts he looks to be favourite to capture the Torjägerkanone come the end of the season. With 23 goals in 23 games he averages a goal every 119 minutes. He also has a soft spot for scoring against the local rivals, notching four goals in the last seven games versus Schalke. Spearheading Dortmund’s quick transitional play he is beginning to form a deadly partnership with Ousmane Dembélé. Schalke will have their hands full with Aubameyang come Saturday, if they concentrate on stopping the supply to the Gabonese international he has the skill and ability to create a chance from almost nothing—cutting inside he can soon turn even the best defences inside out.