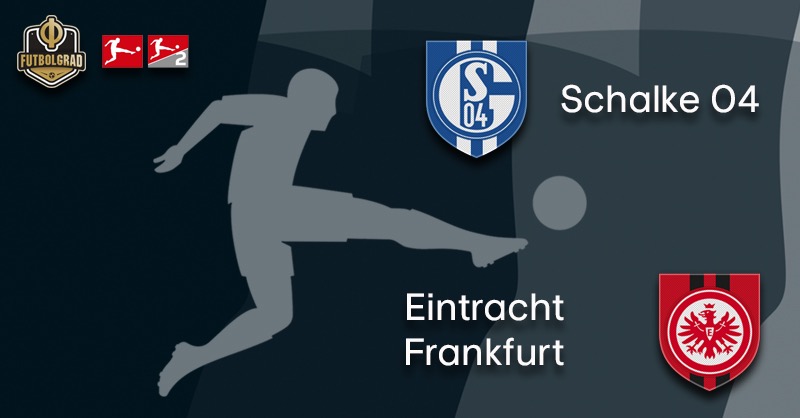 Schalke vs Frankfurt will take place at the Veltins-Arena. (Photo by Alex Grimm/Bongarts/Getty Images)

Schalke’s situation remains difficult. On Wednesday die Knappen were eliminated by Werder Bremen in the quarterfinal of the DFB Pokal, which ended all hope that Schalke could qualify for Europe after all.

What remains for Schalke is the relegation battle in the Bundesliga. Just six points separate the Royal Blues from VfB Stuttgart, who currently occupy the promotion/relegation playoff spot. “The DFB Pokal is a chance [to forget the relegation battle],” Schalke head coach Huub Stevens suggested before the game.

But Werder were too strong and what remains is disappointment. “I know what the problems are, but I can’t say what exactly they are,” Stevens said after the game without going into any more details. “I have certainly made several mistakes in the four weeks I have been in charge, I just don’t know yet what exactly the mistakes were,” he added.

Stevens is a Bundesliga veteran, but even the 65-year-old former UEFA Cup winner cannot explain Schalke’s disappointing season that has led last season’s runner-ups to the edge of Bundesliga relegation. Hence, the only thing that could help is success on the pitch.

But that will not be easy on Saturday against a high-flying Eintracht Frankfurt side, who are on the edge of Champions League qualification. Currently in fourth-place that would be enough to qualify for the Champions League group stage but Frankfurt are also still in the Europa League where they face a manageable opponent in Benfica.

In fact, it will be a bit of a balance for Frankfurt on Saturday between Bundesliga and Europa League. But the Eagles, unlike any other Bundesliga side this season, have done well to balance European and domestic football this season. In fact, Frankfurt have never before managed 49 points after 27 games.

Even in 1991/92 when Frankfurt came close to the Bundesliga title, Frankfurt had “only” collected 48 points from the first 27 games. One reason for Frankfurt’s success has been the ability to shut down the opponents in the transition game as the Eagles have conceded just one goal from a counter situation this season.

“The transition game has been excellent. Our boys do very well to fall back when the pressing does not work. Every one of our midfielders has been excellent in that category this season,” sporting director Fredi Bobić told the media this week. Frankfurt are third in the Bundesliga when it comes to winning the ball in the opponents half (140 times) and have also scored the third most goals after counter situations.

Hence, for Schalke, it will be a challenging game on Saturday. Die Knappen need the points, but it is hard to break down Frankfurt, who are excellent in pressing, defensive work and counter football, which overall makes the Eagles the favourites to collect further points on their way to the Champions League.

Schalke vs Frankfurt – Players to look out for:

Goalkeeper Alexander Nübel is one of the few positive stories of Schalke’s forgettable season. The 22-year-old is considered one of Germany’s brightest goalkeeper prospects and has taken over the number one position from Ralf Fährmann. Nübel’s contract will be up in 2020, but the keeper recently told Germany’s WAZ newspaper that he would be “willing to discuss a new contract at the end of the season.” That in turn, would mean the end of Fährmann at Schalke, the 30-year-old does not want to be a number two. But all of that is the future; the present is Frankfurt where Nübel can expect a busy afternoon against the high-flying Eagles.

Makoto Hasebe is one of Frankfurt’s key players. “With his eyes, he screens everything and clears situations when a ball does get through midfield,” Bobić said this week. Hasebe, in the meantime, has a dream. “I want to play one more time in the Champions League,” the Japanese defender said to kicker this week. The way Frankfurt and Hasebe have been playing it is not impossible that Hasebe will be able to make his dream reality at the end of the season.