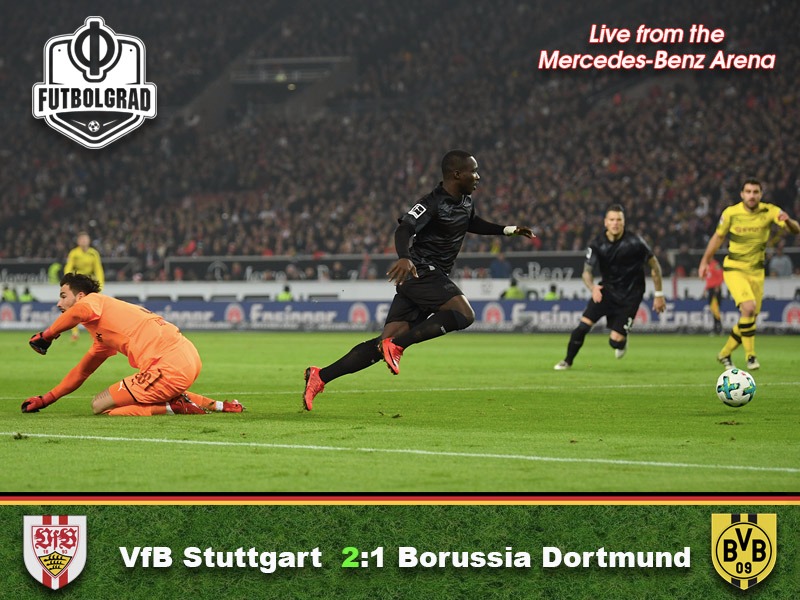 Stuttgart v Borussia Dortmund kicked off matchday 13 at the Mercedes-Benz Arena, and the Swabians shocked the Yellow and Blacks by taking all three points.

Stuttgart started the game aggressively and were awarded from the get-go after Chadrac Akolo stole the ball from Roman Bürki in the opening moments of the game and easily score for the opening goal. From there on Dortmund struggled to get into this match without their star striker Pierre-Emerick Aubameyang. The Gabonese striker was suspended for this match after showing up 30 minutes late to the final training session.

On several occasions, Dortmund broke forward without finding an outlet to finish the attack. It was not until the final moment of the first half that Dortmund finally scored after André Schürrle missed a penalty that was given after Benjamin Pavard had handled the ball in the penalty box.

Both sides had to make changes due to injuries during halftime. Dortmund had to take off Sokratis and bring on Dan-Axel Zagadou, and Stuttgart had to take off Chadrac Akolo, who was replaced by Josip Brekalo. The changes would be of significant consequence as Brekalo would score Stuttgart’s second goal after a breakaway in which the entire Dortmund defence, and Zagadou and Bürki in particular, looked poor once again.

The second goal seemingly shocked Dortmund, and it was not until the 60’ minute that the Yellow and Blacks showed signs of a response, while at the same time lacking the necessary weapons to manage a breakthrough in the attacking third truly. Instead, it was Stuttgart, who remained dangerous by hitting Dortmund on the counter-attack and had the Swabians with Brekalo and Takuma Asano wasting several chances to put away the match early on. Fortunately, for Stuttgart Dortmund had nothing to offer and the match ended with Stuttgart deservedly taking all three points.

Josip Brekalo came on in the second half to replace the injured Akolo. The forward not only became the first Croatian Bundesliga scorer for Stuttgart since Zvonimir Soldo, who scored for Stuttgart all the way back in 2005, but his constant breakaway meant that the Yellow and Blacks were never able to fully commit to sending everyone forward. 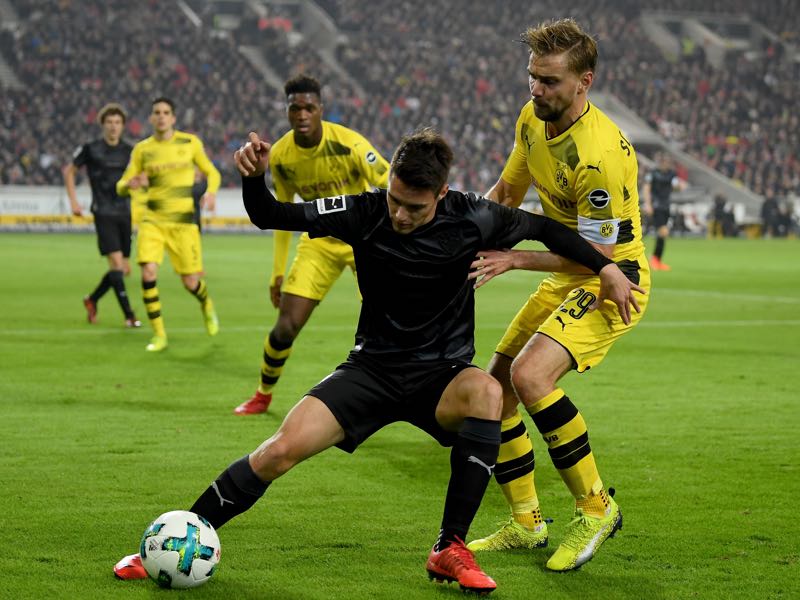 Without the suspended Aubameyang and the injured Christian Pulisic Borussia Dortmund were toothless. The Yellow and Blacks are currently a shadow of the side that started with seven wins and a draw into the season. Head coach Peter Bosz’s side lacks aggressiveness, creativity and the will to turn over results. Defensive weaknesses and lack of communication further round up a bleak picture and a season that started with a title challenge is now in danger of becoming a lost year. 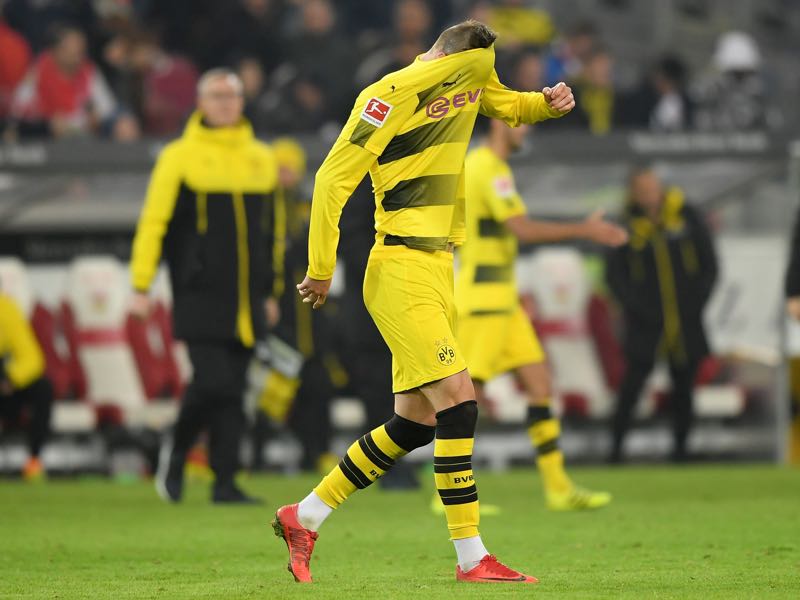