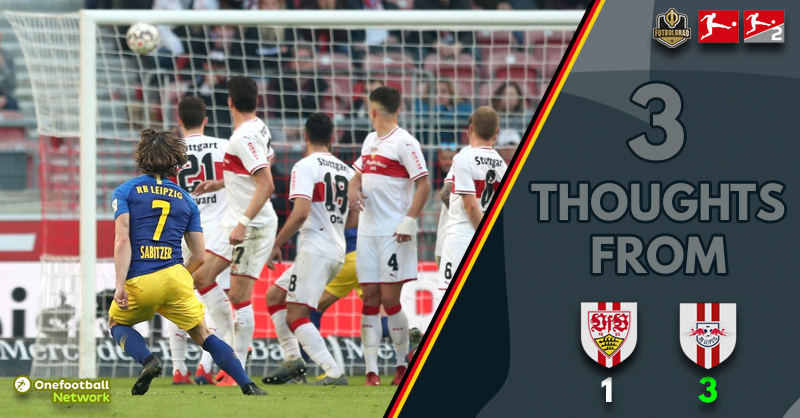 Stuttgart v RB Leipzig or relegation battle against Champions League aspirations. Both sides desperately needed the points, and it was hard fought match in which Leipzig’s talent edged it in the end.

Here are our thoughts from Stuttgart v RB Leipzig

“I think we played a poor first half with the exception of the first five minutes,” RB Leipzig head coach Ralf Rangnick said. “We didn’t play the way I wanted In the second half we played better, which was very important. “Nonetheless, it wasn’t an easy game. But it was important to win even if it wasn’t a great game by us,” Rangnick said.

Emil Forsberg was one victim. “He had to be treated with an injury but I don’t think it was anything serious. It was a difficult game for him to get back into you could tell he hasn’t played in four months,” Rangnick said. “It was difficult for him but I wasn’t too surprised because we didn’t play well overall as a team,” he added.

The same can be said for Werner. “I don’t think it was due to the opponent playing physical football. The songs against him are pretty normal we are used to it as RB Leipzig,” Rangnick said. “It is something that the players have to get used too,” Rangnick concluded. “At the same time it was also an important game for Timo, he has played for the club since he was ten years old. The fans, unfortunately, didn’t remember what he has done for the club, it is hard but he did well even though he wasn’t 100%,” Rangnick concluded.

Yussuf Poulsen was the man of the match. The forward scored twice and with his physical presence was better equipped to deal with Stuttgart’s defensive approach than his partner Timo Werner.

The Danish striker has developed into an attacking threat for RB Leipzig and has already scored 12 goals this season. That is as many as he has had in the Bundesliga going into the 2018/19 season. 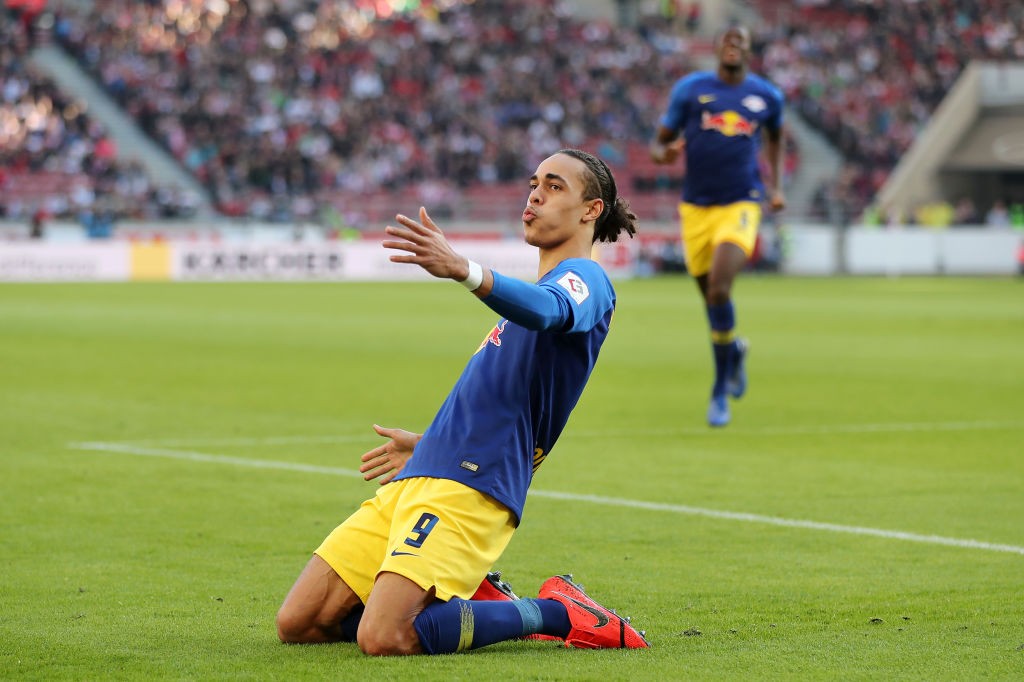 Poulsen has now past Werner in the internal goalscoring chart. Becking questions whether Poulsen is now Leipzig’s number one forward.

“I think you can’t compare the two,” Rangnick said. “I don’t actually think that Poulsen made his best game, I guess it is a good sign that even on an average day he can score twice. It is a matter of confidence for him at the moment,” Rangnick said about Poulsen.

“It was not our best game this season. But we worked hard, and we were very efficient. The chances that we had we capitalised on,” Poulsen said after the game.

“We played well from the fifth to the 68′ minute. We reacted well to the first goal and were closer to the second goal than Leipzig after we scored the penalty,” Stuttgart head coach Markus Weinzierl said. “The freekick was questionable in my opinion, the freekick goal decided the match. But from the fifth to the 68′ we were level, just need to be more consequential.

Weinzierl’s decision to leave out captain Christian Gentner was one talking point after the game. “We left Gentner out because we wanted to change the system. He will remain an important player, and our captain, it was just a matter of tactics,” Weinzierl said. But ultimately the tactics did not pay off.

How is the team affected by the fans demanding that President Wolfgang Dietrich should step down? “We are of course affected by it. It is our responsibility to do better,” Weinzierl said.

President Dietrich is not the only personality under fire, however. The head coach had won just three of his 14 games with the club for a point average of just 0.74 going into the match and tonight’s result will not improve his average.

“I can’t complain to much about our team. The decisive moment was a freekick against us, and I don’t really have time to worry about my future,” Weinzierl said when he was asked whether he was worried about his future at the club. “Overall, I think the game was much better than the performance we showed in Düsseldorf last week,” he concluded.

With Thomas Hitzlsperger appointed as the new sporting director this week, Weinzierl had won some time. But Weinzierl needs to deliver if he wants to keep his job here in Stuttgart.